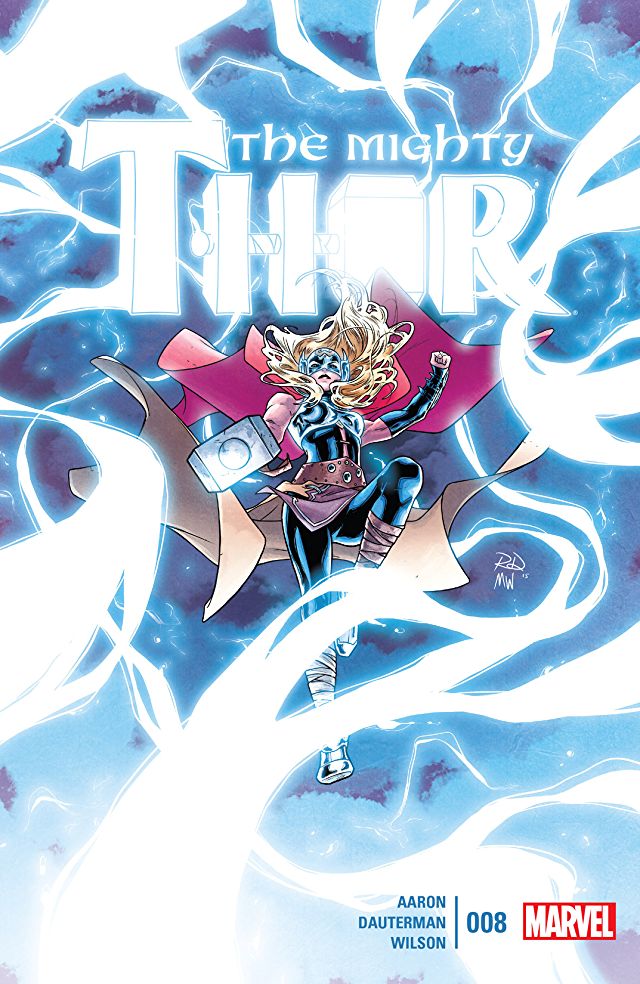 So, I was sitting here, thinking of how to start this review and something occurred to me; the Thor movies would be much better off if they started taking cues from Jason Aaron’s playbook over the last few years in Thor: God of Thunder and now, The Mighty Thor. The movies aren’t necessarily bad, per se, but they’re definitely the weak link in the Marvel Cinematic Universe. I’ve never seen a franchise go 0 to 100 from “building a hero” to “swords and sorcery romcom” in two movies.

At least with the Transformers movies, it took a solid three to four movies for Optimus Prime to go from “noble Superman-like hero of the Nintendo generation” to “sociopath mecha version of Chuck Norris” so Michael Bay could lay claim to something vaguely resembling character development. Jason Aaron has given his characters so much nuance and offered up such a wonderful blend of gravitas and lightheartedness, it’s an absolute mystery that Marvel Studios doesn’t seem to have even tried to incorporate some of the more colorful aspects of the mythology into the films so we can have a plot aside from “Thor saves Jane Foster from things while Loki outcharms the whole goddamned cast.” Alas, I guess we’re just stuck with Aaron’s superb series, The Mighty Thor. 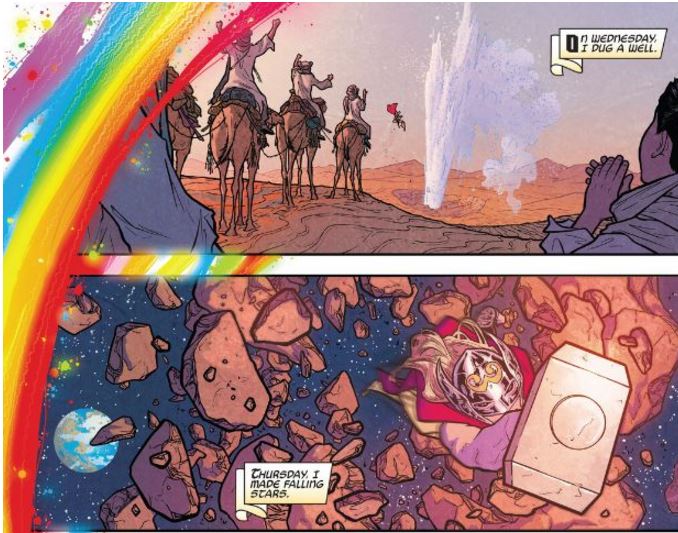 Where Issue #7 sort of veered off the paved road and took a small, bizarrely drawn detour to do some setup for upcoming conflicts, Issue #8 drives us back onto the main road. We get a brief look into Jane’s daily beat as the Goddess of Thunder just before she receives an unpleasant visit from SHIELD. This issue was at its most effective when it conveys that, while being Thor is absolutely a responsibility that is not taken lightly, being a bulletproof hammer slinging hero/god is basically a Roman Holiday when you’re dying of cancer. 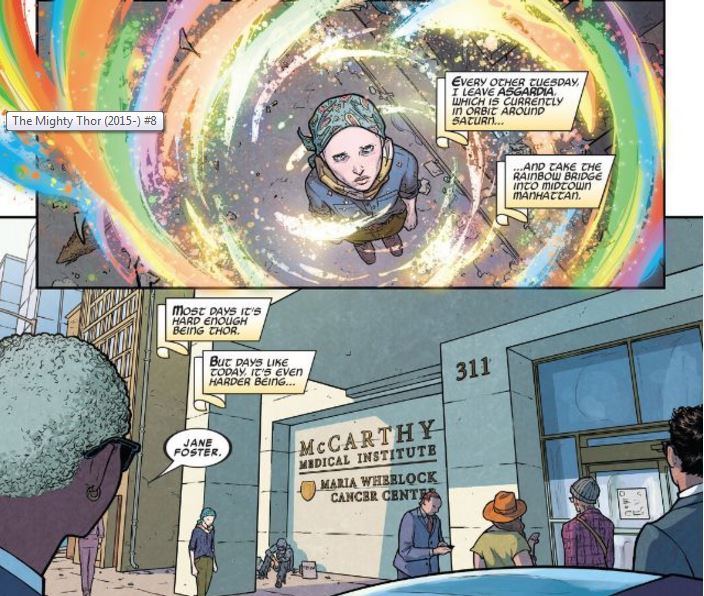 The return of Agent Roz Solomon is greatly appreciated here and her dynamic with Jane is totally satisfying if you’re a fan of either of these characters. Meanwhile, the infinitely entertaining minotaur robber baron, Dario Agger’s recent hostile acquisitions have raised the collective eyebrow of the Midgard’s criminal element. This storyline is essentially why I love Dario Agger. His zany, cartoonishly sinister antics here are what make him one of the most fun Thor villains in years, second to only Aaron’s Malekith. Once again, Russell Dauterman is the visual glue that makes this book work. One little quirk that stuck out to me this month was that Dauterman seems to make it a point to make Jane’s transformations into Thor stand out a little differently every time. It’s those little details that this book feel like an ongoing work of art akin to a mural that evolves and tells an epic story as it goes on.

Bottom Line: A fairly even paced script, some well placed cameos, a satisfying villain and some of the best visuals in the business all come together to keep this book one of the most consistently pieces of entertainment Marvel could dream up.

9.5 Distressed Natalie Portmans out of 10