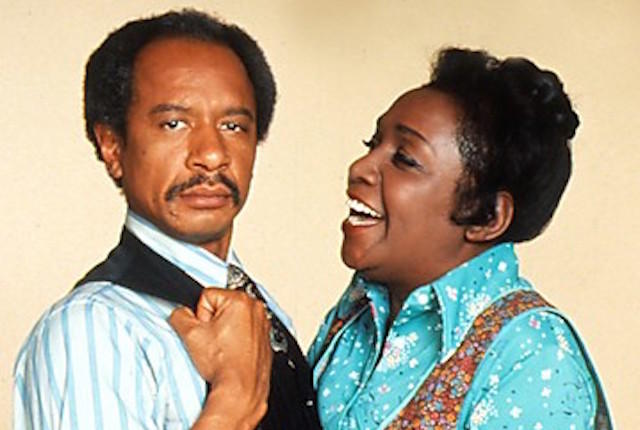 So I’m cruising through the Black Nerd Problems break room, living my best life: got my too-big sweatpants on with a “Ask Me About My Black Feminist Agenda” t-shirt. Hair is turban’d. Gold earrings flashing. Kindle is heavy with new books to read. I’m just here for a cuppa coffee and a donut, then it is back to the reading couch for me. While picking out my favorite (old-fashioned cake), I hear Bartley saying over his powdered donut: “Moesha was one of the top 5 best Black Sitcoms of all time.” 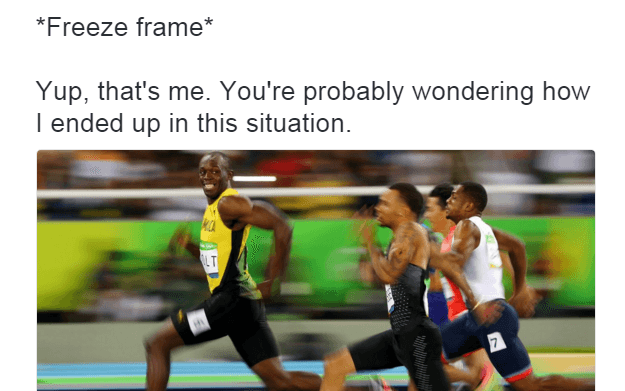 Of all time? I don’t think those words mean what you think they mean, my young friend. So I went back to the Lost Library and started writing.

Here are the ground rules: Black sitcom. Not currently in Production. And when I say “Black” I mean a sitcom that starred Black people engaging in the usual situational comedy hijinks. I’m not including anything that was really a vehicle for white folks to be white, but with significant Black characters — so Different Strokes, Webster, etc. are all right out. In chronological order, here are your REAL Top 5 Black Sitcoms of all Time!

[title type=”h2″]The Jeffersons (1972-1985)[/title]
This was a tight race here in the OG category. There were a number of contenders, Good Times and Sanford & Son top among them. But I feel like, in terms of long-term hilarity, Louise and George Jefferson take the cake. The theme song? THE THEME SONG!?!


Classic. A little funky but mostly the epitome of 70s style, with the memorable lyrics which were mandatory back in the day. It is deeply aspirational. Aren’t we all, in the end, wishing we could move on up? To an East Side Apartment in the SKYYYYYY?
Don’t pretend like you don’t know this song. You do. Your ancestors taught you this song.

The whole series was shot in like two sets: the living room and the kitchen. Sometimes they went into the bedroom or the hallway of the high-rise. Half the comedy just consisted of people coming and going between the two sets — which when you really think about it, is about how most of my funny conversations at home go down. Rounding out the cast was Florence, the housekeeper; the inter-racial couple, The Willis’, from next door; and the quirky Brit, Harry Bentley from across the hall. This set-up allowed the show to poke fun at not only the nouveau riche Jeffersons, but also popular feelings about marriage between Black and White people, and cross-cultural misunderstandings. Much of the humor of the show consisted of George Jefferson saying something so rude an ordinary Black person wouldn’t say it in mixed company, then everyone else reacting to it. This show featured a balanced cast and firmly set Isabel Sanford, Sherman Hemsley, and Marla Gibbs as Black comedy stars of their generation, for good reason.
A Note here about The Cosby Show: Black folks have debated this in many ways, how we can appreciate the gifts that Bill Cosby (as Larry Wilmore called him, That Motherf*cker) gave us while also remaining 100% critical of his crimes. In that spirit, while I appreciate that he is truly one of the funniest men of his era and that The Cosby Show ushered in a new television age, I also prefer to give credit to those who came in through the door he opened. For that reason, The Cosby Show doesn’t make my list. That Motherf*cker doesn’t deserve any more shine.

[title type=”h2″]A Different World (1987-1993)[/title]
We can all agree, A Different World is a Top 5 show. Let me give you some perspective on this — in 1987, when the show started, I was a sophomore in high school. I attended a Historically Black University (Fisk Forever!) in 1992, due in no small part, to the Black College Life this show imagined. And we all knew it on campus. We all talked about it. This show, more than any other, set out ideals of success, education, and relationships for my college generation. If The Jeffersons was a show about financial success, and by extension about a drive to get rich, A Different World was about our dedication to education and community, and by extension about our drive to improve ourselves and our futures beyond just money. It also had another memorable opening sequence:

And you know what’s more? It was funny as all hell.

Every person was well cast, and as they aged as a crew, their timing sharpened to perfection. You always knew just when Dwayne was going to flip his sunglasses up (HIS FLIP SUN GLASSES! WHO DIDN’T WANT A PAIR?) or when Whitley was going to flounce her hair and pour on that “Bless her heart” charm. Physical comedy, witty dialog, teenage romance, typical sitcom misunderstandings, the whole thing. It brought the family comedy of The Cosby Show to the twentysomething crowd and recentered on young Black women at a moment that was critical for me and mine. This show taught us to laugh, but be critical. To lift each other up, but be honest. This show gave us every flavor of Blackness, both shade and shine, and it loved them all, and encouraged us all to do the same.

[title type=”h2″]The Fresh Prince of Bel-Air (1990-1996)[/title]
Another point of agreement, Fresh Prince is the often imitated, never duplicated, original #1 hip-hop sit-com. Building on other shows, including The Cosby Show, Fresh Prince remixed them with Will Smith’s suburban, parent-friendly style and added a cast of characters that was hard to beat: Carlson’s nerd dance is a classic, as is Ashley’s eye-roll, and Geoffrey Butler (he was a butler who’s last name was Butler, for the love of comedy) was a walking homage to Robert Guillaume’s Benson (a show not eligible for this list on account of the whiteness, but it was funny none-the-less).
One more time, the intro:

The show continued through a change of mom (what a scandal that was) and the growing pains of all the young actors/actresses. This was Will Smith in the role he perfected — casual, cheeky, handsome — which belied a consummate professional who has gone on to succeed in almost every medium available to him. It doesn’t matter that he’s been in some truly bad movies (After Earth, really?) dude founded an entertainment dynasty off the back of this show and I’m here for it. Plus, this is my one, single most used gif of all time:

A Note here about Moesha: This, chronologically, is where Moesha (1996-2001) would go, if I were to include it in my list. I didn’t. I did an informal survey, asking people if they liked the show. 9 out of 10 of them told me about their aunt/cousin/friend Moesha who was expecting/graduating/moving to France. One person mentioned the sit-com, but I suspect they’re related to Brandy.

[title type=”h2″]Living Single (1993-1998)[/title]
Four Black women living together and building family? This is a show that deserves more love. It was solid sit-com gold of the mid-90s, taking the standard “single women living together” trope and giving it a Black spin. Queen Latifah in her starring role as Khadijah, teamed up with Kim Coles from In Living Color (another non-eligible but excellent show), Erika Alexander (who’s in EVERYDAMNSHOW), and Kim Fields (who practically invented spunky Black girl way back in the days of The Facts of Life). It was the end of the age of the great intros too:

My love for this show extends beyond just the cast to the wacky normalcy with which they are portrayed, and the sisterhood they share across their own diversity — class, interests, and backgrounds. In the ongoing project of showing Black people, and especially Black women, as more than cardboard cutouts or copies of white women, Living Single really took it to the next level. Black men showed up with their comedy too, acting as neighbors/love interests/friends of Khadijah and the rest, to great effect. It was the first sitcom to feature 4 Black women in lead roles and was the most watched show by African Americans all 5 years it ran. No wonder.

[title type=”h2″]Everybody Hates Chris (2005-2009) [/title]
Honestly, I’m surprised by how much I like this show. By the time it came out, most of my prime-time television watching days were behind me. But something about the combination of Chris Rock’s extra emotive delivery mixed with his young persona’s deadpan style really got me. The show had sepia-toned throwbacks to Good Times and community life in an apartment building, while also being 100% modern. Unfortunately, it had an awful intro.

*shakes head sadly*
But beyond that, all the beats that made the previous family shows successful are here — the parents trying to keep it all together, the sibling rivalries, the neighbors who help and hurt in equal measures — now added to the adult voice-over trope to perfection. It also took us into Chris’s school life as one of few Black students in his school, in a way that was both poignant and funny. It didn’t fall to self-pitying or attempting to shame other members of his Black community. Lastly, it integrated adult Chris Rock’s stand-up hits in a way that was organic and original, not flat (see My Wife and Kids for how not to do this). In the end, if I recommend The Jeffersons as a great Black sitcom because it resonated with who I wanted to be when I grew up, I recommend Everybody Hates Chris because it resonates with the kind of kid I think I was back then. No, I know I was this kid in 1982:

While there is some agreement between my list and Savon’s, some shows are so influential they’ll always rise to the top, I think you’ll agree that *mine* is a truly definitive list. Or maybe you don’t. Bring your suggestions on Twitter or Facebook. But bring your best, stepping into a Black Nerd Problems Staff Beef isn’t for the weak.