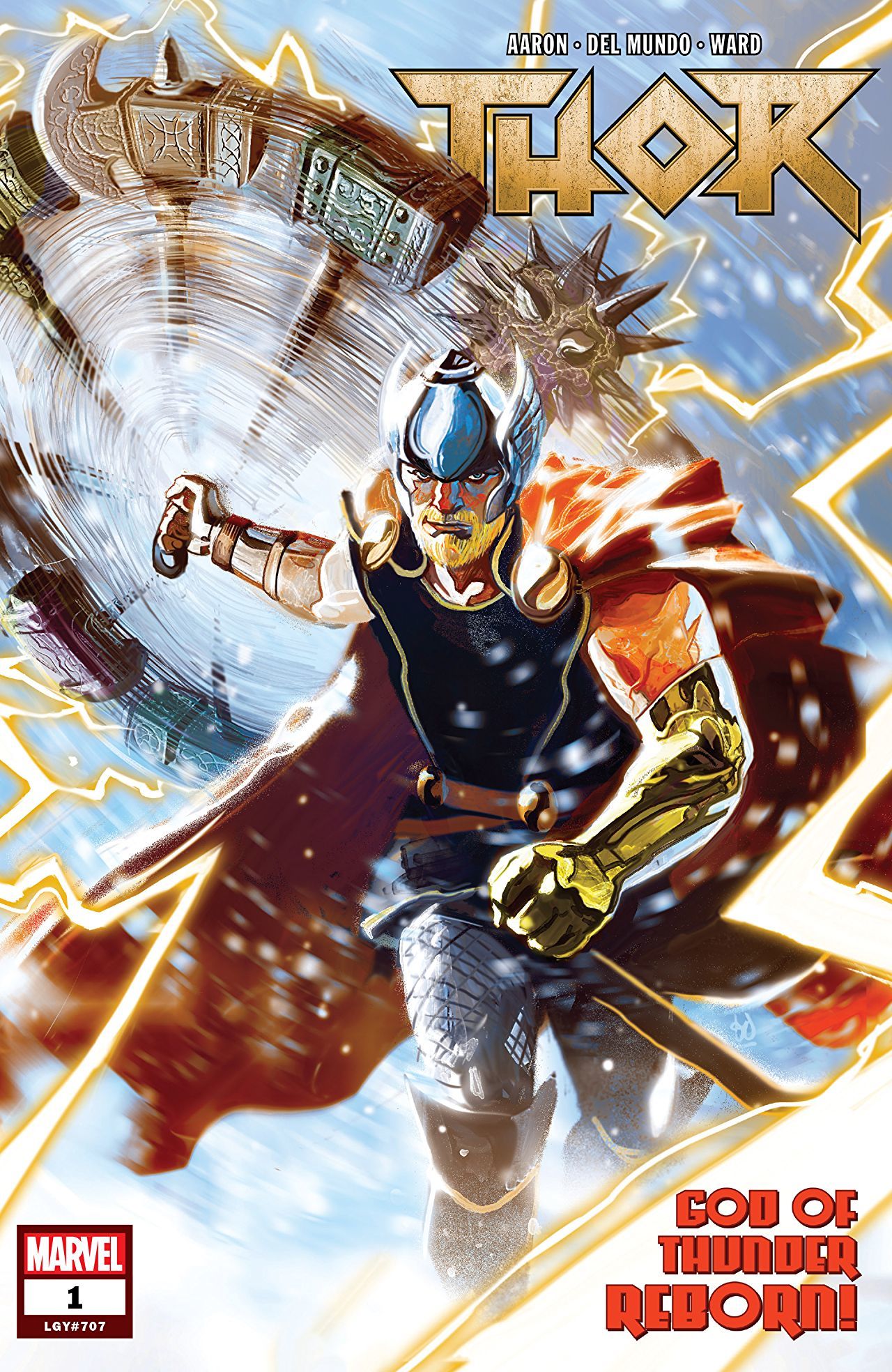 Comic books reboot and reset. This is a thing that happens in mainstream comics. Though it seems to be greatly reviled among fans for some reason, it doesn’t seem to be a tradition that’s going away anytime soon. With that in mind, it’s good to know that if one of Marvel’s best comics has to end and begin again or be renumbered, the quality remains. With the “death” of the Mighty Thor, Jason Aaron’s epic saga finds new life in Thor #1.

Though it’s more or less a continuation of the same ongoing story, the end of The Mighty Thor left this new series with a whole slew of conflicts for the Odinson, who’s finally back on watch as the God of Thunder (though Mjolnir is still out of commission). One of the interesting things about this book is that most of the male supporting cast takes a backseat aside from Thor and even he’s still trying to find his rhythm. The women end up doing a lot of the heavy lifting, maintaining the new status quo on Midgard as our hero (sans Bifrost) searches for a way to rejoin the effort to save all ten realms from Malekith. There’s enough obstacles that it’s pretty entertaining watching him “rough it” while the book still maintains the fun, adventurous sense of scale Aaron’s run is famous for. 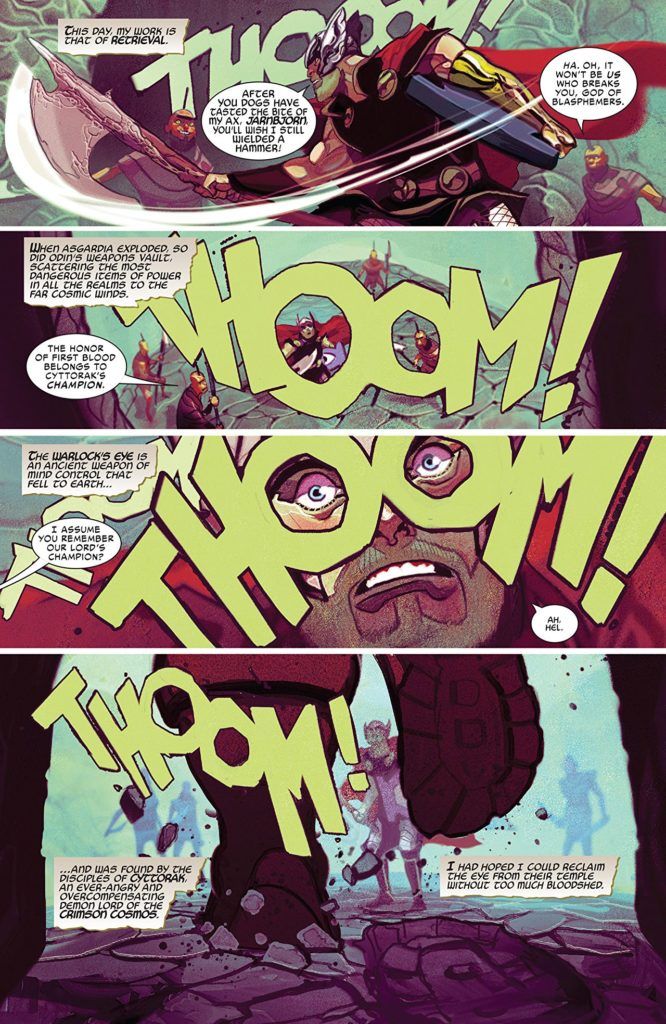 Mike Del Mundo has been handed the artwork torch previously held by such heavyweights as Esad Ribic and Russell Dauterman and so far, he’s leaving a pretty memorable mark. At first glance, once you’ve trained your eyes to Dauterman’s detailed linework, Del Mundo’s bizarre, dreamlike style takes some getting used to. But there’s a very “ancient legend” vibe to the color palette and a delicate balance between the comedic and the fantastic.

Bottom Line: The title and number may have changed, the mantle has changed hands, the hammer may be gone (for now) but Aaron is still giving out master classes in mythic storytelling. Issue #1 is a well paced, entertaining quick guide to get everyone up to speed on where our characters are in the scheme of things and where they’re headed. If you’ve liked any part of Jason Aaron’s saga, I suggest you get in on the ground floor and cop this book immediately.

9 Mechanical Chris Hemsworth eyes out of 10.

A New Thor starts here, but if you’re looking for other Thor comics we’ve covered, you can find them here.
Want to get Black Nerd Problems updates sent directly to you? Sign up here!
Follow us on Twitter, Facebook,Instagram, Tumblr, YouTube and Google+.