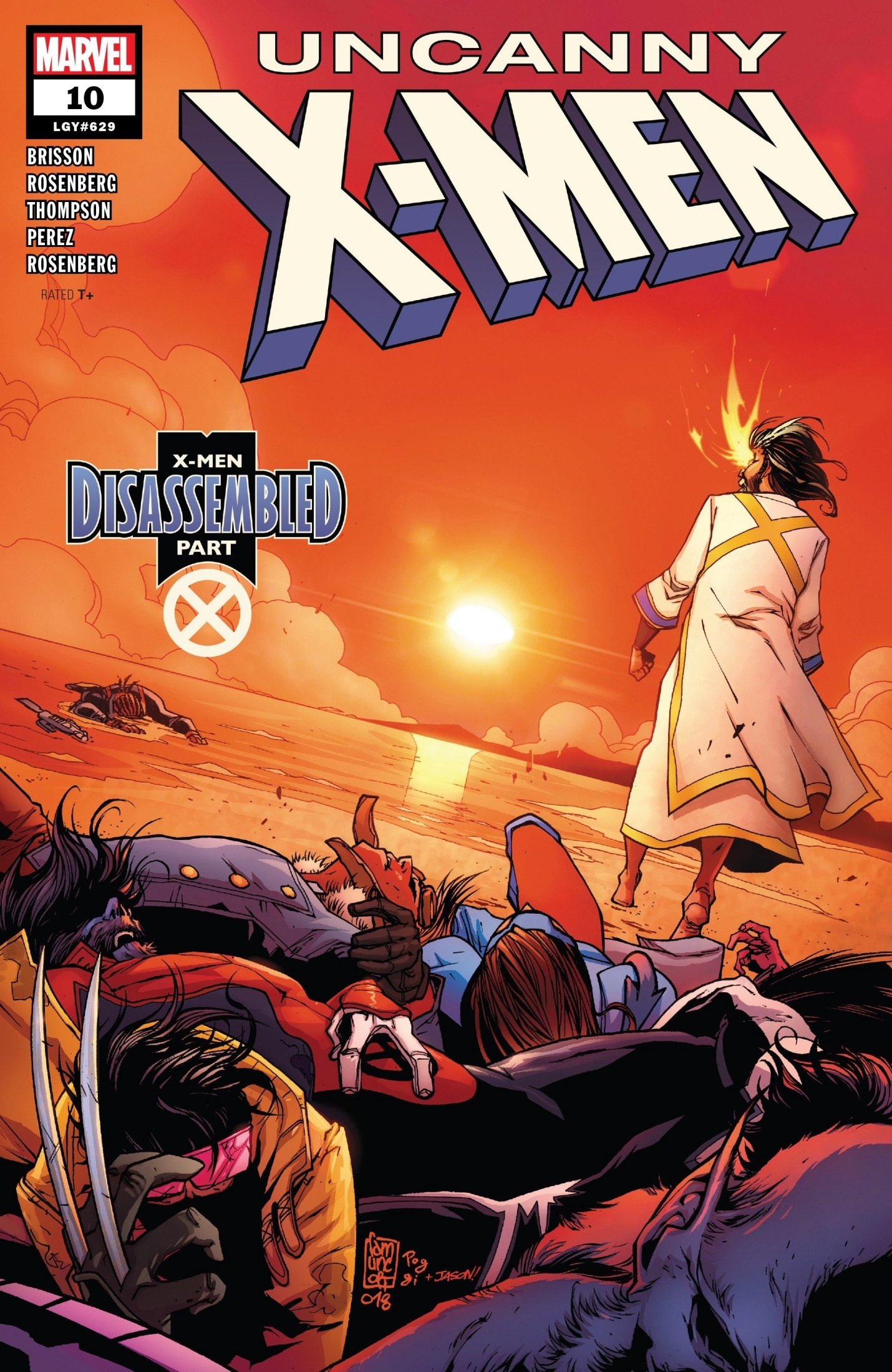 After ten issues, two and a half months, and a weekly shipping schedule, the X-Men have finally come undone. Will humanity and the world mourn those who protected it, even though they were hated, feared, and hunted? Or rather, will the world rejoice at finally being free from the fear of being replaced by a more powerful version of humanity? X-Man, having shed his birth name of Nate Grey, and taken over the body/mind of Legion, makes his final move to save the world from what he perceives as its greatest threat to utopia – the X-Men themselves.

“Some men like to pretend they are gods. Some just are.” – Nate Grey

In the previous issue, de facto team leader Jean Grey put out a telepathic call to all available former and current X-Men to take on the megalomaniacal X-Man.  Even with an inflated roster of all of your least favorite X-Men from the bottom of those Fleer Ultra card discount bins, the Children of the Atom are no match for Xavier’s heir apparent. In order to tip the scales back in their favour, Psylocke and Angel recycle the same tactic that freed Angel from X-Man’s control in order to release Storm’s mind from being used as one of the Horseman of Salvation. Free at last, and full of that real goddess rage, Storm strikes X-Man with a fury powerful enough to allow the team’s psy-chicks the time to separate X-Man from Legion. 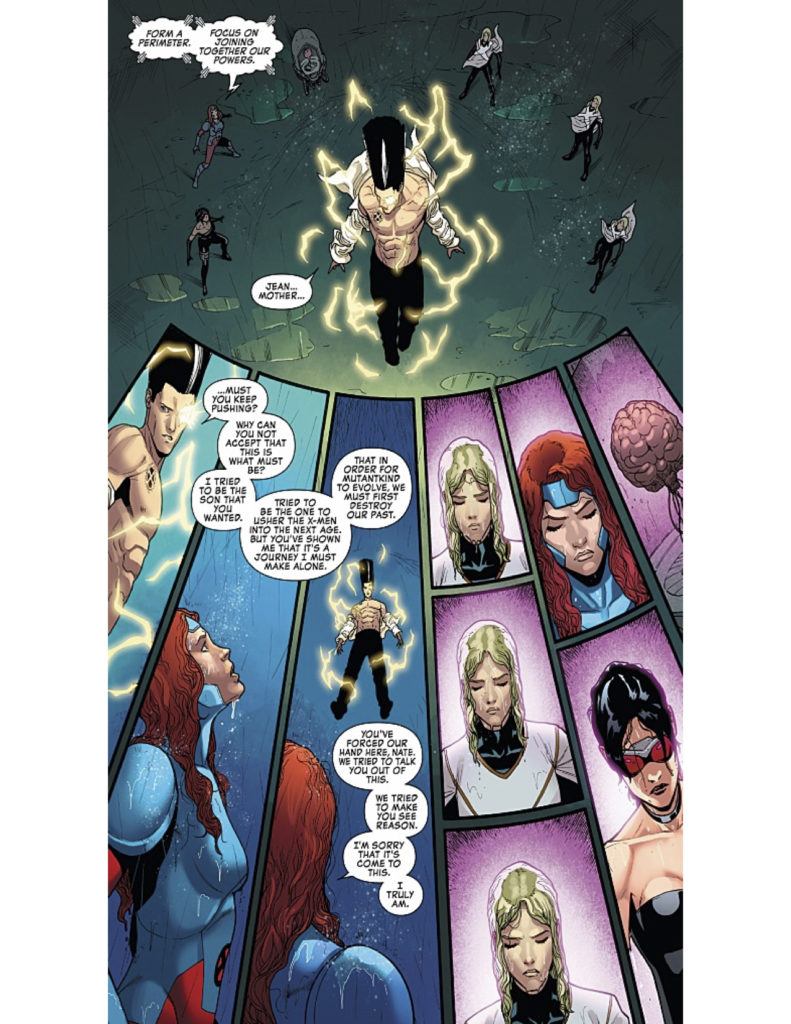 After the successful separation, Jean Grey remains trapped in the mind of her “son.” Unable to reach him even after sharing the world’s pain with him, even she succumbs to Nate Grey’s vanquishing of every mutant at the battle. When the dust settles, the X-Men are no more. In the aftermath, the anti-mutant vaccine becomes available to the public, and a lone X-man with ruby quartz glasses re-emerges to a world that celebrates the demise of the Homo Superior race.

After ten issues of so-so art, bloated rosters, and recycled intertwining plots, the next phase of Uncanny X-Men calls for smaller, more focused stories that can hopefully put some heart and soul back into Marvel’s marquee mutants.  Writer Matthew Rosenberg and artist Salvador Larrocca will join forces to put some respect back on the X, and hopefully tell stories that avoid anti-mutation vaccines, alternate realities, and the oft revisited death/resurrection/death cycle of main characters. In the current state of real-world affairs where bigotry and ignorance are rising just as steeply as the stock markets fall, an inherently political comic series like the X-Men should be in the fore of fighting injustice in popular culture.

This new era in X-Men storytelling arrives just in time for the deep winter. Choose your own journey here as the sheer amount of upcoming titles feels like bottom line overkill. Beginning with #11, Uncanny will ship bi-weekly, following the exploits of Cyclops and another freshly resurrected hairy mutant as they assemble a new team in the aftermath of X-Man’s victory. For answers to how Cyclops returned from death, look out for Uncanny X-Men Annual #1.  Meanwhile, see what became of the X-Men who fell in battle to Nate Grey with the “Age of X-Man” one shot, followed by the mini-series – The Marvelous X-Men, The Amazing Nightcrawler, NextGen, Prisoner X, Apocalypse and the X-Tracts, and The X-Tremists.