Here is something you should know. I absolutely adore the first Wreck-It Ralph film. It’s an amazing love letter to video games. Sure, the last act spends far too much time in the Mario Kartish Sugar Rush but it’s a great film that understands it’s audience. And when they announced the sequel, say no more. I’m already there. However, the more and more I hear about Ralph Breaks the Internet: Wreck-It Ralph 2 (unnecessarily long title by the way), the more I grow concerned. With the first trailer, it seems nothing in it could erase my fears about what this film is shaping up to be – less about video games and more about pop culture. 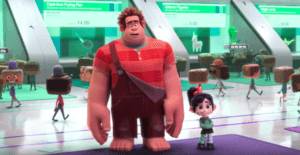 Don’t get me wrong, I’m all for Wreck-It Ralph tackling the internet and current pop culture. It’s an avenue that is rich in comedy gold and making fun of it is an opportunity you just can’t pass. I mean, who doesn’t love memes, top ten list, and cat videos? What worries me is that there will be too many of these moments where Disney will throw a million brands our way without actually focusing on the video games. And a lot of the trailer feels like that.

I cringed when Ebay’s logo shows up in the trailer. I feel like the parts where Ralph and Vanellope are exploring random aspects of the internet are going to take up a huge portion of the film, far more than I like. I could give it the benefit of the doubt and believe that this is only a small part of the movie but early previews suggest otherwise. I mean just read this article by io9 where Ralph and Vanellope meet Stormtroopers, Tsum Tsums, Marvel characters, and Disney Princesses. A little crossover promotion is great but this all seems like some Disney fan’s worse fanfiction nightmare.

Funny enough, the best part of the trailer is when they enter the overtly simple mobile game that the little girl – who I’m going to dub Moana’s distant grand-niece or something because nobody can tell me otherwise – is playing. It’s great. It gets everything about how zen and addictive mobile games can be and puts a nice comedic spin on it. My favorite parts of the original is when Ralph is exploring the other games – Heroes Duty and the kart building minigame in Sugar Rush. It’s a new experience for him, which sort of mimics how players feel their first time playing these games. I want more of that.

I don’t want Wreck-It Ralph to forget about the video games. There is so much to mine from gaming culture that feels like it’s being missed. Where the first Wreck-It focused one the arcade gaming of old, should the sequel not explore online multiplayer, mods, let’s plays, and all the different ways gaming has evolved since going online? I’m not mad, just disappointed. And now I feel like I’m a dotting old man talking to their child. See, the thing is that video game movies generally suck. However, Wreck-It Ralph is one those movies that felt like a genuinely felt like a great homage the best parts of gaming. I’ll remain optimistic with the sequel but the next trailer needs to show us it remembers the games. 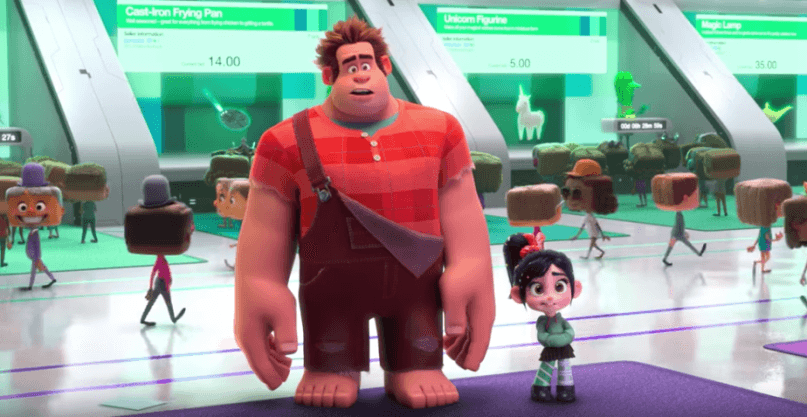