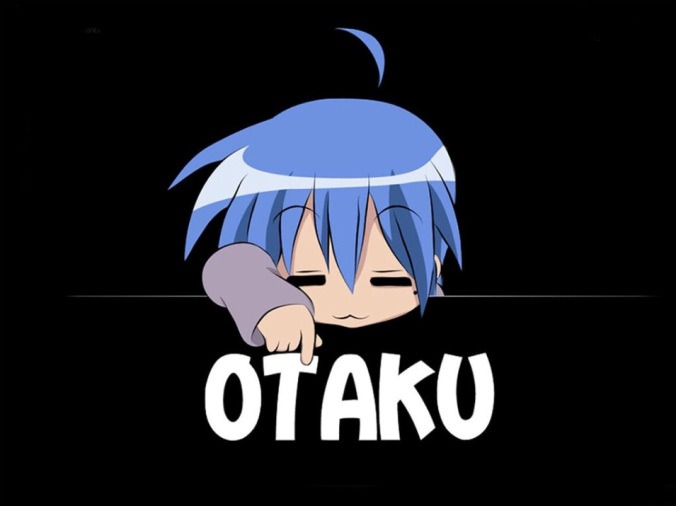 In the whole wide world of anime, there is no dearth of series and movies that qualify as innovative and important in the genre — and perhaps even in the world of animation as a whole. And when it comes down to individual tastes, every anime is essential to some otaku somewhere, for some reason. But when we talk about what is essential in this form of media — I mean, the founding fathers (or mothers, of course) of what is out there today — we’re talking about a specific group of shows and movies that changed the game.

These anime shaped the way anime is made, viewed, and consumed today, and there’s no way around that. These are the series and movies that everyone has an opinion about, that will come up in any otaku conversation — and with good reason. In no particular order, here are the top-10 essential anime all otaku should watch

This is non-negotiable. This is one of those crossover gems that not only changed people’s views of anime (and converted many viewers into hardcore otaku), but also changed what people thought an animated movie could do. A violent, high-speed, dystopian fantasy, Akira set the stage for sci-fi and cyberpunk anime, sub-genres that — even if they’re not your cup of tea or Red Bull, as the case may be — are undeniably important to the genre as a whole. In its critics’ consensus for the film, Rotten Tomatoes said, “Akira is distractingly bloody and violent, but its phenomenal animation and sheer kinetic energy helped set the standard for modern anime.”

This one’s just a land mime. If you’re an otaku (or any nerd, in fact, because this series also has mainstream appeal), you know better than to bring this one up in conversation, because you’ll be talking for days. An absurdly complicated, apocalyptic mecha series full of religious themes and imagery, Evangelion tends to elicit very positive or very negative responses from people — but either way, this series is like that person you’ve kinda been with on and off for a few years, and with whom there’s a whole bunch of drama and mixed feelings: If you could make a Facebook relationship status with this show, it’d be “It’s complicated.” But trudging through Evangelion‘s complex story and being able to tell the tale is somewhat of a rite of passage for many otaku… Just steer clear of the ones who’ll want to give you their dissertations on it. Consider yourself warned.

I’m grouping both Fullmetal Alchemist and Fullmetal Alchemist: Brotherhood together, though the latter is the more polished, glitzed-out version of the two. I watched Fullmetal Alchemist when I was about 12, and it was absolutely devastating — in the best way possible. The show is action-packed yet tender, heartbreaking yet funny, endlessly imaginative and utterly engaging on every level. Up to that point, I had never seen a show that so seamlessly explored moral grey areas, loss, politics and — as corny as it sounds — the power of friendship and familial bonds. The characters are interesting and flawed, and the Elric brothers are unmatched as dual protagonists in their passionate quest to push past the limits of what humans can do.

I’ve watched plenty of series that have seemed unparalleled at the time but eventually faded from my mind, and this was not one of them. It is still one of my favorite series, and I easily consider it one of the best anime series of all time. It’s on Netflix, so if you haven’t yet, check this one out. 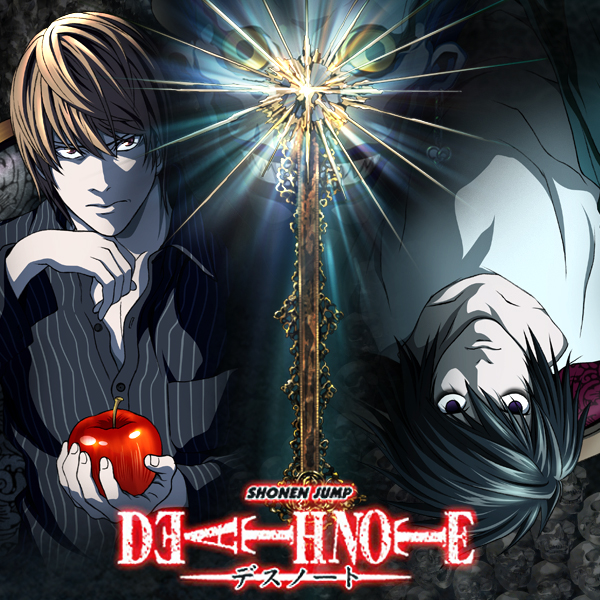 I recently re-watched this series, and it’s another one that is unmatched when it comes to the intricacies of the plot. It’s nothing new in terms of the set-up — in fact, it’s rather cliché: A killer and a detective engage in a high-stakes, cat-and-mouse game of wit and manipulation. But this series goes beyond that with the help of its supernatural elements: shinigami and the Death Note that sets the plot into motion.

Never does this series give the impression that anything less than the fate of the world is at stake in this fencing match between the main characters; both seek to occupy the moral high ground and bring the other down, and the result is a show that examines the complications involved in playing God.

Also see: Code Geass — This is right up there with Death Note for me in the list of the best anime I’ve ever watched. Incredibly smart and morally complicated, but with a political edge, this show is action-packed, engaging, and heartbreaking as well.

I’m going to group this together with Dragon Ball Z (but not GT; let’s not get crazy here), because these series were influential in a way many anime could only aspire to be. I was generally against putting shonen on this list because I think, as a sub-genre, they typically follow a very cookie-cutter formula in which it’s tough to find something new and innovative. However, in a lot of ways, Dragon Ball and Dragon Ball Z became the crafters of that formula you can still see in shonen today. They also had a mainstream following such that most people of my generation either watched the show themselves or at least know a friend or family member who did.

It was the quintessential hero’s journey, with fantasy elements and a message that stressed the importance of fighting not just for power or strength, but to protect what’s important to you. And what is more iconic than Goku powering up for three episodes straight? That’s right — Dragon Ball and Dragon Ball Z are ridiculous but still essential (and over 9000). I’m not a big fan of mecha, but I feel as though it would be an oversight to not include the Gundam franchise. Forget mecha—Gundam, with all of its incarnations, could be its own genre. Don’t believe that Gundam is an important part of the nerddom? Just google Gundam models or toys and see the number of results that come up. Or take a little trip over to Odaiba, Japan, to see the life-sized Gundam statue there. My personal favorite Gundam series is Mobile Suit Gundam Wing, which opened my eyes to a genre that I normally wouldn’t have even bothered to get into. Plus, I still have Endless Waltz on DVD.

Also see: Suisei no Gargantia (Gargantia on the Verdurous Planet) — This one’s super-new compared to the rest of the shows and movies on this list, but if you’re into a futuristic, sci-fi mecha that provides a critique on the politics of war, then this show’s a good one to watch. There are so many reasons to love Cowboy Bebop: the characters, who have a depth and mystery that make them so fascinating to watch; the stories, which are mostly self-contained but nonetheless have a distinct tone and character of their own; the music, which is just amazing. If I had to list all the anime series that feature broke bounty hunters in space, then I’d be writing this article through 2017. But Cowboy Bebop brings something new to the table, a unique sense of style that so artfully plays off of film noir and cowboy westerns and indulges in the aesthetics of the show more than anything else. And it’s hard to match such a simultaneously ridiculous and badass motley crew of characters as there are on Bebop. Don’t believe me? Just watch one episode. Or just watch the opening theme — you’ll be hooked by the end of the song.

Also see: Samurai Champloo — From the same fantastic director of Cowboy Bebop, Champloo has the same commitment to aesthetics and an equally engaging cast of rag-tag characters. Rather than the jazz stylings of Bebop, Champloo sports a decidedly hip-hop aesthetic, and the fight scenes (which combine break dancing with swordsmanship) are divine. Personally, I enjoy Champloo more than Bebop, partially for the aesthetic difference in the music and animation, but Bebop is definitely the front-runner of the two in terms of importance to the genre.

Here’s some shojo representation on the list. Shojo is always tough for me, because it’s not my most preferred sub-genre, but I always have to make an exception for Sailor Moon. For several years it was my favorite anime, and it still holds a special place in my heart. Sailor Moon was not the first to present the magical girl trope, but it definitely became iconic within the sub-genre. Usagi was a lazy, klutzy crybaby who did poorly in school and was always late, and yet she was also powerful and funny and willing to put everything on the line for the people she cared for.

The mythology behind the characters is what made this show more than a shallow “young-schoolgirls-get-powers-and-save-the-day” type of show, and its embrace of a flawed — and sometimes immature — protagonist, as well as its casual portrayal of nontraditional (read: not hetero-normative) relationships, was refreshing. Plus, the reach of the Sailor Moon fandom is remarkable. In fact, it has such a following that it was remade as Sailor Moon Crystal, an atrocious series that premiered in 2014 — but let’s not talk about that.

Also see: Revolutionary Girl Utena — Another important magical girl shojo, though probably not as popular as Sailor Moon in the States.

For some reason, it almost seems like cheating to include a Hayao Miyazaki film on this list, but it’s hard to think of a director who can match his influence, particularly in the world of animated films. For many people, Miyazaki’s films were an entryway into anime — and even more so, an entryway into worlds of fantasy, where spirits and giant bugs and magical flying machines are just the norm. There are many important Miyazaki films, but I think Princess Mononoke is particularly special.

Miyazaki’s films are never easy; they press you to pay attention to small details in the plot, and they always come with a message (pacifism, environmentalism, etc.) without overwhelming the actual story or feeling overbearing or preachy. Princess Mononoke has a story that is epic in scope, encompassing both the world of humans and the world of the gods, and artful visuals that were unmatched in its time.

Also see: Spirited Away — Seriously, if you haven’t seen this already, I don’t know what you’re doing with your life. See it right now. Really. Go.

Ghost in the Shell This is kind of the same deal as the Gundam franchise — even if you’re not a big sci-fi fan, you can’t deny the influence of Ghost in the Shell, which has produced several films and television series. This cyberpunk franchise can get kind of complicated and may not be for everyone — simply because it can take a few viewings to simply get what’s going on — but the animation is great, and if you can get on-board with this, you’ll become part of one of the most loyal otaku fanbases I know (besides Naruto fans, of course). If you’re just starting out with this one, I’d recommend the 1995 film or Ghost in the Shell: Stand Alone Complex.

There are so many more great anime series and movies out there! Did I forget any of your essential picks? Share in the Comments below.