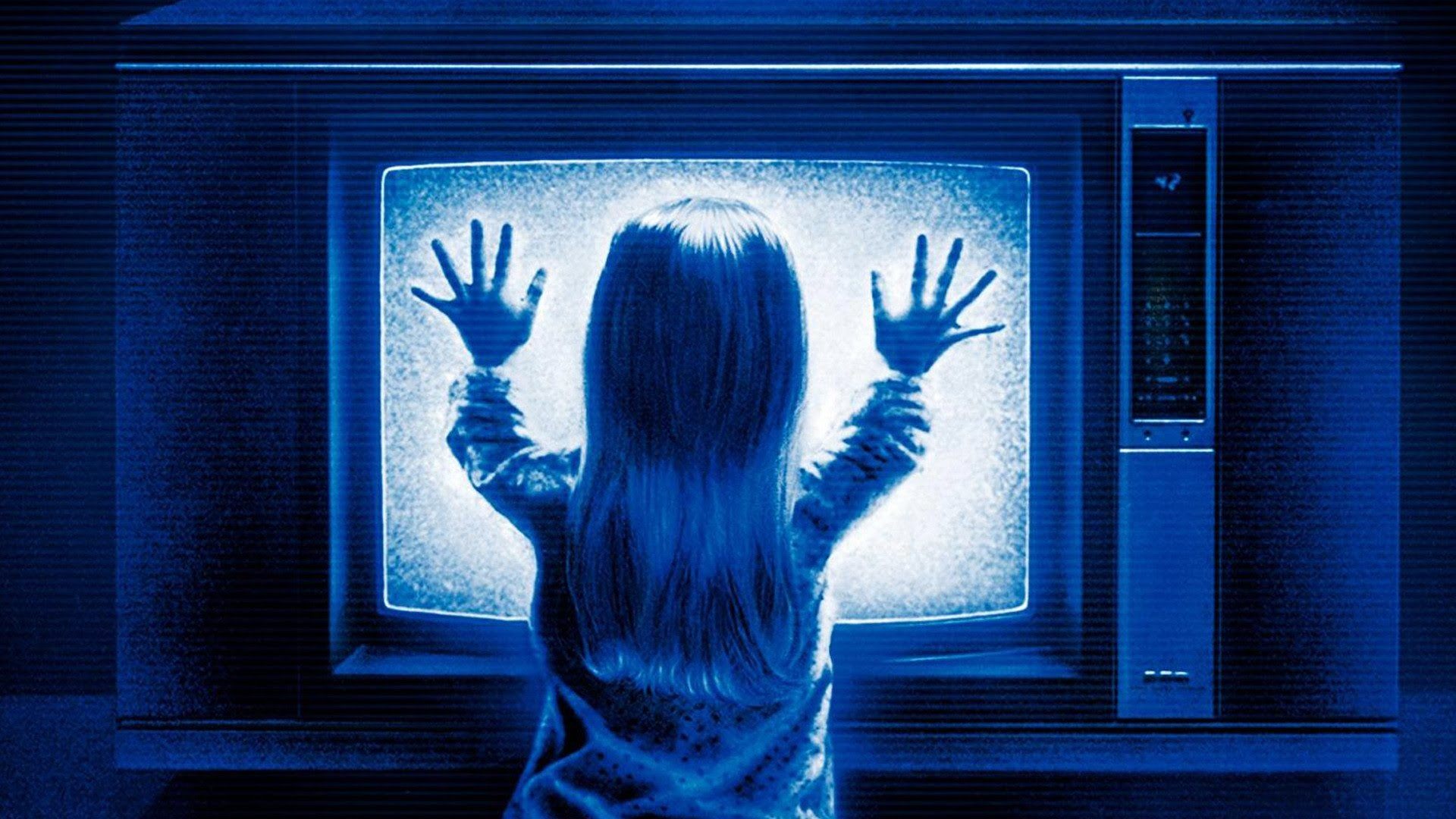 Every year in the Jordan-Jerome household, we throw an all-day Halloween Extravaganza where we eat food, drink alcohol and watch a marathon of Halloween movies. I’m going to share with you our 2017 Halloween movie list. Disclaimer, this is not my list of favorite movies, that would be the most difficult task. No, this is simply a list of movies we watched this year – and maybe you can enjoy them for Halloween too. 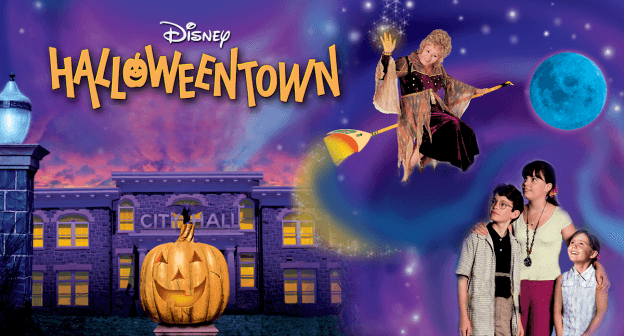 I find that most people have not heard of Halloweentown. It is the Disney TV movie that fills your heart with magic and bravery. It is the story of the Cromwell’s, a family of well known witches from Halloweentown. The only thing is, Gwen Cromwell Piper daughter of Aggie Cromwell (Debbie Reynolds) decided long ago to leave Halloweentown behind and raise her children in the mortal world. The Cromwell kids know nothing about magic or their inherent roots. BUT grandma Cromwell may change all that. The one day she is able to travel to the mortal world is Halloween, she comes to visit because a dark force is taking over Halloweentown and she needs another Cromwell to help defeat it. Of course mom Cromwell refuses, but the Cromwell kids sneak on the bus back to Halloweentown to figure it all out. It is a delightful story with, warlocks and goblins, skeletons and sister magic! And above anything – Debbie Reynolds is a treat! 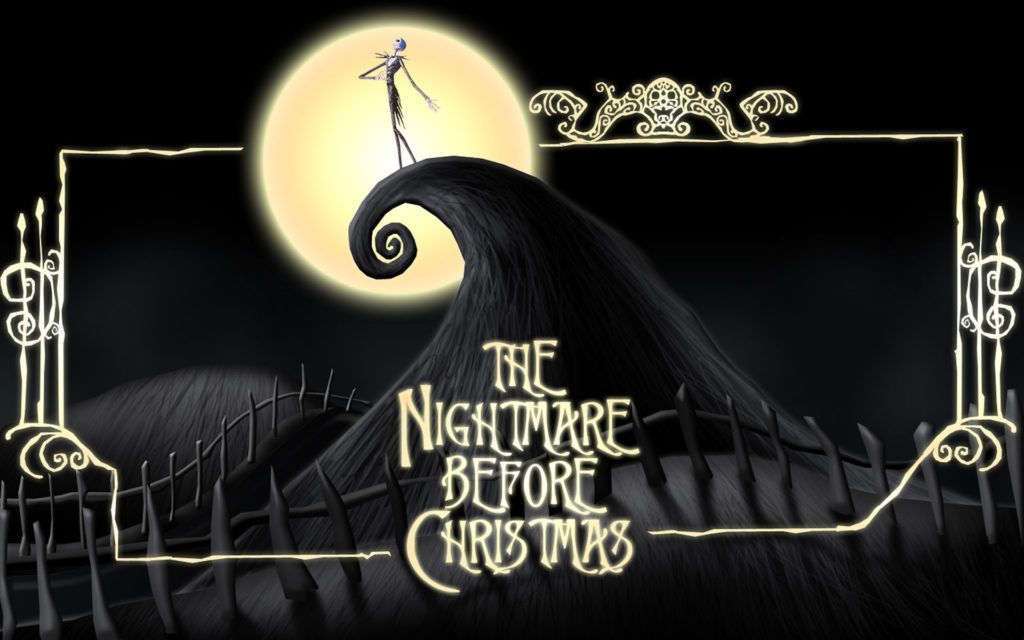 This film is a two for one deal, you can watch it on Christmas and Halloween. If you don’t know Nightmare Before Christmas, I suggest you call out sick now and go watch it, there is no excuse. This cult classic follows Jack Skellington the King of Halloween Town (different Halloween town.) We see him just after the night’s festivities and the town folk are running high on the hollows eve accomplishments. But Jack seems unamused, he wants more. After wandering in the woods, he happens upon Christmas Town. Convinced Christmas is what will satisfy his heart, he decides the town will take over Christmas this year. We see our favorite characters, the Boogie man, Lock, Stock and Barrel, and Sally the love interest, as this nightmare of a Christmas unfolds. For real, if you haven’t seen it…just go, now – do it!! 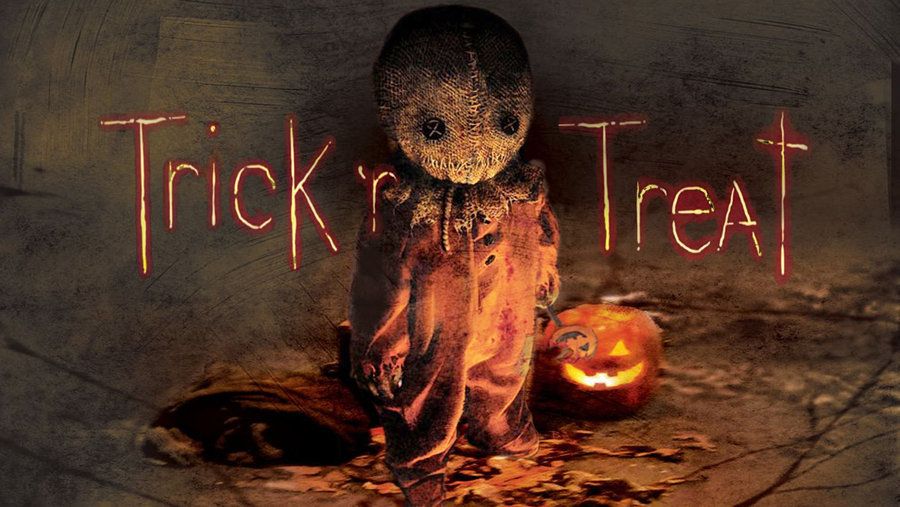 Now this is a classic in our household. A series of fables connected together by the spirit of Halloween that will murder you if you don’t follow the rules. Every year we play this film cuz it touches on all our favorites: lore, interwoven plot and story, jack o lanterns – seriously it’s like a million jack o lanterns – murder and the best werewolf transformation ever! We see the stories of several trick r treaters and Halloweeners going through their night, playing pranks, murdering each other and learning the spirit sawin will find you if you don’t keep the lanterns lit or give him something good to eat. Not only is it good ol fashion Halloween fun, it’s makes for the BEST drinking games. Beware, your night will take a turn if you have to drink every time you see a pumpkin…. 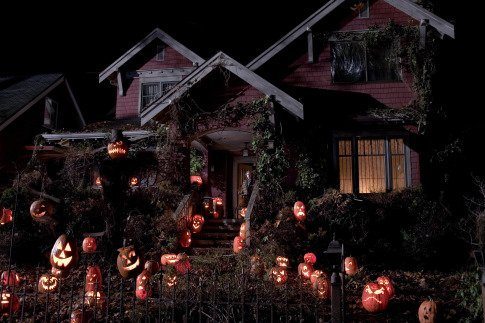 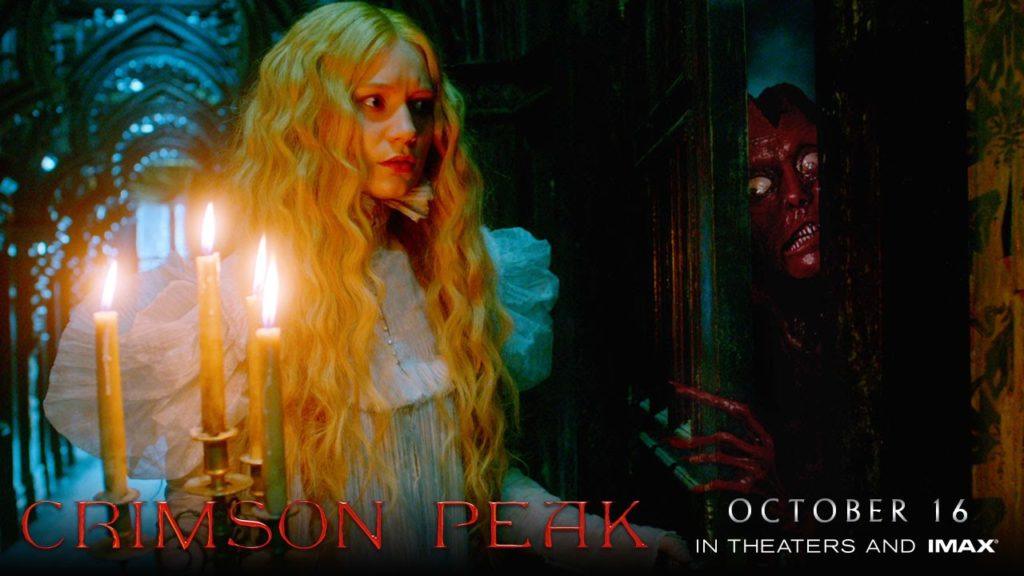 Now this was a guest’s pick. We put our desired movies in a cauldron, chose three and voted which to watch, landing on Crimson Peak. This film is a great ghostly flick with deceit, lies, kidnapping by love, and haunted houses in the mountains made of red clay. This movie stars our favorite British villain Tom Hiddleston and one of my fave Jessica Chastain. It does take some time to warm up to as there is quite a bit of set up, but the movie does not disappoint. With twists and turns and big reveals and honestly I’ll watch anything Guillermo Del Toro does! 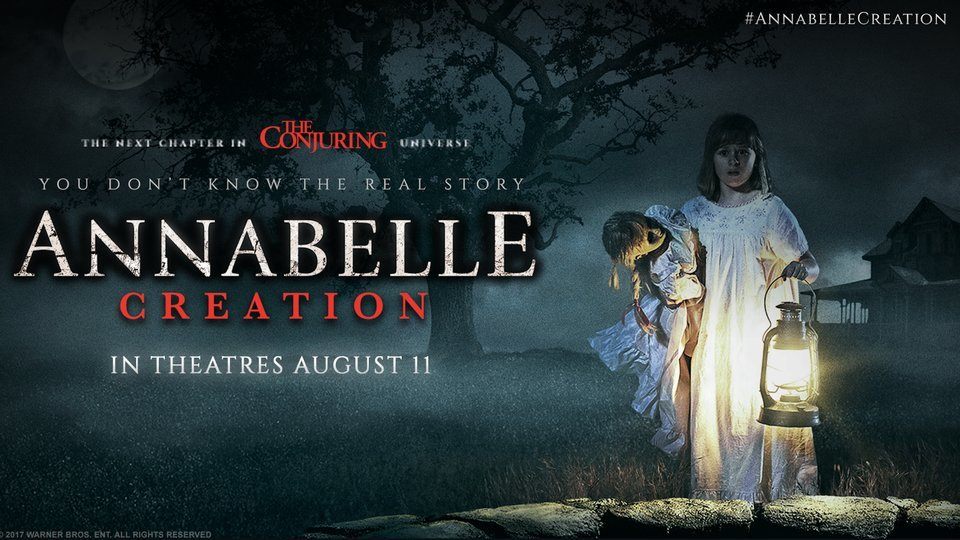 I know what you are thinking, Annabelle sucked! It did, I never watched it, and I probably never will. BUT my fav horror director and producer James Wan had a hand in this one, so I suggest checking it out. This is the creation story of how this doll became possessed with a demonic being. Great story, wonderful jump scares and possessed little girls, of course that’s scary!!! it follows the story of a family whose daughter was killed in a car crash, so naturally they open their home to an orphanage… We find out what lengths the couple went to stay connected to their little girl. I had never seen “Creation” so I gave it a try and it was entertaining – especially when food and drinks are involved. 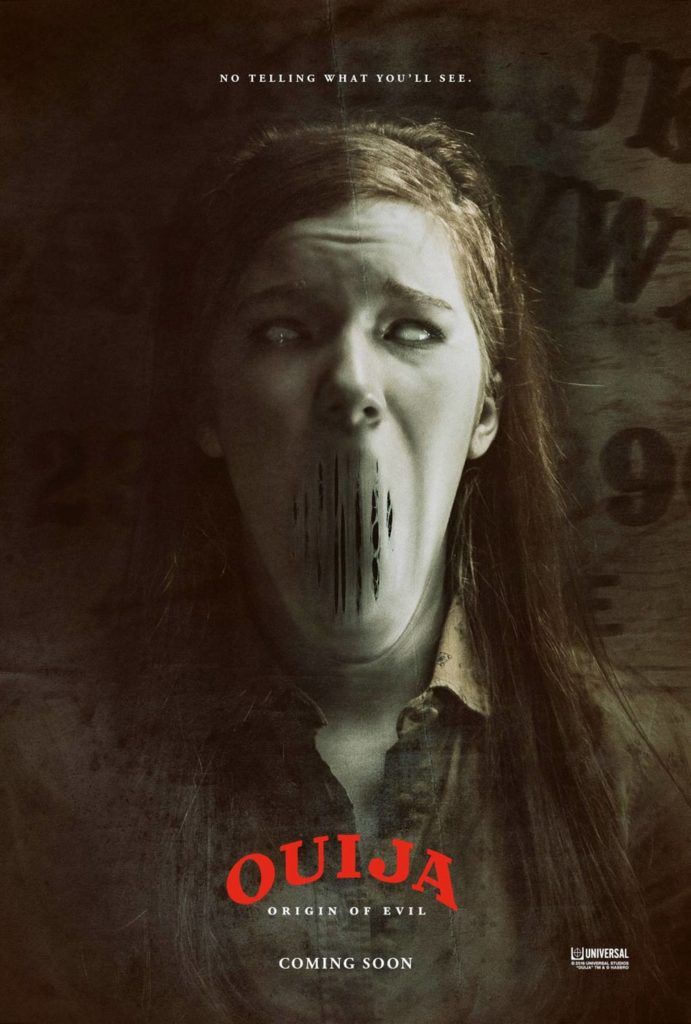 I know what you are thinking again… That Ouija movie sucked! Well we had a night of prequels because this film is set in the 60s before the bad I know what you did last summer type film a few years ago. The film tells the origin story of the demons who murdered a bunch of good looking young people in a bad movie made in 2014. We see the Zander family a widowed mother and two children who run a business as the town medium. Problem is, they use cheap tricks to summon the spirits. You find out the mother’s mom was a legit fortune teller and she felt it skipped a generation cuz she does not have the gift. But to make her business more lucrative, she purchases a hot new sleepover game Ouija. Through this, we see the youngest daughter may have inherited the family trait. In hopes of talking to their passed on dad they evoke a demon who made it’s way into the house insidiously. I was pleasantly surprised by this movie, added it to the list just cuz, and found myself riddled with jump scares, and completely invested in the story. 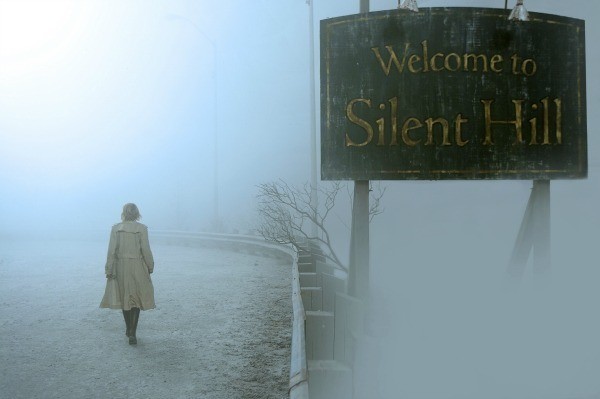 At this point in the night we took a detour from our scheduled programming and slid in another guest’s choice, Silent Hill. Silent Hill follows a mother Rose Da Silva (Radha Mitchell) father Christopher Da Silva (Sean Bean) and adopted daughter Sharon (Jodelle Ferland). The daughter has been having night terrors and sleepwalking mentioning some place called Silent Hill. So instead of going to the library and researching, the mom takes her to this abandoned town. A town which apparently was ravaged by a fire and is still smoldering and as they arrive constantly rains ash…I do not normally watch this film on Halloween – to quote my brother “This may be the scariest movie we watch tonight.” These are facts, not because of the jump scares or the storyline, but specifically for the horrific imagery. There are creatures and murders in this movie that will be etched in your mind forever. The iconic murderous nurses, burning babies that are chasing you and you have no weapons or any idea what is going on or where you are, people being burned alive…yea it’s intense. 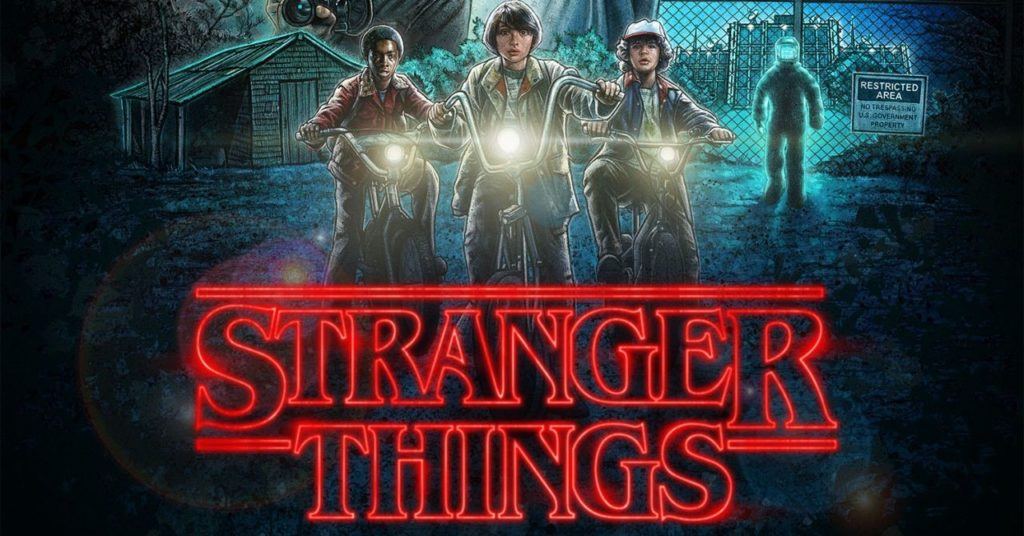 If you have not seen season one, I will keep it brief with no spoilers. Stranger Things is a story of the town Hawkins where mysterious experiments have been done on children giving them special abilities – one of which is the ability to find and hear people in real time for the purpose of spying on the Russians. Unbeknownst to the quiet town living their lives, an unworldly being is contacted and turns their lives upside down. This show has impeccable writing and story line, you cannot help but binge. Innocent Will is abducted and we spend the season searching for him with the help of his friends a girl named Eleven with special powers. Along with Will’s mom the real MVP, willing to do anything to get her son back. It is an alien horror with Goonies tendencies and it isn’t over after season one! Season two is a whole new bag of tricks… and I haven’t finished watching it so no spoilers!

So that’s our 2017 list. Stay tuned next year when we add the next film in the Insidious saga “The Last Key” coming out Jan 5th.