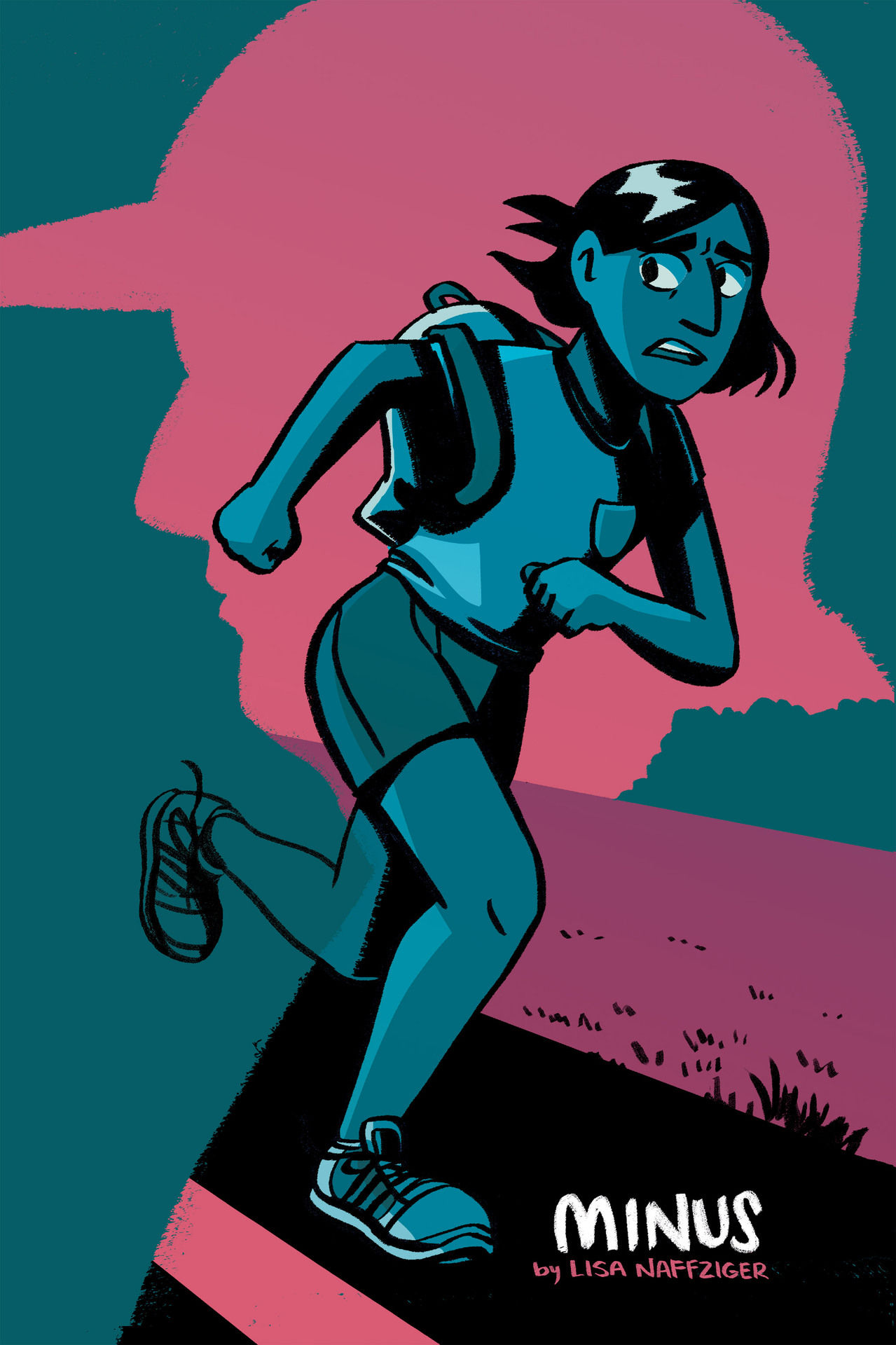 In the opening chapter of Naffziger’s Minus, there is an intimate sense of familiarity. I’m a little more than a decade apart from the days when my family was taking me to college, but watching Beck’s in the passenger seat of a car travel across the plain planes of Illinois as her father takes her to her first year of college, it elicited a particular sympathetic response. An understanding of a young teen ready to leave the shelter of home and family in an attempt to start fresh. A kinship with Beck carrying a stuffed cat named Minus, the novel’s namesake, around as a reminder of simpler times during the weird transition. The shared panic when Beck finds herself alone in a gas station after hearing gunshots and her dad is no where to be found. 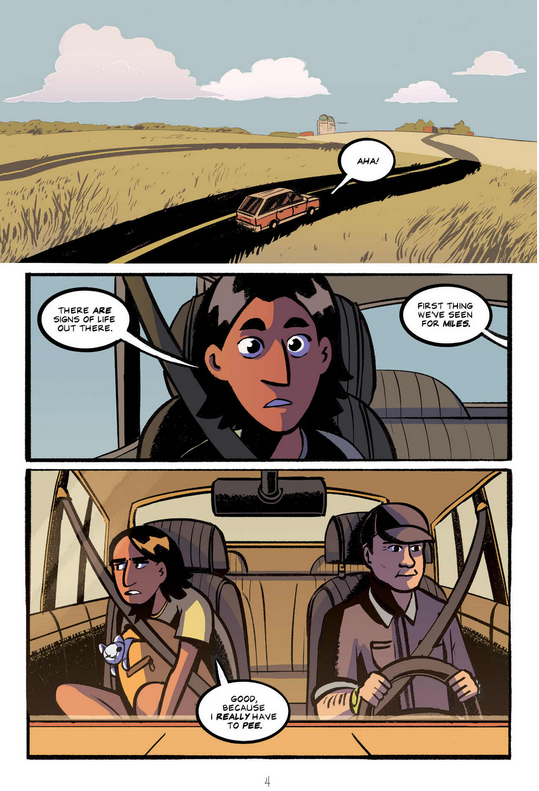 Minus is a graphic novel told in six chapters about Beck that follows her in the aftermath of a seemingly random shooting, as she attempts to navigate a world she is not familiar with (being home-schooled and from a small town that is widely different from the bustling city of Chicago) and figure out what happened to her father.

Beck’s crash course to the wider world unfolds in a steady set of stages that transform the typical coming-of-age transitional story into a coming-of-age thriller. Beck’s hesitant moves throughout the world feel realistic and easily replicated, which is to say, I could very conceivably see a teen with a similar background to Beck respond in a very similar manner, and I appreciate that.

As the story progressed though, I struggle with the execution of certain narrative beats. There certain meetings that felt just a tad bit contrived and a broke suspension of disbelief just a tad by how interconnected everyone was by the end. And this isn’t necessarily an indictment, because sometimes life really does take place in a small world, and Minus does provide some interesting commentary on how that becomes the case thanks to social media and the lack of it. But there are explanations that take too long to get clarification on, explanations that don’t feel satisfying, and I was a little uncomfortable that some of the more glaring things about the story that weren’t put in focus, particularly the fact that Beck, by all appearances, is not white and there are implications there. There are plot points that seemingly gloss over this fact, and end of the graphic novel barrels through some exposition at a ridiculous pace that it’s hard to parse completely. 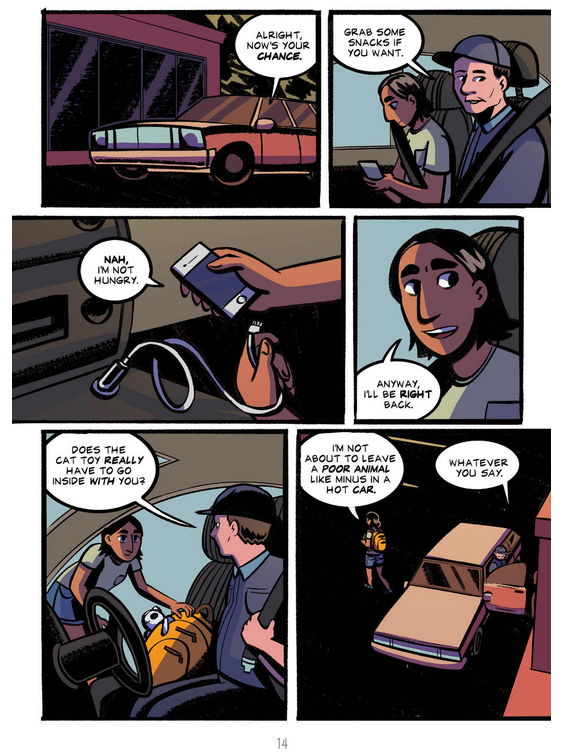 Credit where credit is do, the book’s art is incredible. Naffziger’s illustration skills are poignant, and the book is visually interesting all the way throughout. But the narrative hook, the driving force of the novel left me with a litany of questions and wondering what exactly were the main takeaways about the nature of family that is presented in Minus. More than anything else, I was just confused by the final two chapters, by the creative and tonal decisions that were made.

It’s odd. I was hooked by the premise, and that opening sequence that started the story, but by the end I mostly felt my face contorting wondering where exactly everything went off the rails.