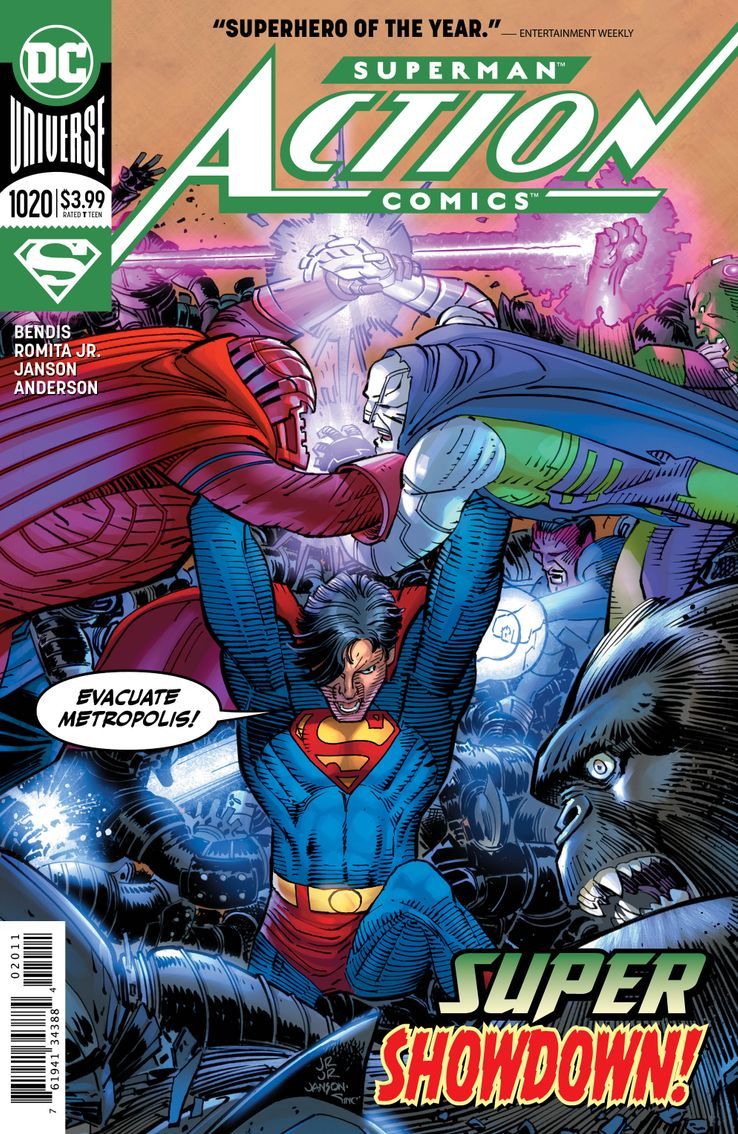 Young Justice joins the Justice League in their fight against all of Superman’s biggest villains in Action Comics #1020.

Brian Michael Bendis has been writing this series for a while now. He’s done a commendable job battling Superman’s biggest issue — providing worthwhile threats for the greatest known superhero in the entire world. This time around, his solution is a cabal of Superman’s greatest villains and then some. He even had to call in the Justice League for help. But before he did that, as the alternating timelines of the latest few issues have showed us, he ran into Young Justice.

This creates ample opportunities for Superman to have a bunch of awkward father/brother–son/brother moments with Superboy, who he literally just met. But their reunion (for lack of a better word…) was expedited given the massive threat they’re facing, which gives Connor a moment to shine bright for all to see.

Meanwhile, the rest of the Young Justice team got to prove their value by getting a blessing from Superman to do their thing and help him hold down the fort until the Justice League arrives.

The banter was also enjoyable. A special shoutout goes out to Lex Luthor telling his accomplices “Don’t aim for the buildings with my name on them,” as if that’s at all possible.

The art in this issue seemed a little off, if I must say so myself. Some of the panels, especially the ones with multiple characters, felt a bit rushed and lacking the detail that we get from a lot of today’s best works. It may be a one-off thing, or maybe I’m just not a fan of Romita Jr. in 2020, but it was a little off-putting to not be able to tell if Superman was floating in the sky above Lex Luthor or if Superboy was.