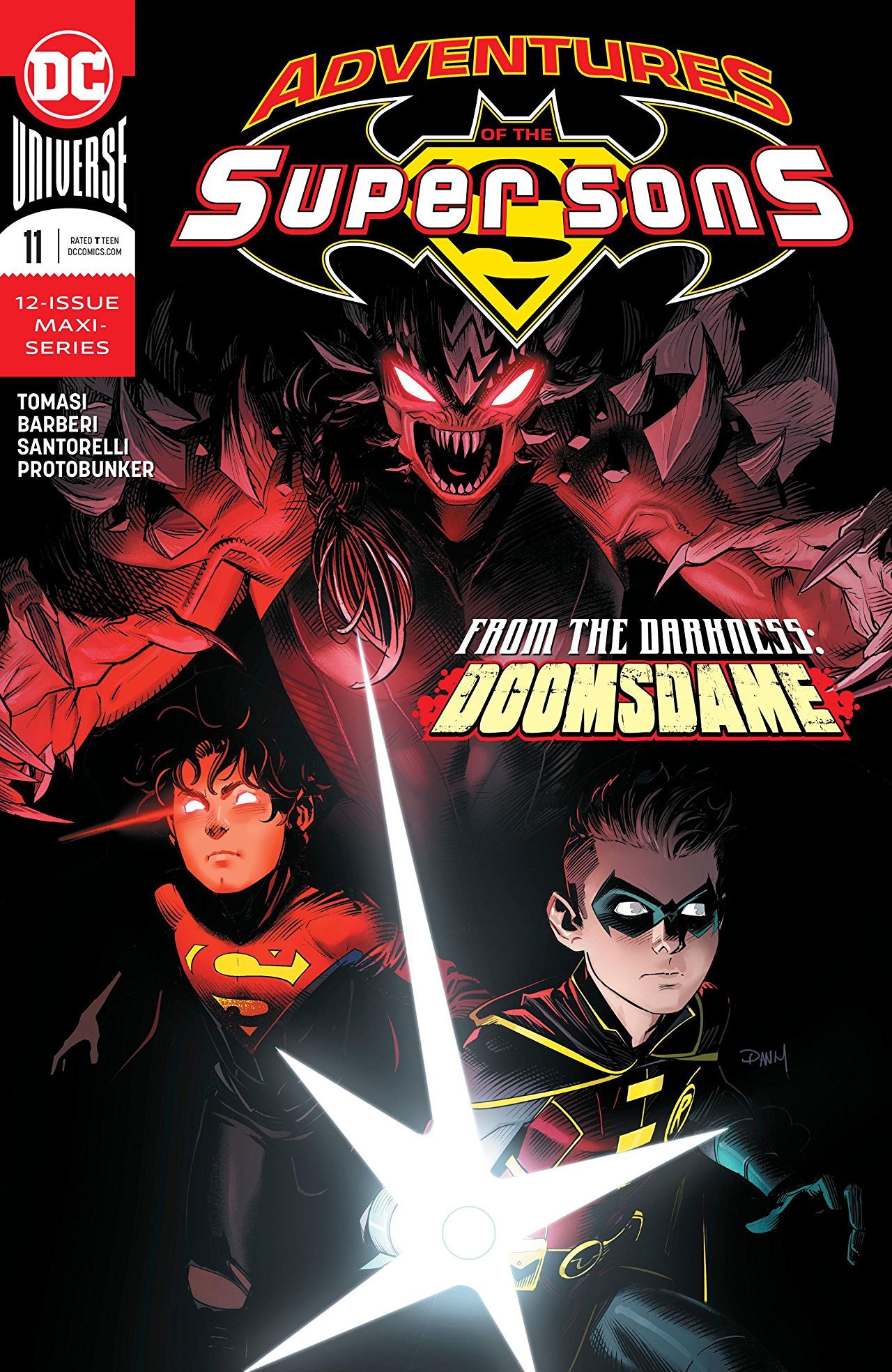 The opening panel of Adventures of the Super Sons #11 shows us Jon Kent with billowing anime-esque hair pondering how the heck he and his companion, Damian Wayne, have managed to find themselves in an ever increasingly escalating series of shenanigans. It has culminated in an all war with the Injustice Army, and they aided by a handful of allies they have met on their way.

As the penultimate issue of the series, there isn’t a lot more to be said. Tomasi’s bringing everyone back for the final skirmish: Joker Jr., Tommy Tomorrow, the Wonder Machine versions of the Super Sons, Space Cabbie, and our favorite rogue Green Lantern Cadet. The climax of “Gang Wars” is every bit as frenetic and chaotic as you hoped it would be. It follows the classic “final exam” format where are the lessons are revisited, all the powers combined in wonderfully flash ways, and all the momentum that the series has built up pays off. In essence, Tomasi has crafted a lavishly decadent action sequence which Barberi’s gets to bring to life. 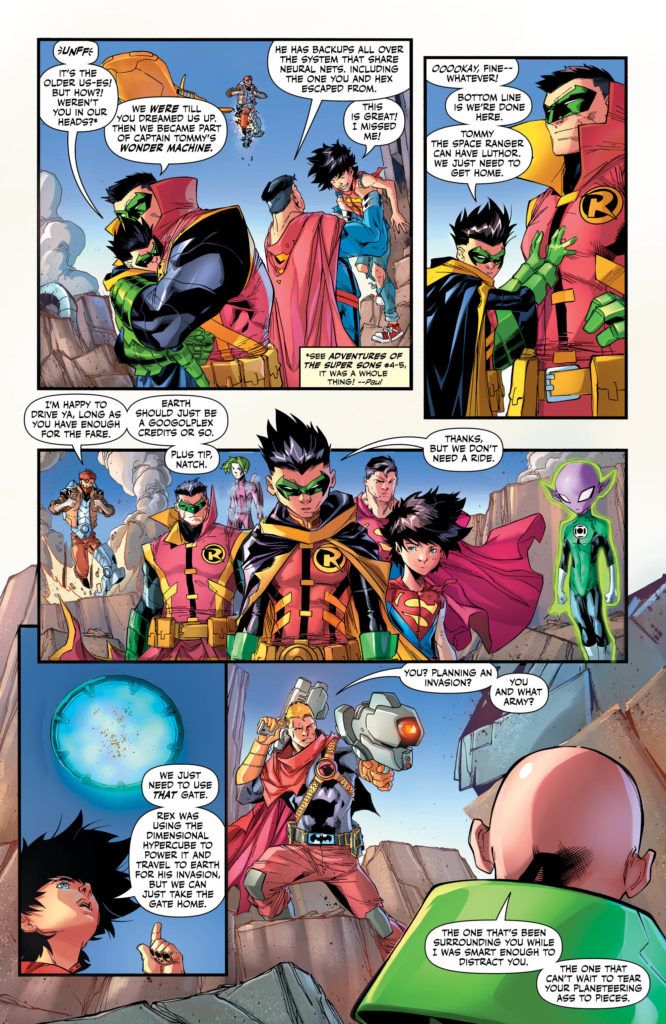 Barberi’s pencils coupled with Santorelli’s inks and Protobunker’s colors is the cornerstone of this issue. In what essentially amounts to a 20-page battle, the visual elements carry a lot of weight in selling the story. Tomasi’s quips and meditations flow naturally, but Barberi’s character design and the vibrancy of the characters and world make it a joy to read. When you have a brawl of this scope, it’s very easy to lose information between the panels, but everything is so distinctive that it instead becomes second nature.

The saddest thing about all of this is that the series ends with #12. Adventures of the Super Sons has not reinvented anything, but rather reaffirmed Jon and Damian’s place as the perfect starting point for young and youthful readers. It’s simple, poignant, and as I have stated repeatedly: just so very, very joyful.