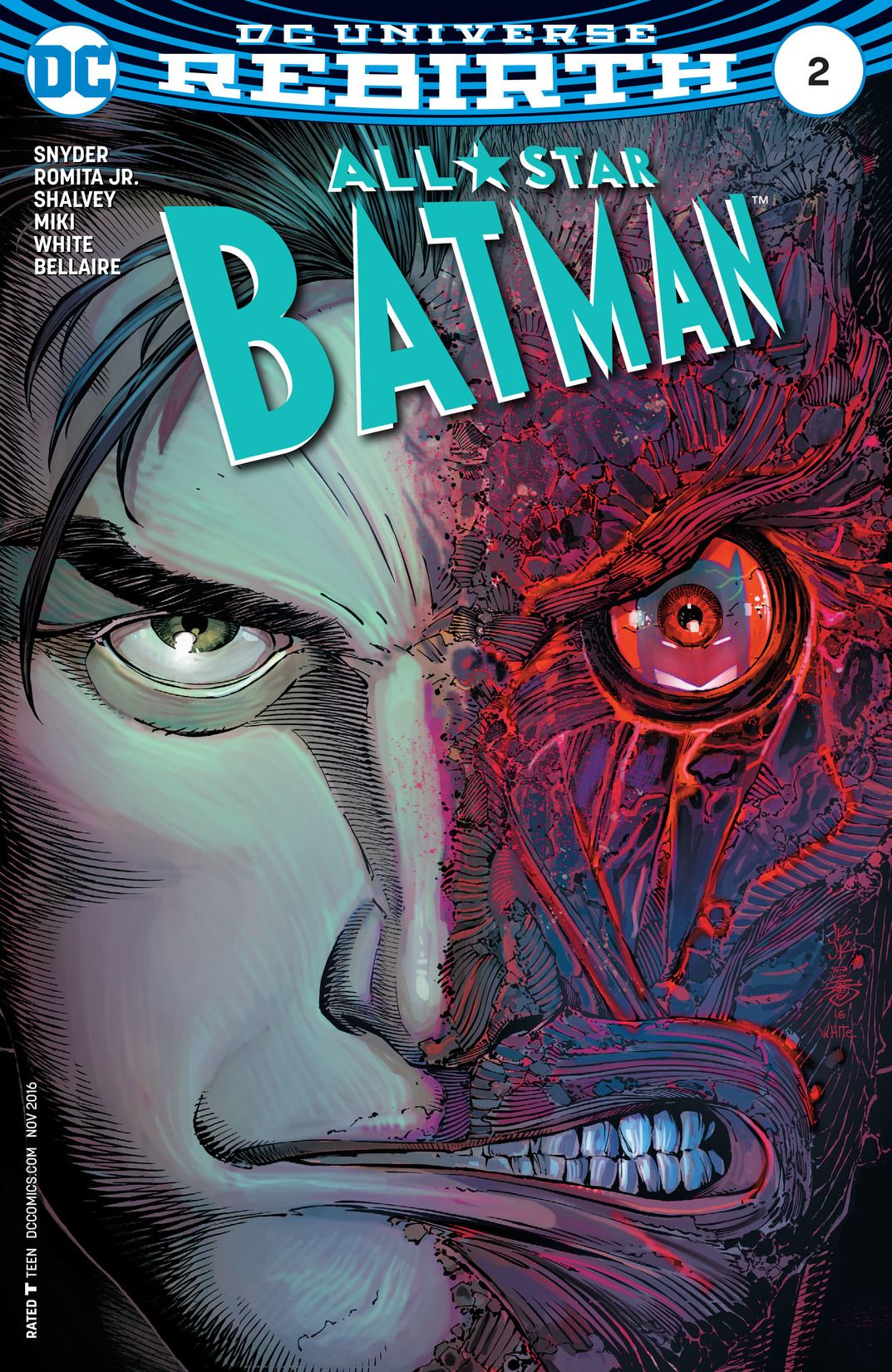 You’re on the worst road trip ever, stuck with an enemy that used to be one of your greatest allies. If you’re ever going to restore his sanity (whether he likes it or not), you’ve got to get him out the city and across the country. The only problem is your friend’s worth a lot of money and every supervillain worth their ass is out to bust him loose. No, you’re not a vintage Burt Reynolds ensemble cast vehicle. You’re the Caped Crusader running an epic gauntlet in Scott Snyder’s tour de force, All Star Batman. 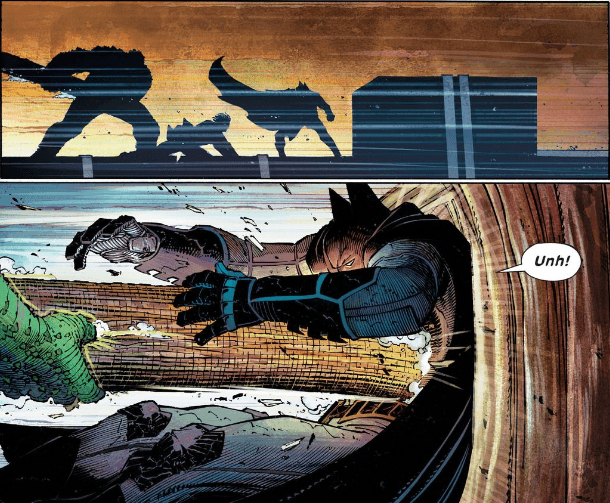 Issue #2 doesn’t let up on the action established last month at all. Things get way hotter for the Dark Knight as more bad guys come out of the woodwork to collect on Harvey Dent’s big payday. Snyder pulls no punches as he reveals a little more of just how deep the roots of Two Face’s influence reach. For a superhero whose power is essentially money, white privilege and peak human determination, it’s pretty appropriate to start off your “versus all the big villains” series with a foil that uses blackmail to the point that it’s a superpower. The one incorruptible element of Gotham versus the embodiment of corruption makes for a hell of an ideological clash. Even with all these elements at play, Snyder still makes sure the pace is still fast and intense as all hell. 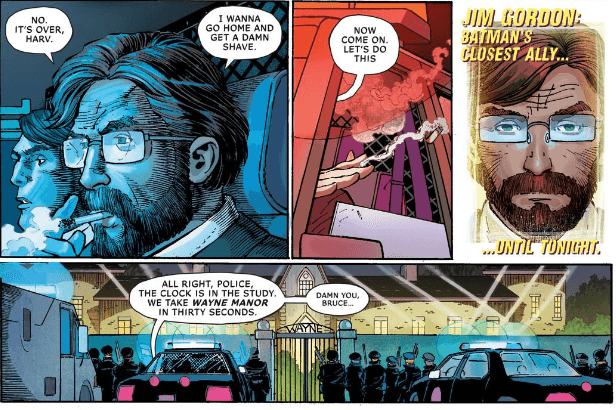 And Duke Thomas’ story of training alongside Batman while resolving the issues in his conflicted soul are a revelation in the Cursed Wheel. He doesn’t come across as a forcefed character at all. In fact, Snyder brings you along for the journey as if he himself is just as curious about what kind of hero Duke will become as we are. Meanwhile, John Romita Jr. is killing it helming the artwork. His lively color palette is a perfect fit for the tone established by Greg Capullo. The action beats look incredibly intense and do a magnificent job keeping up with Snyder’s script. And there are a couple of special guest villains I won’t divulge that look utterly terrifying.

Bottom Line: Snyder and Romita are still at it, pulling no punches with a gorgeous comic that looks and reads like a summer blockbuster. Easily the best Bat book on the shelf right now.

9 Shark Repellent Capsules out of 10