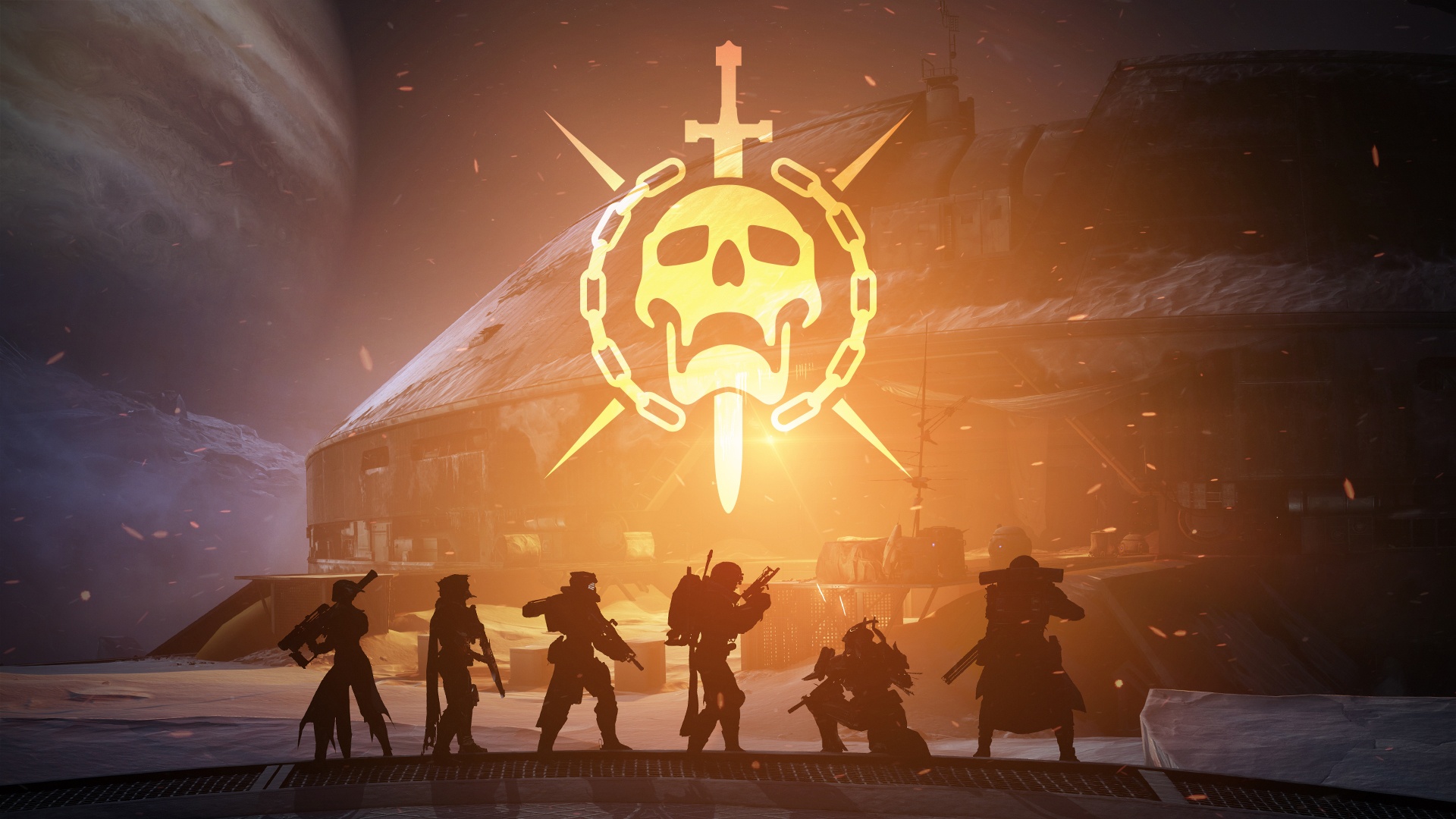 It was November 2020. After an excruciating long season with Arrivals that had been constantly foreshadowing the coming Darkness and the only end-game activity that hadn’t been run into the ground was the Prophecy Dungeon (and it was certainly reaching that point after several months), I, and the rest of the community, were chomping at the bit for a new raid.

Even since Vault of Glass, raids represent the pinnacle of Destiny content. During these 6-person activities, players are put through the paces through both mechanics and thumb skill. Even the ones deemed “lesser” for whatever reason are still iconic parts of the franchise. The yearly interval between major raid releases make it a whole occasion: a weekend to a weekend of cultivating several different loadouts for several different scenarios, trying to find a balance of survivability and lethality that only really matters during the first few raid clears and the highest elective difficulty content.

The last raid, Garden of Salvation was a visual spectacle, but it was a raid that history would view with mixed feelings. With a finicky tether mechanic juxtaposed against one a visually stunning set piece, Garden paled in comparison to the masterpiece that was Last Wish. Furthermore, the challenges were particularly pain inducing and while everyone was thankful to have a deterministic quest to get the raid exotics, the multi-part puzzle that immediately disrupted any sort of rhythm found between encounters was the bane of many groups, and the loot was middling at best.

Deep Stone Crypt had to leave an impression, especially considering that it was launching alongside the first of the “Darkness” sub-classes which would irrevocably change the sandbox and the Destiny Content Vault, which among other things was vaulting five different raids (although they can keep Spire of Stars in the Vault as far as I am concerned). And two years later, with an even 50 completions under my belt and a couple more planned during this season, I think it has left quite an impression for a wide variety of reasons.

As someone who has fervently been engrossed with Exo lore since the original launch, I was already enamored with the idea of visiting the facility that developed the technology to implant human consciousness into a robotic body. The days leading up to launch, we were tantalized by tidbits in lost sectors, heavy implications that the Vex, a long-standing enemy of humanity, were a part of the process.

So when launch day came and my fireteam of 6 set out to find the facility, there was a joy in the air. In order to even reach the famed Crypt, we had to navigate a barren tundra with only a few lights leading to small outputs on Sparrow. As Fallen flanked at each and every node, it was a haphazard march as we contended against Void-Shield Captains and the mass-produced Brigs, but eventually we found the path and made out to the nominal location.

The interior of the Deep Stone Crypt had been the most-hard sci-fi we’d seen in a minute. Much more pristine than any other environments from the Golden Age, the sleek aesthetic immediately confirmed that I was going to like it.

We pieced together how to use the Scanner and Operator Augments that the Fallen were carrying and slowly managed to percussive-ly bypass the security to get into the Crypt proper. There, we were greeted by a giant statue of Darkness incarnate which confirmed several long-standing theories. As we ventured down into the Replication chamber, we were greeted by Atraks and an old, constantly reviving thorn in the side that was Taniks.

While half the fireteam went to a suborbital space station, the other two members and I stayed down and thus one of the most brutal encounters I have ever endured in Destiny commenced. With content mode capping our power, we struggle for hours trying to find the right balance of survival and damage, as the time to damage Atraks was incredibly short. Even when we pieced together all of the mechanic in a messy slog, the familiar refrain of “Guardian Down” rang a little too often and our attempt at a day 1 clear was stopped there.

However, with the debris from a different reality orbital station opening up more of Braytech facilities, we were granted access to the Lament: a chainsaw sword that would prove instrumental to taking out Atraks once contest mode was over.

The fireteam reconvened with our new arsenal, we felled Atraks, ejected technological ghosts out of the airlock, and proceeded to stop a nuclear catastrophe in what is my favorite puzzle encounter to date before slowly whittling away at Taniks. While we didn’t manage to earn the emblem, we did manage to earn our first raid jacket, something I proudly wear during the winter months.

The dynamic nature of each encounter kept engagement up over each and every run. The frantic relay race of security where Xenophage hammered against batter packs, the high-octane skirmish against Atraks where our swords cleaved the health bar, and the final slaying of Taniks where to my delight Anarchy and double special weapons were the meta for the longest time, but truly the encounter that solidified the raid’s place in my pantheon of the great was the Descent and the moments leading up to it.

Bungie devs have gone on the record multiple times that after high intensity encounters, they make it a point to include a cool off where fireteams are able to reset and relax. The stealthy gorgon maze in Vault of Glass after the Templar. The wall of Hive Pistons/Dicks after Golgoroth. The server appreciation in Wrath of the Machine. The Ascendant Platforming in Last Wish, the Windmills in Garden of Salvation, all of these lovely moment staples of the Destiny experience. And yet, the moment of reset in Deep Stone Crypt is truly something else.

After slogging through the misery of Atraks, you navigate through the space station and reach an airlock. At which point, one of the most soothing tracks in all of media plays as an evil AI monologues at you. You can see Fallen Ketches and Skiffs rotating in an out, as you get a clear view of Europa. Clovis Bray curtly declaring, “I have no reason to believe you anything but ‘the wrong hands’” as you jump in a muted environment before entering a different substation. And now that you and your friends have caught their breath, you’re immediately thrust into chaos.

Colloquially known in my friend group as “Jazz,” the Descent is a hectic puzzle encounter where your fireteam had to limit the number of nuclear cores that spawn, identify which nuclear trash cans can deposit the ones that do spawn, all while a suppressor goes around different to disrupt Taniks so that the live nukes don’t explode. As the chaos continues, augments are swapped back and forth, as the substation begins a high velocity crashing landing on Europa and pretty much the best can do is that there’s not excessive radiation when it does make impact. After six rounds of frantic movement, the coda is a mad dash to the singular safe room which still barely offers enough protection.

The “Of All Trades” Challenge injects even more chaos into the mix as every Guardian rotate through each of the augments and “Short Circuit” create a funny little carrier mini game and protect the guardian as someone has to bounce back and forth and deposit all of the Nuclear Cores taking them from the carriers.

It’s an encounter of pure joy, where you to go all out in combat as enemies pour in from various of corridors and even if it is a fixed length, it’s still the best 10 minutes where you’re able to crack jokes between callouts.

And finally, Deep Stone marked a return of raid weapon that felt raid worthy. With unique perks like Reconstruction and Recombination, the weapons were standouts that held their place in the meta until the Witch Queen even with the introduction of origin perks. And now that the weapons have been refreshed during Season of the Seraph and are now craftable, we’re able to perfectly construct weapons with a specific intensity.

Two years later, I’m ecstatic to be able to return to Deep Stone Crypt with new vigor and renewed interest. While Last Wish is still probably the best overall raid Bungie has produced (if simply by the virtue of having four bosses and two additional encounters), Deep Stone Crypt holds a special place in my heart for its design, aesthetic, and the memories formed.