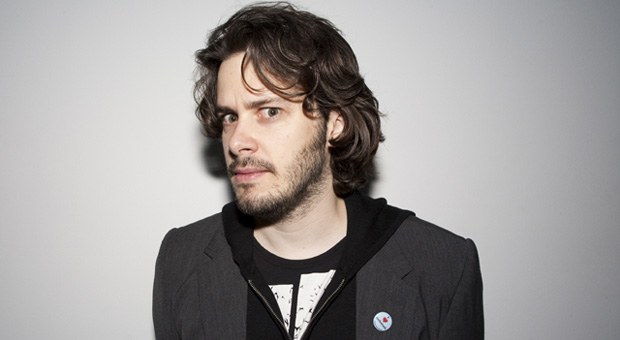 From the moment I was born, I knew that I would connect with someone on a spiritual level. As I got older, I realized that the only way I would ever feel a real spiritual connection with another individual is through film. I viewed movie after movie until I thought I’d never find a film that allowed me to transcend into movie heaven or turn my brain’s neurotransmitters up to eleven. Then I stumbled, and I do mean stumbled (like I actually tripped and hit my arm on the shelf it was pretty embarrassing), onto the first movie of yours that I watched: Shaun of the Dead. Because I can’t watch horror movies in theaters without spilling my sweet Nuka cola onto the person next to me, I rented it from Blockbuster.

At the time, I was only twelve years old but I knew I’d found it. I’d found a movie that embodied me more than anything I had ever seen in my long twelve years of life. Fast forward to the present and my 25-year-old self-has seen just about every movie you’ve made including Scott Pilgrim vs. the World which opened up so many doors for me regarding comic books and movies so I’d like to thank you for that personally. Now, let’s get down to the real reason for this letter, Baby Driver.

By the way, I’m not sure if Mr. Wright is what you’d like to be called, but I love that it’s a pun and it also implies that you’re always the right choice for movies. I hope you’re okay with my reasoning.

When the trailer for Baby Driver first hit the internet, I said to myself “This is going to be the greatest thing ever made like ever ever.” The last “ever” isn’t a typo that’s exactly what I said. If you need further proof, I’ll gladly screenshot my text message and send it to you. I couldn’t believe the editing in the trailer itself. The way each shot matched the music in the trailer. I thought it was just something inserted into the trailer to make it seem cool and I’m so glad I was wrong. My friend and I had the privilege to view Baby Driver on opening night in the middle of the top row of an enormous theater. The movie started, and “Bellbottoms” started playing while I silently stared at the screen.

That’s what I yelled in my mind of course. I’m not a rude movie goer no matter how much I’m gushing over what’s on screen. For six minutes I silently smiled, and I never looked over at my friend once. The intro scene ended, and I thought it was the best thing I’d ever seen. I wasn’t sure what my best friend thought either because he too, was speechless. We looked at each other. We hugged each other over the armrest, and we both realized that we were in for the best movie experience in our 25 years of life.

From moments like Baby kicking a can (I think it was a can) during the Commodore’s “Easy,” to YODELING in Focus’ “Hocus Pocus” each scene matched up perfectly with the music in ways that my heart could barely handle. How you thought of a scene that incorporated yodeling is still beyond my comprehension, but you did it, and it worked out perfectly. My friend and I were in band class from elementary to high school, so we got excited with every music cue that matched up with something during a scene. I feel like this was a movie you had complete control over because of how much effort I could tell was put into every single frame. The movie was also hilarious. Mr. Wright, you accomplished so much with this movie. Do you understand how great your movie is? I feel like you do but I also feel like you don’t if you catch my drift.

Everything isn’t sunshine and rainbows though Mr. Wright. I have to vent my frustrations a little bit. You made me care about a romantic subplot in a movie, and I’m very upset about that. Usually, romance as a subplot instantly turns me off from a film. Maybe I’m a bitter 25-year-old, but that’s the truth. Admittedly, I cared deeply about Baby and Deborah’s romance. I wanted it to succeed, and I wanted them to be happy. I TEARED UP DURING THE MOVIE. YOU MADE ME CRY MR. WRIGHT.

I’m also curious to know if the song “Have Love Will Travel” by the Sonics would have worked in the movie. Why am I even naming the artist? I should know that your music library is vaster than the number of bullets fired in Hot Fuzz. Basically, what I’m trying to say is that you created a true fantasy romance in a setting that didn’t seem like a fantasy and I think that’s why I loved it so much. I’m still upset you made me cry though.

To conclude, no other filmmaker, writer, director or anyone else has connected with me the way you have with Baby Driver. As someone who regularly needs music to get through the day, I felt like I saw myself in Baby minus the fact that he’s Ansel Ergort. The casting was perfect, and everyone played their part to a tee. This letter was the only way I could accurately describe my feelings towards you and your films. I feel like we’ve bonded through this letter, don’t you? I also think we’d be best friends.

I’m not sure how to sign off on this note so I’ll just let the music play me out. You can use any song you’d like. I’m sure it would be a great scene. Thanks again Mr. Wright and I can’t wait to see what you whip up next.