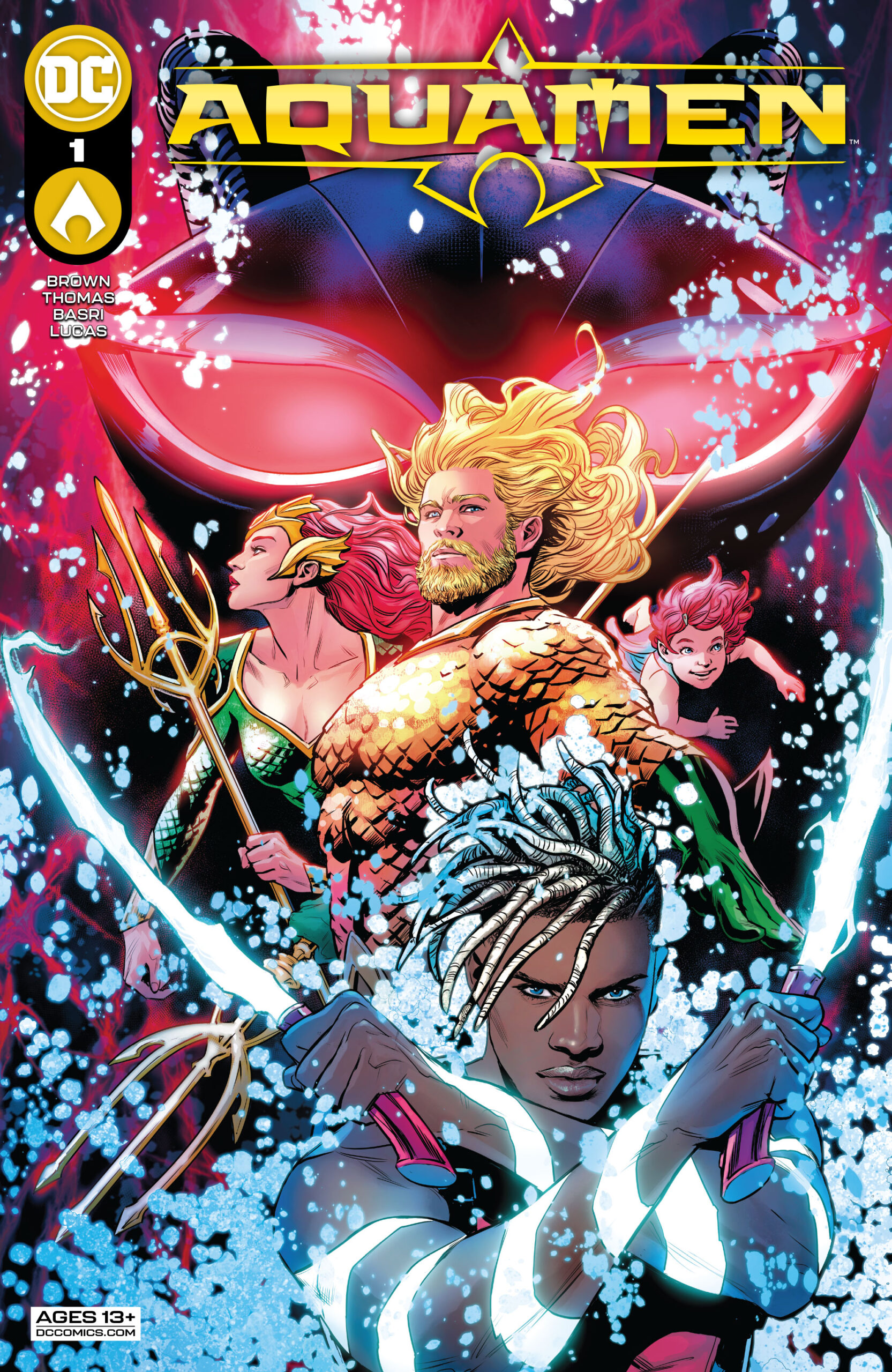 Aquamen #1 is here! That’s right, we’ve got an ongoing buddy water world book featuring Arthur Curry and Jackson Hyde. A year ago, this book wouldn’t have been on my radar, but Brandon Thomas and Chuck Brown have been cooking up some heat in the Aquaman and Black Manta books, effectively remolding the world of Aquaman into a more nuanced, more Black home for DC’s water wielders. I’ve been more than pleasantly surprised. These stories are so good.

So you know I had to be there when they combined their talents on this new Aquamen book. This story spins out of both Thomas’ Aquaman: The Becoming, and Chuck Brown’s Black Manta series, and it’s important to understand what happened in those books before jumping into this one.

The story so far in Aquamen #1 is setting up a vast conspiracy between the surface world and the kingdoms under the water. There are multiple Atlantean sleeper agents activating at the same time, causing havoc and terror in their wake. We don’t exactly know why yet, but Brown and Thomas do a great job setting up these stakes and making them feel real and scary.

I really like how Jackson is still dealing with some traumatic events held over from his series. He’s not in the best emotional state right now, which only adds to the stakes as it seems he and Arthur are about to have to take on a world-threatening conflict. You want him to be in the best place mentally and emotionally as he possibly can be, but his mental state is realistic, and I’m glad they’re taking the time to flesh out his emotional journey.

My absolute favorite image from this book is Black Manta’s cellphone. I don’t think those three words have ever been written side by side until Brown & Thomas’ script for this issue, but the image that it created was a memorable one. My guy has a custom phone in the image of his helmet that he just casually uses while out on the town. It’s as silly as it is cool. I really like how they’re deepening Manta’s swagger and how it spills over into how he dresses and acts on the surface world, as well as how dope my dude is in hand-to-hand combat.

I’ve been saying this, and I’ll continue to say it. These Aquaman books are in really good hands right now. If you aren’t reading them, rectify that.