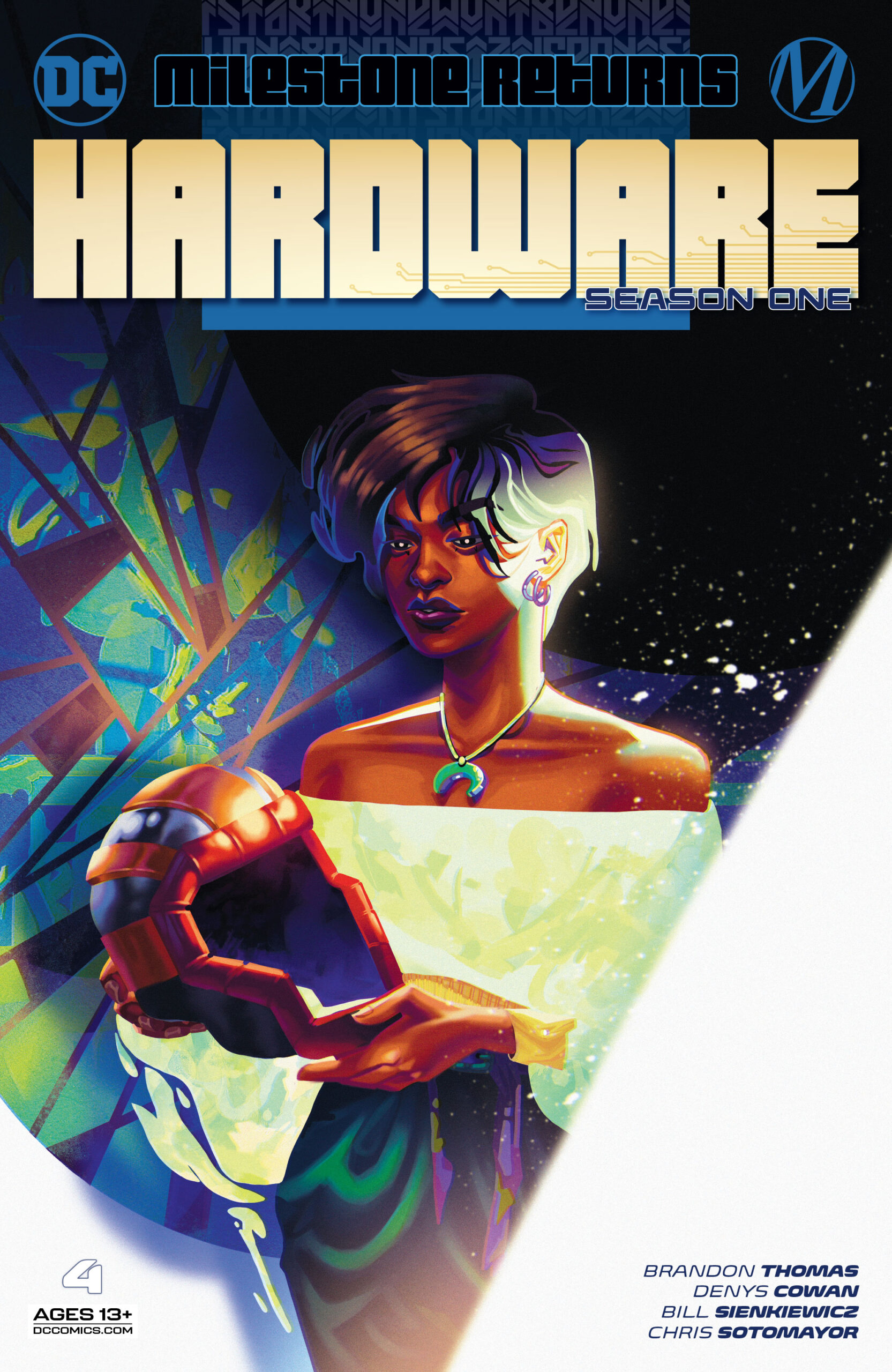 Hardware is not playing around in issue #4. My dude is the most elegantly confident person in the Dakotaverse. I’m taking notes.

Being public enemy #1 after taking the fall for the Big Bang means that you have to call in some favors from some influential friends when things get tight. That’s exactly what Hardware did at the end of issue three. He’s been laying low in Singapore while Alva and the Feds scour the world looking for him.

The problem is, most of Curtis Metcalf’s connections are also Edwin Alva’s connections, and while he may be staying with an old friend, that man has already been contacted by Alva on Curtis’ current whereabouts. Asher, the aforementioned friend, is stuck in a hard spot as he’s forced to either give Curtis up or face certain death at the hands of Alva.

But Hardware knew this from the jump. Of course, he did. They may have got the drop on him when they blamed the Big Bang on him, but they also guaranteed that he’s going to be at least ten steps ahead of everyone from this point forward.

Thomas did a great job pacing Hardware #4. From the testimonials on Alva’s character in the opening pages, to when the shit hits the fan in the climax, everything felt like a ticking clock, and I don’t just say that because some pages had time denoted. I really felt that each page turn was counting down to something explosive. It made for a really tense read.

While I have the utmost confidence in Hardware to get himself out of this situation, I’m still not seeing just how he’s going to do that. But if this issue told me anything, it’s that my guy has enough resolve and brains to get out of any sticky situation, and you already know I’m gonna be here to follow along.

9 Shocking Press Conferences out of 10