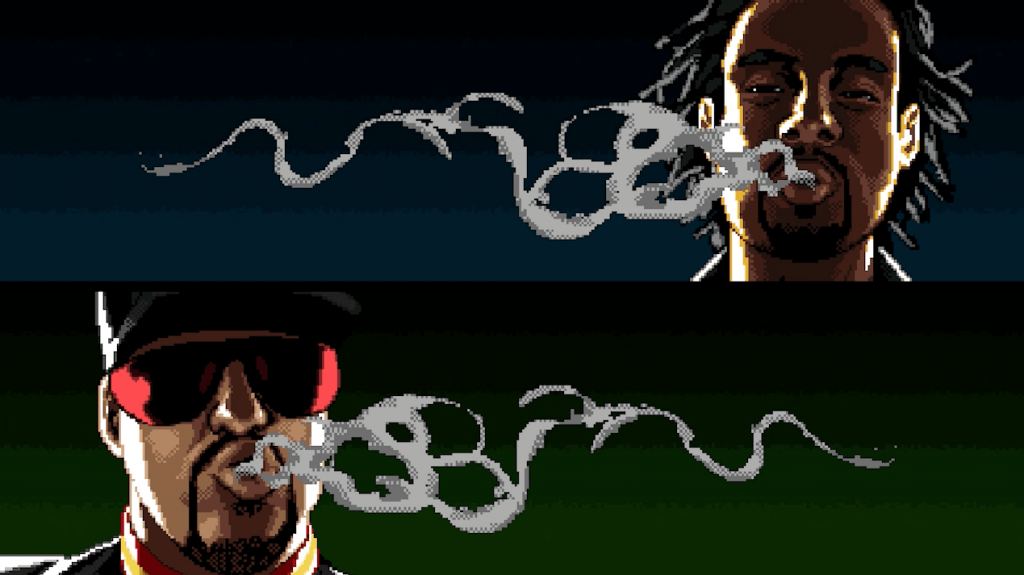 Disclaimer: Of course, we at BNP aren’t dismissive of misogyny and in the importance of thoughtful representation, and so it’s worth calling out that Wale and French can do better in this area. As a nerd homage though… that’s where we want to give focus and praise. This is one of the best Black nerd classics to ever slip under your radar.

Omar Holmon: I’m here to talk about one thing, and one thing only: how Wale and French Montana’s video for “Back 2 Ballin’,” in collaboration with Skullcandy, is the greatest nerd homage to ever grace music videos. I did not stutter. That isn’t a typo. I’m not in these cyber streets trolling. I said, “Back 2 Ballin'” is — it’s downright murder on pixilated excellence.

Jordan Calhoun: I don’t even fuck with French. Do you hear me? Not tryna hate — no, let me keep it one hundred, I’m hatin’, I think French is trash. I sat through 10 seconds of a French Montana song on accident once and looked at my laptop like it betrayed me. Name one person who can ruin a song like French Montana. You can’t. Dude ruined a Pusha track. Do you know how hard that is to do? Yet and still, all of that speaks to my testimony of this music video, because Lord forgive me, I fucks with this heavy. Wale and French are like that couple you never quite understood and hoped they’d never produce children but then they parented an inexplicably wonderful child and you just had to stop trying to make sense of it. That’s this music video. Their perfect child that defies rationale.

Back To Ballin’ By Wale – Official Music Video from Powerhouse Animation on Vimeo.

Omar: First of the foremost, we got two women on the sticks rocking the Sega Genesis (apparently they game in lingerie and I’m not gonna comment on that ’cause I rock a panda onesie myself) stunting on that “fake geek girl” hate. For those of you that grew up with cell phones since the 4th grade, the Sega Genesis was a 16-bit console that Sonic The Hedgehog made famous when he put the team on his back. What gets me is that we not only see this as a clear homage to the beat ’em up games of yesteryear, but we get them with Black characters, man. This is a homage while giving us some diversity. I’m fucking with that. Seeing this video had me rollin’ in the deep with nostalgia so heavy.

Jordan: The throwback of 2D beat ’em ups with Black characters represented everything we rarely got to see on the side-scrollers we loved. “Back 2 Ballin'” is what we dreamed of in our living rooms and basements pretending to be the fighters we saw onscreen, picking up power-ups and tag-teaming bosses until they blinked in desperation, their attacks increasingly frantic, until they’d explode. They took that childhood fantasy and went nuts. We were more than Skate and Goon #2 — we were players 1 and 2, Goons 1 through 5, sub-boss, final boss, and rescued prisoners. We were the golden age of side-scrolling beat ’em ups from 1987 to 1992 with melanin.

Omar: Lemme tell you what I was brought up on in my childhood: it was Alice In Chains, Wu-Tang, and Streets of Rage, man. This video calls back to that shit, dude. Look at the power moves, son! Look at the random weapons lying around in the streets, b! Why are there samurai swords just laying in the streets? Who the fuck left a bazooka out here? What kind of city ordinance allows all this shit to be happening? We don’t knooooow, but what we do know is Wale and French are out here to eliminate the crime rate.

If that shit don’t take you back to Final Fight, Teenage Mutant Ninja Turtles: Turtles In Time, Golden Axe, or even River City Ransom then get the fuck up out my club hoooouse!

Jordan: And it doesn’t even stop there. After the 16-bit post-level cut scene with obligatory cityscape in the background, French and Wale hop in the whip! Road Rash style, son! The motorcycles pull up and start bashing the ride with crowbars, like the digital personification of those motivational posters where a cat looks in the mirror and sees a lion. How you gonna roll up on a car and start punching it? How did you expect that to work out?

Omar: This shit goes so hard in 80s and 90s gaming culture that they take it back to Cruisin’ USA? Fucking Road Rash? Do y’all even know about Road Rash, the fucking Mario Kart of the Sega Genesis? Road Rash might be one of the most underrated racing games of the era, man. That game was brutal as fuck but isn’t on that many folks’ radar when it comes to nostalgia, but it made the video, baby!

Jordan: The final move for me though? The coup de gras of “Back 2 Ballin'”? Motherfucking Altered Beast. Altered Beast was my shit, man — literally the first Sega Genesis game I ever played. This ain’t French and Wale anymore, this is me and my brother in 1995. This is me and you in 2016. This is every Black millennial who spent $5 on a GamePro because codes weren’t available online.

Omar: Watching “Back 2 Ballin'” is reminiscing about how a console pushing only 16-bits made us happy. “Back to Ballin'” is about going back to that simple time, man. “Actually the lyrical content talks abou–” I SAID WHAT I SAID! Wale and French reminded us of that time, and to us, that memory is all that matters. 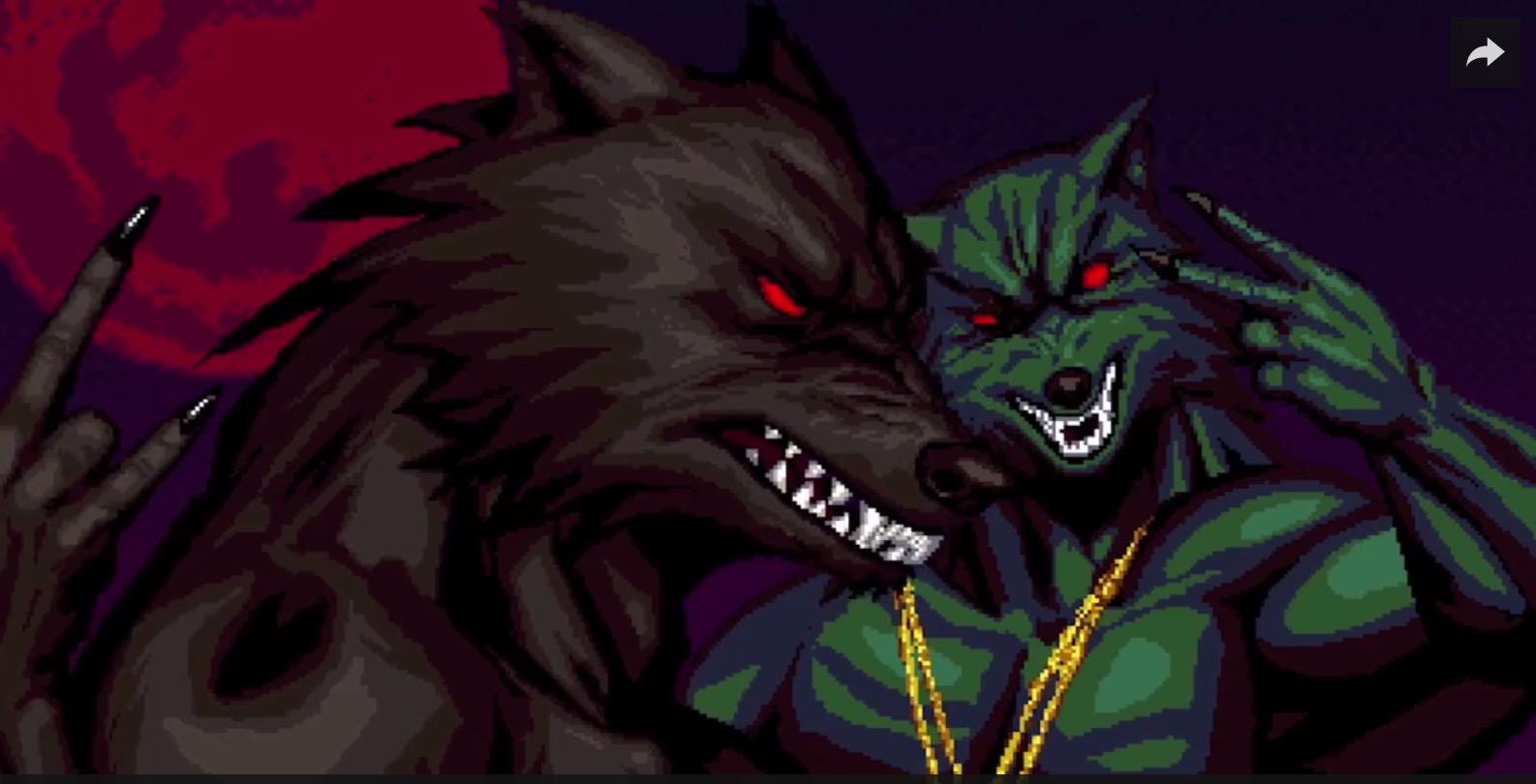