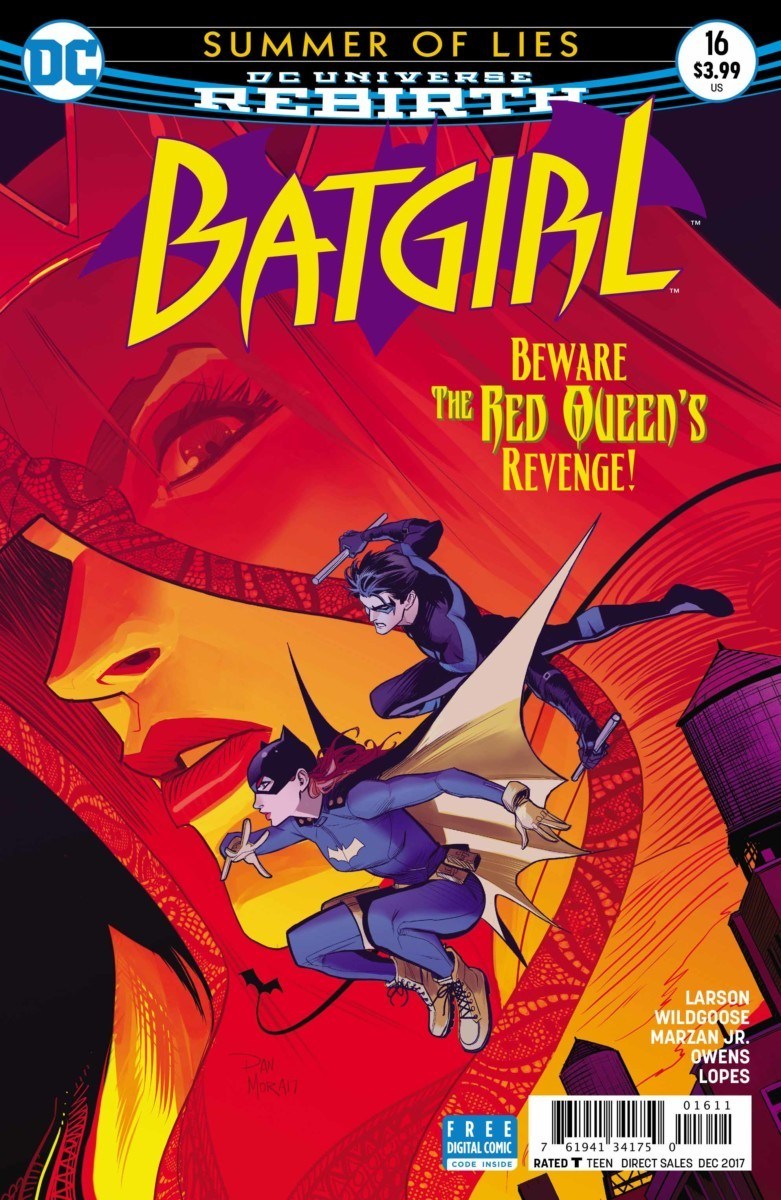 Batgirl’s “Summer of Lies” is just delightful. A great mix of tag-team action coupled with a romance subplot, Batgirl and Nightwing make for a great duo. What works best for this arc is the back-and-forth exposition as flashbacks fill us in on the origins of their relationship that happen to coincide with the origins of the case they’re trying to crack in the present. The flashbacks inform both their relationship and clues to the mystery of the Red Queen, making them the best usage of flashbacks you could ask for.

Batgirl and Nightwing – or Robin, given the timeline setting – play off each other well, each offering encouragement and balance to the other partner when they need. Their respect for one another is clear and powerful, showing two capable people who are simply better together than separate. And, of course, they begin to finish each other’s’ sentences, because why not.

Artistically, Batgirl continues to be a treat with sequentials that are easy to follow, along with fun angles as the two caped crusaders swing above rooftops and work together in action scenes. When backed into a corner together, count on Batgirl and Nightwing to use their heads as much as their fists; the two using their detective skills together makes for a fun read. Even further, they not-to-subtly try to assert themselves as Batman-level detectives, and their willingness to support and enable each other drives them to decisions they would less likely make on their own.

Overall, for fun, romance, and tag-team action, this series is what you need. This has been the most engaging arc since the first in Larson’s run. If this will be the last we see of Nightwing to this extent, enjoy it while it lasts.