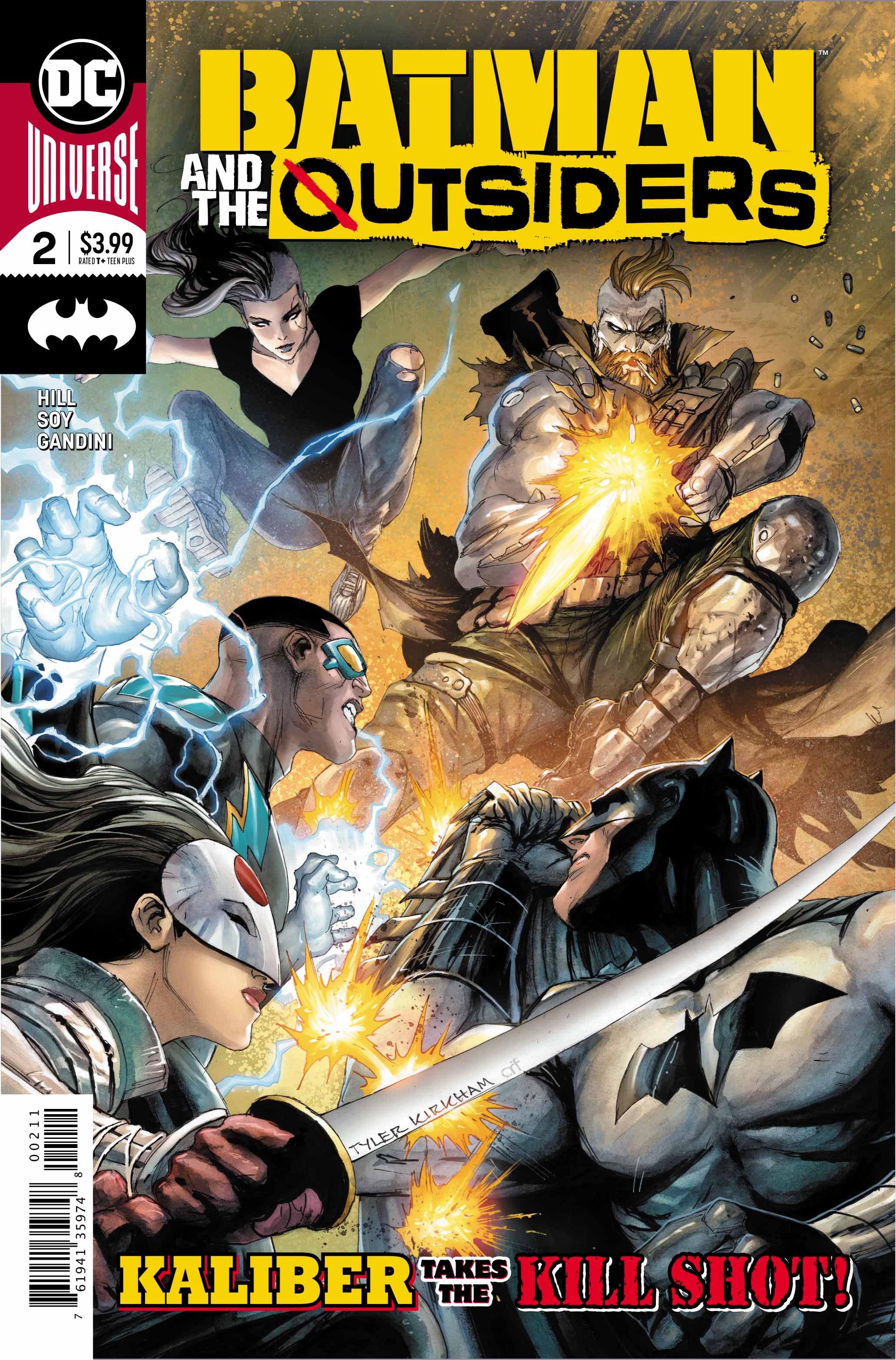 Batman may have top billing, but one of the best things about Batman and the Outsiders is that the Dark Knight’s main contribution to the story is recognizing that he is not the right man for every job. Right off the jump, Hill’s opening conversation with Batman and Black Lightning reaffirms a simple, singular thesis: Batman is a hero whose entire mythos is defined by fear. The Outsiders exist to do a very specific type of covert operation in the name of the greater good. It’s a note that’s been oft repeated throughout Hill’s tenure with these characters but given that this is the second issue of a new title line, it’s easily forgiven.

Yet, it’s important to note that Batman and the Outsiders #2 is an oddity among sophomore issues in that rather than continuing to get to familiar with the main team of Black Lightning, Katana, Orphan, and Signal, we instead spend a lot of time getting to know heroic characters like Sofia and Kaliber and the villainous Ishmael. 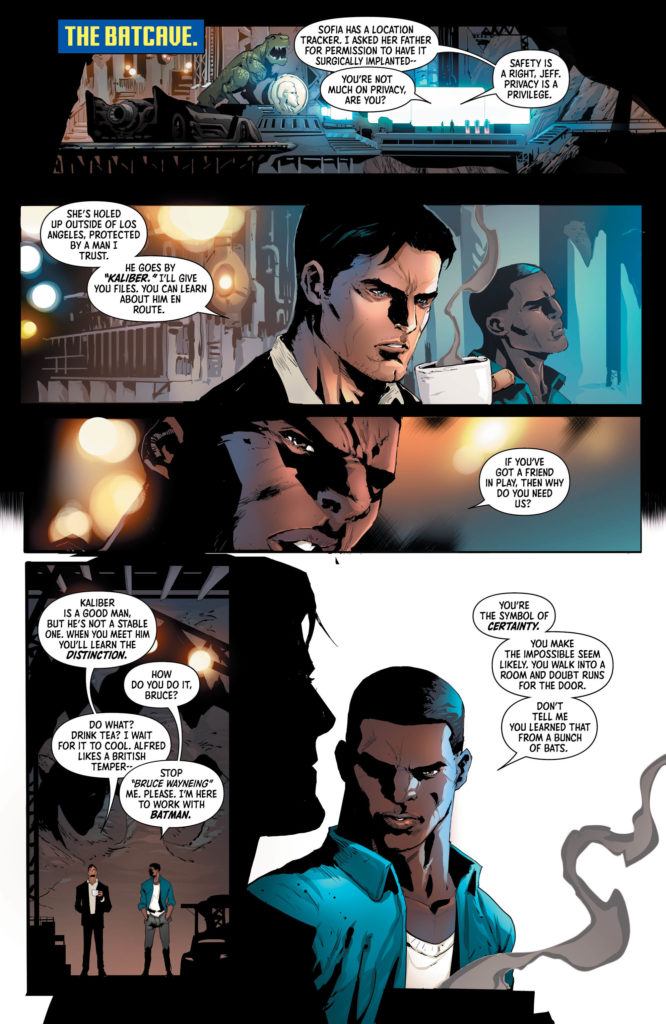 While I’m still itching for more screen time for both Duke and Cassandra, Sofia and Kaliber have a natural banter that illuminates a lot on their backstories and their respective ties to the larger machinations at hand. And Ishmael’s presence is menacing, largely due to Soy’s brilliant character design and Hill’s curt dialog. This type of layering, for the most part, works as a way of expanding the world and more importantly, giving the Outsiders a time to shine.

It’s very clear in my mind that Hill knows exactly how Batman functions in story and in media as a large, and as such understands how to create scenarios that are steeped within the Batman mythos and lets different characters approach them from novel perspectives. The Outsiders as a unit are still finding their rhythm, but the expert pacing and phenomenal artwork lead me to believe that once this series gets momentum it’s going to be a true tour de force. Until then, it’s a very solid read all around.

8.4 “Armaments from a Not-Quiet Trusted Arms Dealer” out of 10