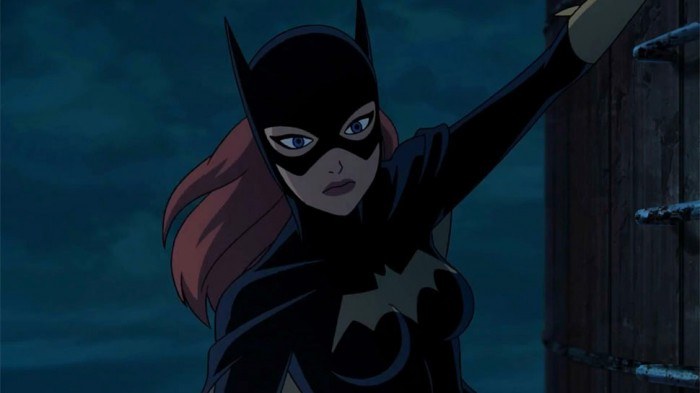 *Spoilers for the The Killing Joke Graphic Novel and Animated Film*

There’s really two ways to go about reviewing The Killing Joke, the much ballyhooed animated feature that puts to motion one of the most popular Joker storylines in Batman’s existence. You can address the controversy surrounding the original source material (which has been debated for almost 30 years since its publication), or how well the movie adapts that source. I would love to be able to review this movie by saying, yes, this is controversial and triggering like its source is, but it also has several redeeming qualities to the overall production that make it a worthwhile watch for those that can stomach the ugly aspects it highlights. I cannot in good conscious do that. Not only does the film exacerbate many of the themes that make The Killing Joke a trauma-infused opera that misses several high notes, but the actual production of the film is an abject failure on multiple levels, one that betrays the gifts of the many talented people involved with it.

Addressing the most talked about aspect of the movie first, yes, the nefarious scenes of Barbara Gordon’s shooting and paralysis, the ensuing sexual assault and violation of her by the Joker, and Jim Gordon being dragged around naked through a carnival by a choke collar are all there. Weirdly (but not that weird when you analyze how patriarchy and assumed masculinity work), the scenes of Barbara’s assault by the Joker and the famous montage of the naked pictures taken of her are quickly flown over (but still very much there) while the assault on Jim Gordon and the enduring humiliation seems prolonged. The scenes with Gordon in captivity are long — excruciatingly long at times — and falls well into gratuity for displaying his naked and abused form at the feet of the Joker. It is so over the top that, if the aim was for us to feel empathy towards Gordon, then the trauma lingers much too long and ventures into hyperbole where your investment on characters wears thin and you’re just ready for it to be over for the sake of it being over.

The lesson, as it has been stated for decades, is that the Joker is doing something so gruesome to Gordon in an attempt to prove that anyone can crack and become insane like him when faced with enough terrible circumstance. The turn is supposed to be Gordon’s rejection of that by telling Batman to bring the Joker in by the book, but the fact that Batman may actually kill the Joker at the end would then prove the Joker’s point. The ending in the book is ambiguous, but the movie feels even less so. And honestly, I didn’t really care by that point. Even voiced by Kevin Conroy, Batman might be at his most boring in this film than any other Batman animated film in recent memory. It may not be his story, but he is still the hero and it was hard to stay invested in such an uninteresting portrayal of probably the most weathered comic book hero in existence. Batman really just beats dudes up and threatens them for 90% of his time on screen. Not only is he not driving the movie through its 1 hour and 16 minute run time, he’s barely a passenger.

One of the decisions made by the production team concerning The Killing Joke was that the actual graphic novel wasn’t long enough to sculpt a feature film around, so they decided to pad it with more Barbara Gordon story in attempts to flesh out her character, which sounded like a decent idea at the time. There’s two problems to that: 1) Barbara’s expanded role is actually her being at the mercy of other men’s choices and having little agency that results in anything beneficial to the character. I could get on board with her impulsiveness, making mistakes to prove herself, and insecurity while under the wing of the Batman himself, but that is, of course, overshadowed by this pseudo-romance plot hamfisted into the story. 2) That sex scene itself is frankly weird and so completely inappropriate that you have to ignore so many things about both Bruce Wayne and Barbara Gordon and their respect ages to accept it. All the while it undermines the “Batgirl was her own woman” attempt by the the writers of the film by making her the scorned student that slept with her teacher and is now throwing a tantrum because he isn’t showing her attention. It’s just bad form, all the way around, and it really can’t be explained away.

And really, this came down to choices. The production team thought they were doing a cool thing by expanding Batgirl’s role in the film, but actually made things much worse. In actuality, they would’ve benefited focusing more time on the Joker origin story, the thing that should be the takeaway from The Killing Joke. The scenes are bland and uninteresting, to be kind. The Joker is a no-named loser who is a failed comedian who can’t provide for his pregnant wife while living in their rundown squalor. The problem is, we never see him fail. We’re never given that time to see what has put him in this terrible and susceptible state. We are just presented with DC Comics’ Job and expected to empathize. When his bad fortune occurs and he becomes the Joker, he goes from uninteresting loser to maniacal super villain in the matter of seconds, but we never felt bad enough for him in the former life to empathize with his crazed state in the latter.

What’s good about this film? Very little. Mark Hamill came out of retirement to do The Killing Joke and I get why with the gravity of the project, but his performance (while good, as always) can’t save this ship. It was at the bottom of the Atlantic before he ever came aboard. Even the post production on this film is shoddy work. The decision to put Barbara Gordon’s story first means we are treated to Barbara doing narration for the first half of the film, then brought to an abrupt stop after her assault, leaving the rest of the film without the previously established narration and even more lifeless than before. Even the animation isn’t even up to standard that DC animated films are currently running at, where there are times it looks more like it was created 15 years ago more than within the year. The Killing Joke is a mess, which wouldn’t be so bad if DC Animated hadn’t been hyping this and shoving it down our throat for the last six months. The spectacle of this being a re-imagining of a graphic novel many believe to be a classic wears off pretty quickly once you realize that nothing in the film really works the way it should and feels more like Fox making Marvel movies just to keep the license than a triumph for the the DC Animated catalog. Mistakes were made, and unfortunately, the first one may have been to make this film at all.