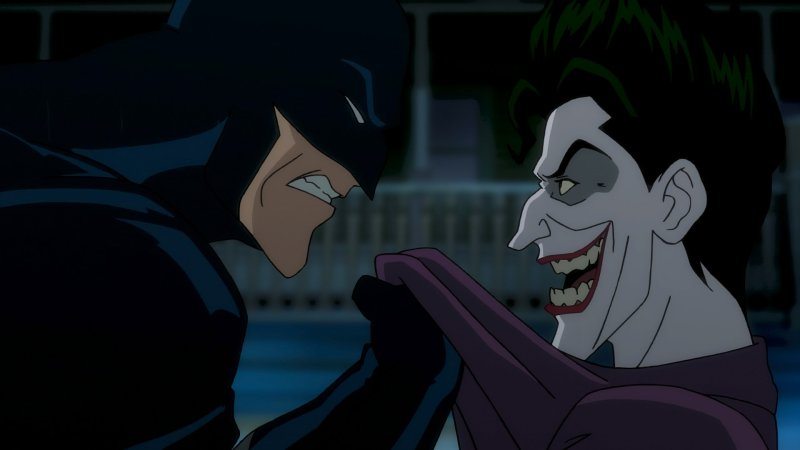 Bruce Timm. Kevin Conroy. Mark Hamill. With the confirmation of the legendary Batman the Animated Series trinity reuniting for one of the most influential Batman stories in comics’ history, Alan Moore’s The Killing Joke, every Dark Knight fan from across the globe has been reveling in this fusion of peak nostalgia.

As a survivor, it borders on terrifying.

It’s not that the cheers are an act of outright violence in themselves. I don’t believe that the majority of people interested in the film look at other people with traumas that include sexual assault and a family history of multiple kinds of abuse, people like me, and say out loud, “You deserved every second of what happened to you.” But for every eager social media declaration posted without caveat, I also know there can only be willful ignorance or a cognitive dissonance that betrays the lack of importance of creating space for these kinds of scars. It’s the instinct to look away that feels so dangerous. 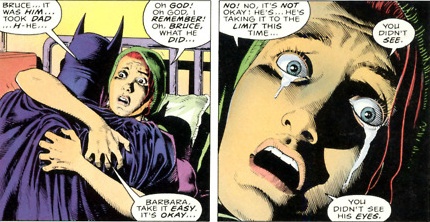 As much as Moore’s superb writing shaped the complex psychological relationship of heroes and their villains to come, not to mention the fan favorite for The Joker’s backstory, I find it hard to believe that any person who’s read the story can ignore the brutality that even the writer himself described in an interview as “one of the areas where they should’ve reined me in, but they didn’t.” In fact, it’s fair to say it’s near impossible not to read a plot description without encountering some form of feminist critique, whether it’s because of sexual assault and abuse, ableism, or multiple cases of victimized women as plot points for male character development (i.e., Women in Refrigerators).

And yet, here we are. Years of panel after panel of Barbara Gordon struggling to survive with post-traumatic stress disorder from a bullet wound whose intent had little to do with her standing as a hero in her own right. The legacy of the now infamous lines by editor Len Wein to “cr-pple the b—h” allowed to continue under the guise of bringing a classic to life. In addition (as if these cruel depictions weren’t enough), readers seem to forget or dismiss the fact that Jim Gordon was also sexually humiliated, assaulted, and endured several kinds of abuse himself as well as seeing his daughter suffer. In all instances, rather than implied torture, both characters receive graphic treatment of their most excruciating moments. And for what? 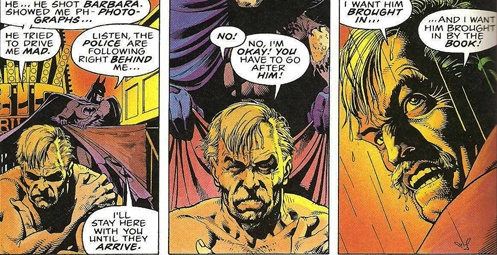 While the counterargument that great art remains static, that works that were seminal in their time cannot be reconstructed for an audience that ought to know better perplexes me, it’s the lack of empathy from DC Comics and its fanbase that’s truly frightening. For what purpose do we need an exact “faithful adaptation” of one of the most misogynistic, triggering stories comic books have to offer? What necessity does an R-rating serve beyond a greedy grab for Deadpool money ? How is it that nearly three decades later we’re still having these conversations about the sick fetishization of abuse confusing shock value for brilliance within the same exact context? How is it that Bruce Timm can acknowledge that the source material is “bleak” (in an interview found here), yet the only change seems to be additions to the story to meet the full length feature time rather than a modification of the toxic narrative at its core? 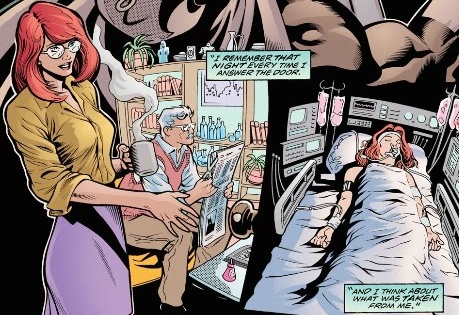 It’s been over a year since the internet erupted in fury over an artistic nod to The Killing Joke for the cover art of an issue of Batgirl, an outrage so insistent it prompted the company to mercifully pull the artwork. Even as recently as this past Valentine’s Day DC came under fire again for romanticizing the abusive relationship between Harley Quinn and The Joker despite the fact that the couple is no longer canon. And on and on the list seems to continue. At what point are the voices of survivors and our few true allies finally heard? What recounting of our trauma makes us deserving of control over how our experiences are stolen, exaggerated by fantasy, minimized emotionally, and then fed back to us with the faulty logic that “that’s just how the real world is?” How do we fight for our actual physical, mental, and emotional safety when so many people won’t even stand up for us in fiction?