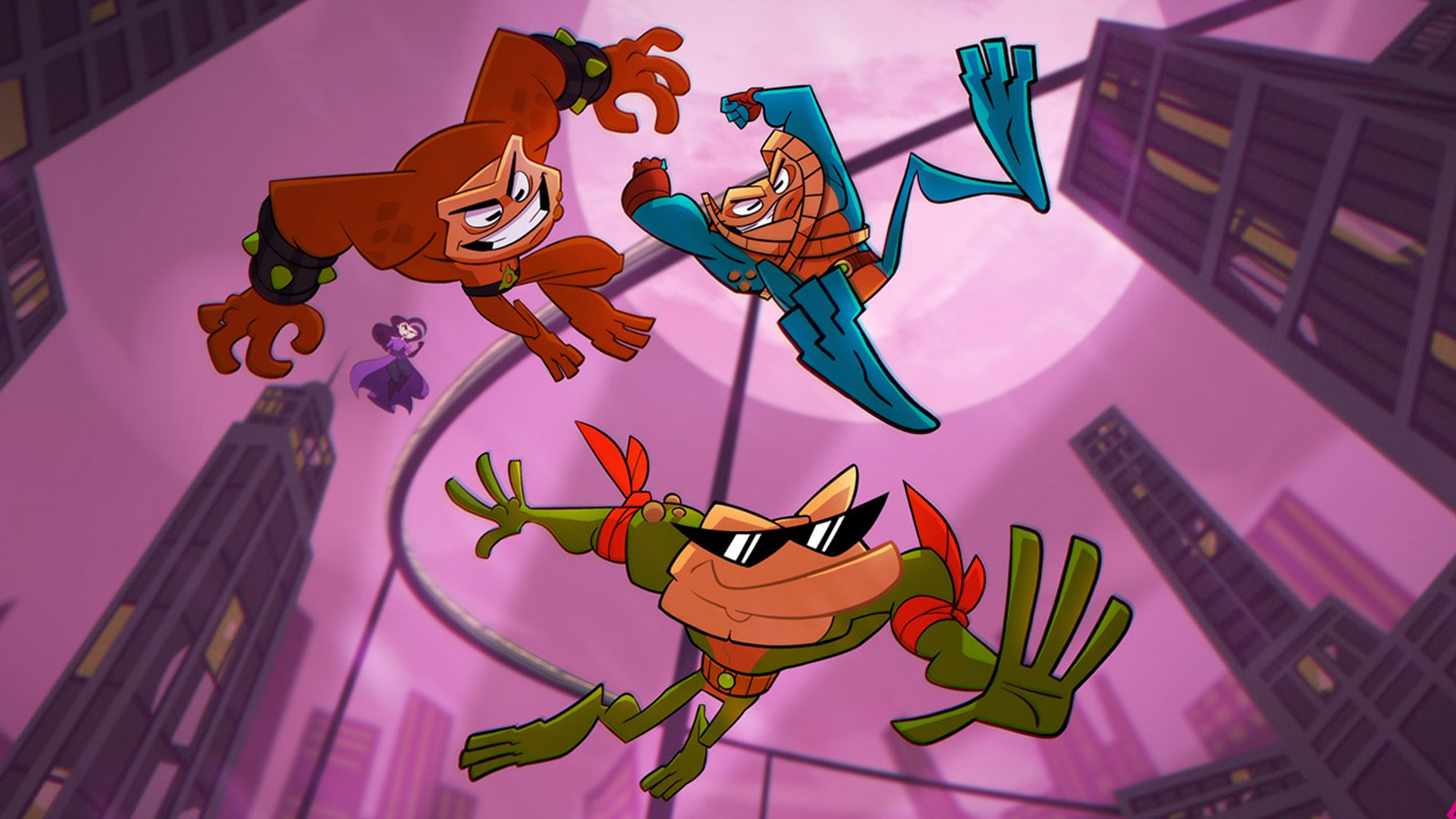 There’s nothing wrong with novelty. Capturing the spirit of the times is what makes the difference between the Teenage Mutant Ninja Turtles and the legion of knockoffs left in their wake. One of the aspiring franchises that never quite caught on was Rare’s Battletoads. The 1991 ‘action mutant’ NES adventures came on the heels of the TMNT transitioning into the genre of brawlers / beat-’em-ups. To distinguish itself, Battletoads changed mechanics from stage to stage. Its infamously difficult speeder bike section remains the most enduring legacy of the game.

So when the trailer for a Battletoads reboot dropped from Rare and developer Dlala Studios at E3 2018, the general reaction was more confusion than anticipation. Why now, over 2 decades after the last major release? Why does the game look like…that? Most importantly, who was this supposed to be for? After spending some time with Battletoads 2020, the answer is still ‘novelty’. The same spirit of the new that brought the first game into being all those years ago has returned. Re-introducing the Toads Rash, Pimple, and Zitz to a new generation of gaming is accomplished by some solid beat-’em-up gameplay.

The trio still have their cartoonish super moves from the series, comically morphing their bodies to drive home a solid hit on opponents. Only local co-op is available, but it’s the single player experience that provides the most surprising innovation. Live-switching between Toads can be done with a tap of the D-Pad on the controller. This makes for 3 times the health bar and a great way to build combos by tagging between team members. While revealing that the difference between the Toads is mostly cosmetic, this does help to emphasize the modern retro aesthetic. Battletoads brings together hand-drawn art, bright colors and a 90’s rock soundtrack, overlaid with a self-aware tone that would feel at home in the modern DuckTales reboot.

The result feels like playing a pilot for the tie-in animated comedy this game so clearly wants, with each section of the game dropping a title card. One of the ‘episodes’ centers on Zitz, the leader of the Battletoads. As neither the ‘cool’ one (Rash) nor the big one (Pimple), Zitz is insecure about what he brings to the team. How this conflict manifests in gameplay is through a bizarre whirl of levels, climaxing with an auto-scroller level of the Toads escaping an angry mob by riding the unconscious body of an alien diplomat like a toboggan.

Abrupt format changes like this appear throughout Battletoads. Unfortunately, it feels like these various sections get in the way of the combat more than adding to any enjoyment.

Battletoads’ willingness to change its gameplay early and often was a source of longevity in the days of the NES. Given gaming’s saturation in modern times, however, trying to be all things to everyone is a sure way to mean nothing to anyone. Zitz’ insecurity feels like a comment on the very nature of the series — Battletoads’ identity crisis is its identity.

Further unwitting metacommentary is a surprisingly dark moment with the final boss of the first area. As he realizes no afterlife awaits him, he narrates his own death in real time. The boss’ body fades away on his final words: “Make the most of the time you haaaave….” By that truth, playing Battletoads is the antithesis of that statement. It doesn’t waste much of your time…but in a year when Streets of Rage 4 exists, why settle for less?

The Battletoads reboot was released August 20, 2020 and is available on Xbox One and PC.