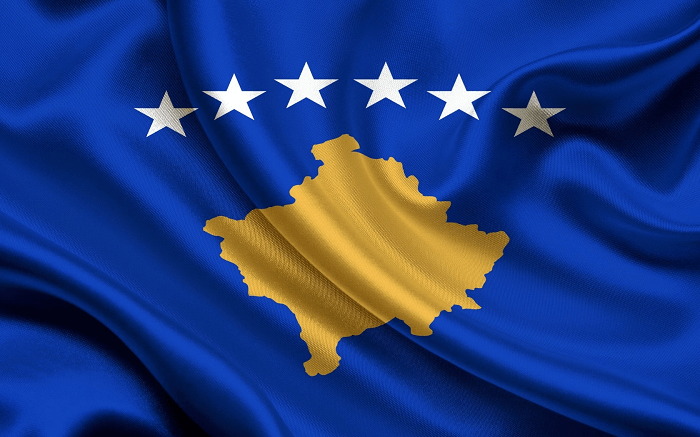 I had the pleasure of visiting and exploring the country of Kosovo for the first time this year; the following is a chronicle of that experience.

Before I even introduce any of the various international sources of sustenance to feed your Black nerd brain, I need you to understand one important instruction: prepare yourself for the staring. Now, I’m not talking about hostile, in-your-face staring so much as harmless uninterrupted gawking that assumes you must be a movie star, athlete, or Obama’s cousin based on appearance (although if you’re anything like me you’ll constantly have to convince yourself that you’re not actually being challenged to a showdown of the martial arts and/or card game variety). Luckily the writer of Bashkëbisedim  has this very detailed video to demonstrate exactly what I’m talking about, though I can only really attest to the first one at around 1:06 (for a better explanation of the more complicated nuances of race in Albanian culture, I suggest her blog post here).

Now that we’ve gotten that out of the way, the fun part: what’s a Black nerd to do all the way in a newborn Eastern European country?

Television, that old stanby of media consumption, is in fact a bit of a coin toss; while there are plenty of American movie channels that have been dubbed or subtitled as well as your standard throwback cartoons on Boomerang, I highly suggest checking out Bang Bang (channel 21) or Çufo (channel 22). Çufo is a 24 hour children’s network that runs shows based on age level, so though you may occasionally flip to some strange amalgamation of the worst parts of Barney and Teletubbies, between the two channels you can find anything from the anime version of Anne of Green Gables to Yu-Gi-Oh! to The Great Mouse Detective to The Legend of Korra. That’s right, you can find Korra. There’s hope for finding some brown faces other than yours yet.

Instead of commercials you get these strange animations every so often coupled with promotions for shows that run on the network, so… you tell me which is better.

If reading is more your speed (and, more importantly, if you can read Albanian) there’s actually a pretty healthy dose of nerd interest in the bookstore Duk A Gjini located in the capital, Pristina. While most of what you might be looking for appears in children’s (mainly picture books like Supermenu dhe flashi, Batman komploti i pinguinit, Batmani dhe ninxha, Winx vepro si ne and a variety of Hello Kitty titles), I also managed to find 500 Essential Graphic Novels and 500 Manga Characters outside of this section closer to the front. In general a lot of nerd culture seems to be like that: it’s here, you just have to search a little harder for it.

Perhaps of particular significance is the recurrence of (from what I’ve observed) the country’s one “manga” series, Ditari Roze (originally “Pink Diary”) by Jenny. Although not from The Block, I was pleasantly surprised to find that the author hails from Madagascar, so, arguably, the closest thing you’ll find to shoujo is in fact by a Black nerd. Because the original is in French I can’t tell you a whole lot about the plot aside from typical high school shenanigans revolving around one Kiyoko Tominari, but if the style looks vaguely familiar it’s because Jenny’s resume also includes work on the hit show Totally Spies, so the books are definitely worth a look.


[divider type=”space_thin”]
But let’s say your Skype is down and your phone plan doesn’t work and you’ve got a mean hankering for some nerd to nerd interaction beyond Tumblr and Facebook messaging. If you read up on your Albanian comic history from that record of complete truth and accuracy, Wikipedia, you’ll notice there are two spots it suggests checking out for just such an occasion: Dit’ e Nat’ and Strip Depot. Now, while I wasn’t able to actually set foot in Dit’ e Nat’ this trip, I have it on good authority (namely family members that have visited previously and the brief drive by we managed to fit in) that it is in fact a cafe bookshop as described, which is not terribly unusual as there’s practically a coffee shop every foot or so (fellow caffeine addicts, unite!). I imagine, however, that if you were trying to keep up with series you’d started back home this would be the first spot to check.

Strip Depot, on the other hand, is definitely an entire experience in itself. For one thing, if the online reviews are to be trusted, it’s everyone’s favorite in joke to tell their newly arrived American colleagues to meet them at the “strip joint” (cue the riotous laugh track when said friend figures out “stripa” refers to “comics”). That being said, it was fairly difficult to find between the narrow street it’s on and the glacially frozen sidewalks, so be on the look out for this flag:

Once inside, you’re greeted with a bar and cafe packed to capacity with twenty-somethings as Michael Bolton and Foreigner songs play vaguely in the background. Like I said, an experience. The best part of the ambiance, however, is the decor assumedly chosen by founder Petrit Selimi, “a comic enthusiast and former publisher of comic magazine Hapi Alternativ” (again, according to this article). Every wall of the cafe is covered in massive blown up comic panels or comic book inspired paintings (think Lichtenstein).

[divider type=”space_thin”]
This theme also extends to the screens on the windows (Popeye the sailor) and even outside to the awning. It really is like a cozy little comic nerd getaway (minus, of course, the staring).
[divider type=”space_thin”]
All in all, a thoroughly enjoyable experience that doesn’t leave a Black nerd feeling too stranded. If anything, it’s incredibly refreshing to process old favorites through the lens of a different culture and rediscover the things that drew you to them in the first place. If your interest is thoroughly piqued like mine was, there’s always the International Comics and Cartoon Festival held in September. Black Nerd Problems field trip, anyone?