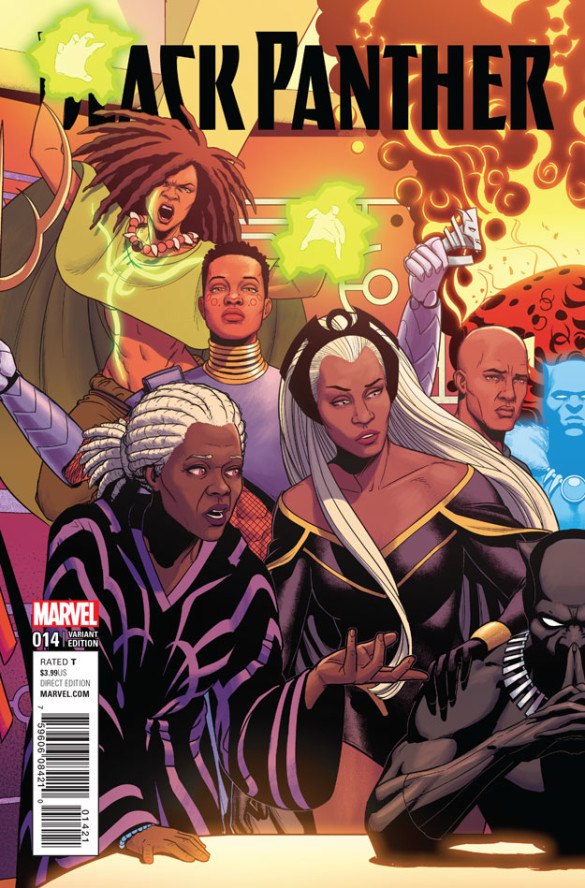 Ta-Nehisi Coates has something really special with his run of Black Panther. The book is a savvy, entry level venture into a long underappreciated region of the Marvel Universe as it, along with it’s hero-king, figures out what it wants to become. You could almost call this book “All New All Different Wakanda.”

When we rejoin T’Challa in Issue #14, there’s a lot of things at play here. First off, we see the return of an old villain alongside an unexpected visit from another (depending on whether or not you’re keeping up with Secret Empire). Meanwhile, the real meat of the book is dedicated to the Panther seeking counsel from some old allies who aren’t all that happy to see him. The level of shade and unresolved issues involved in this scene, in particular, is palpable, to say the least. Coates seems to be a fast learner as far as finding a happy medium between world building and brevity. He’s doing a good job of balancing a lot of elements, toggling between new threats, the current state of Wakanda and T’Challa himself trying to do things differently as a king and as a friend. 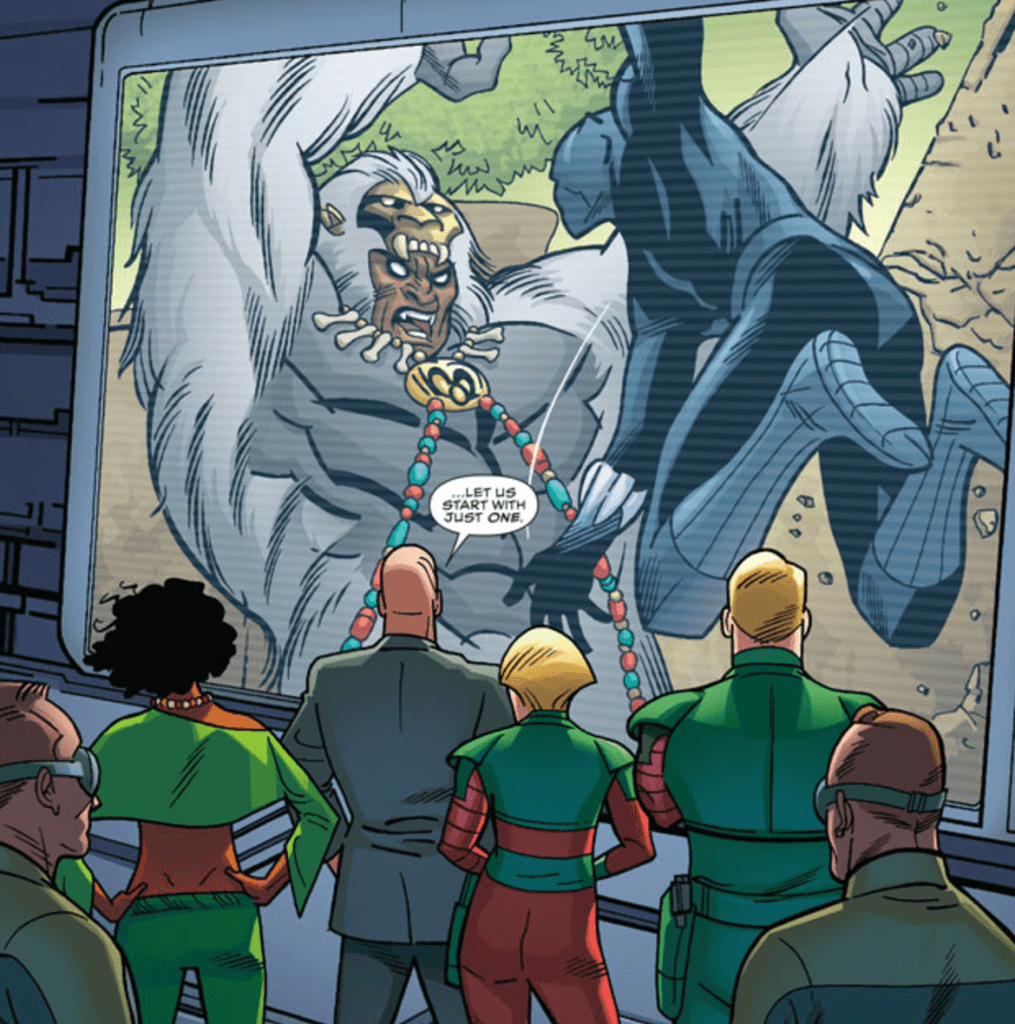 Our hero seems more human than he has in a long time and that’s exactly what this franchise needs in the relatability department. Wilfredo Torres and Jacen Burrows are doing a pretty good job with the artwork on this book. Following the amazing work, of Brian Stelfreeze and Chris Sprouse is no easy task, but these two handle it well enough, maintaining the aesthetic that came before them. Faces are bold and expressive in intimate moments but the visuals are at their best in broader panels with more than one character.

Bottom Line: This book is walking an entertaining tightrope between traditional superhero antics and Black Panther think piece. And it is walking that rope well. Coates is putting a lot of things into play, putting Wakanda’s politics, its leadership and now even its gods into question to see what comes out the other side of the ambition that’s being delivered on bit by bit.