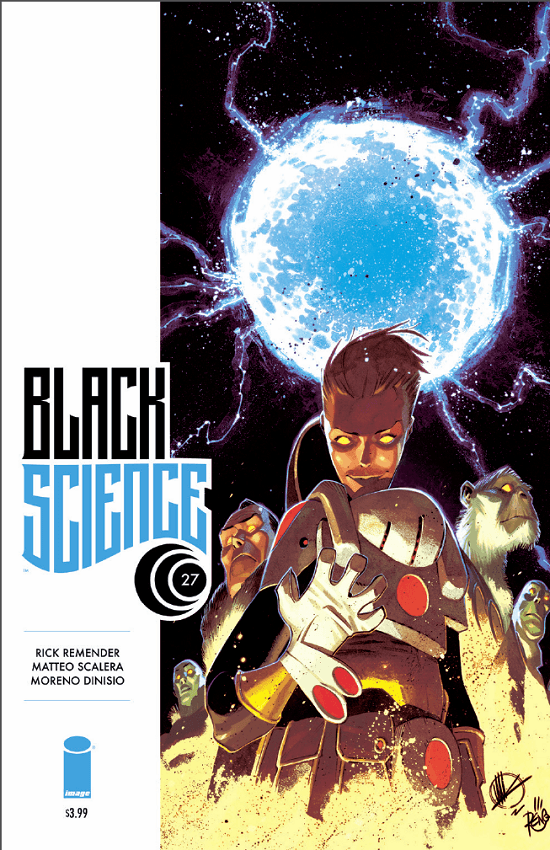 Do you have a moment? Would you like to hear about the Lord’s creation, a comic called Black Science. After reviewing this book for the last couple of years, I basically feel like I’m trying to convert you to the religion that Scalera and Remender built, but here’s the thing. It’s still, really, really good. Not only is the comic high octane, kinetic and clever, it has opened the boundaries so wide for what can happen in this multi-universe, that nothing feels out of reach or far fetched. Simultaneously, the world might span infinitely in a physical manner, but the characters and story still feel focused and rewarding, especially as events that feel like they happened a millennia ago are still very relevant and refresh to see come back. 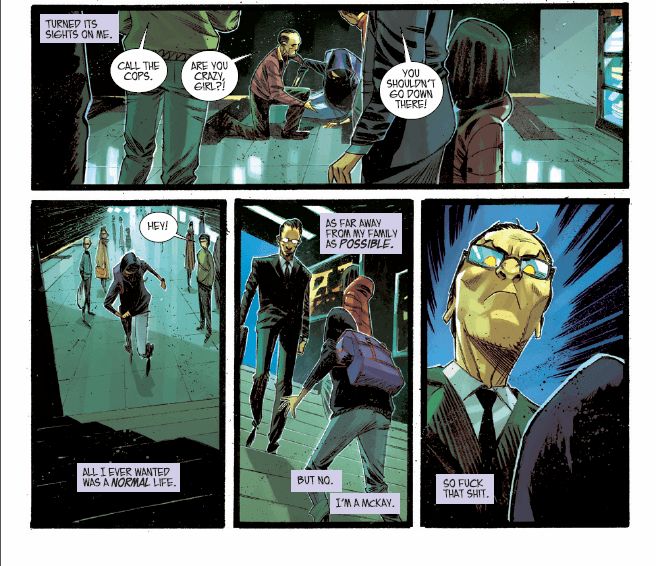 After Pia found her way to Hong Kong and then found her ass high-tailing it out of the subway when she stumbled upon Chandra, still possessed by those parasites, this issue picks up immediately with Pia trying to survive. Chandra, who hijacked a Pillar as has apparently been setting up franchises of these parasite bastards across the onion, sends her goons in pursuit of Pia, so she won’t give away their secrets. Along the way, there are some other surprises from the past, who have become superheroes of sorts since we last saw them, which is a great way to re-introduce these characters. 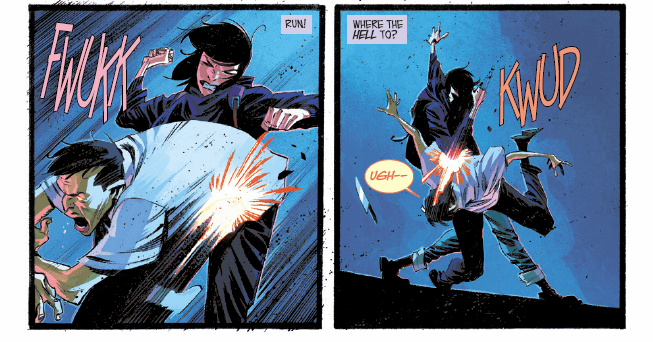 Scalera excels in hyper action sequences and this issue does that with vigor and potency. Pia running through China with a version of Fallen (the Denzel flick) pursuing her looks great and is executed expertly. What I like most about this issue is that with Grant out of commission and of no use to anyone, Pia as a character has been set up well to be the lead protagonist while we get her monologue throughout all of the developments.

With a cliffhanger of an ending, Black Science has pushed the stakes all the way up and its pretty hard to tell where the story goes from here, but you’ll definitely be willing to follow wherever it ends up.