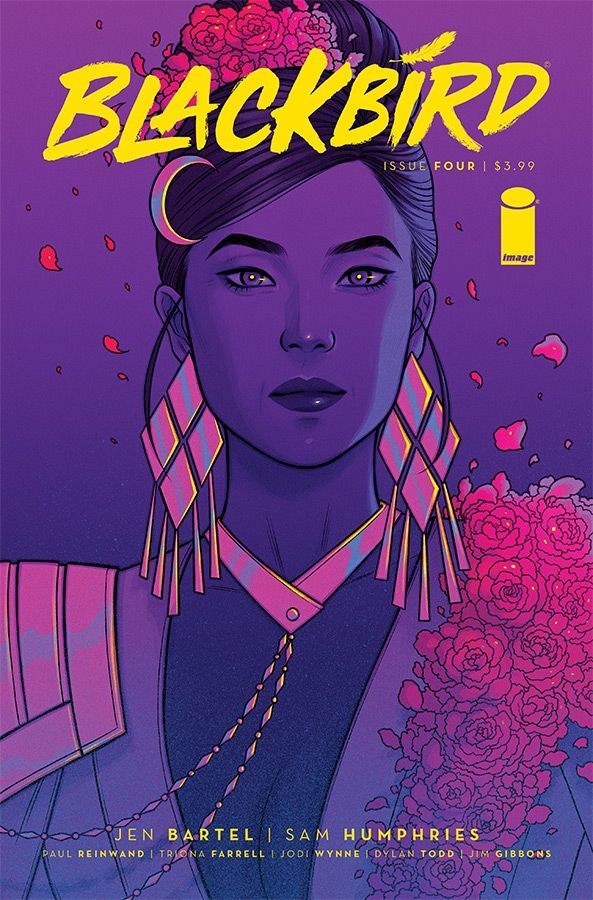 The opening of Blackbird #4 starts out with a Final Fantasy VI tribute. Nina Rodriguez is on a chocobo, rocking Terra Branfrond’s iconic outfit. And while one could discern multiple layers to this particular choice, I’m mostly going to take the opportunity and reiterate a point I keep coming back to: Jen Bartel is an incredibly talented artist and her ability to switch between high fantasy to run of the mil slice of life is what allows Blackbird to flourish as a comic. 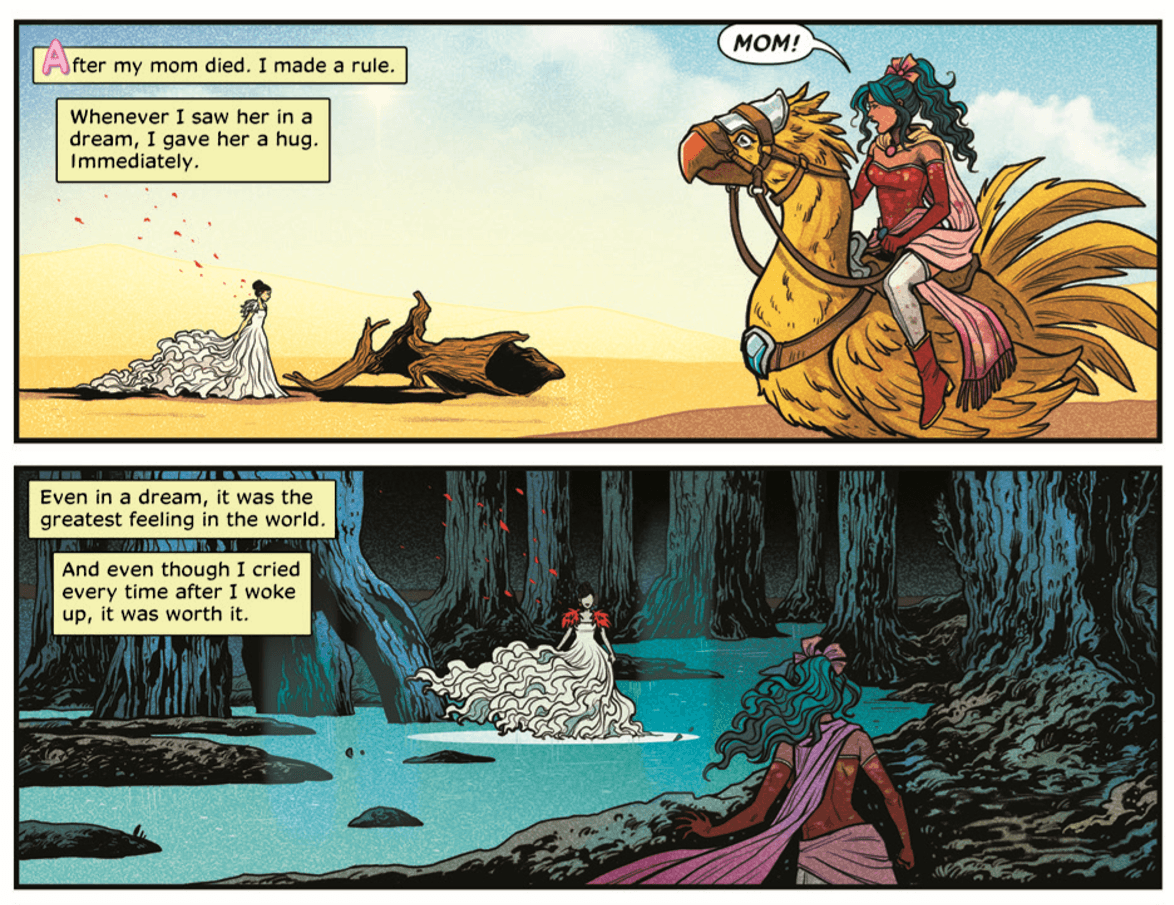 Humphries’s continue the elaborate worldbuilding of Paragons in Los Angeles, and Blackbird #4 provides a little more insights about the overlayer of magical politics between the different cabals. As Nina’s mother and Clint’s father hash out some compromises and agreements, the two are regulated to the sidelines. It continually emphasizes how little agency Nina has in her life and her growing desperation to have some control over what happens.

Less bombastic things happen in this issue compared to the saturated multicolored flourish of Blackbird #3, but the slower pace does allow for some more direct exposition. By the end of the issue, Humphries and Bartel are gearing up for more magically induced conflict and the intrigue and mystique of the series remain a consistent draw. 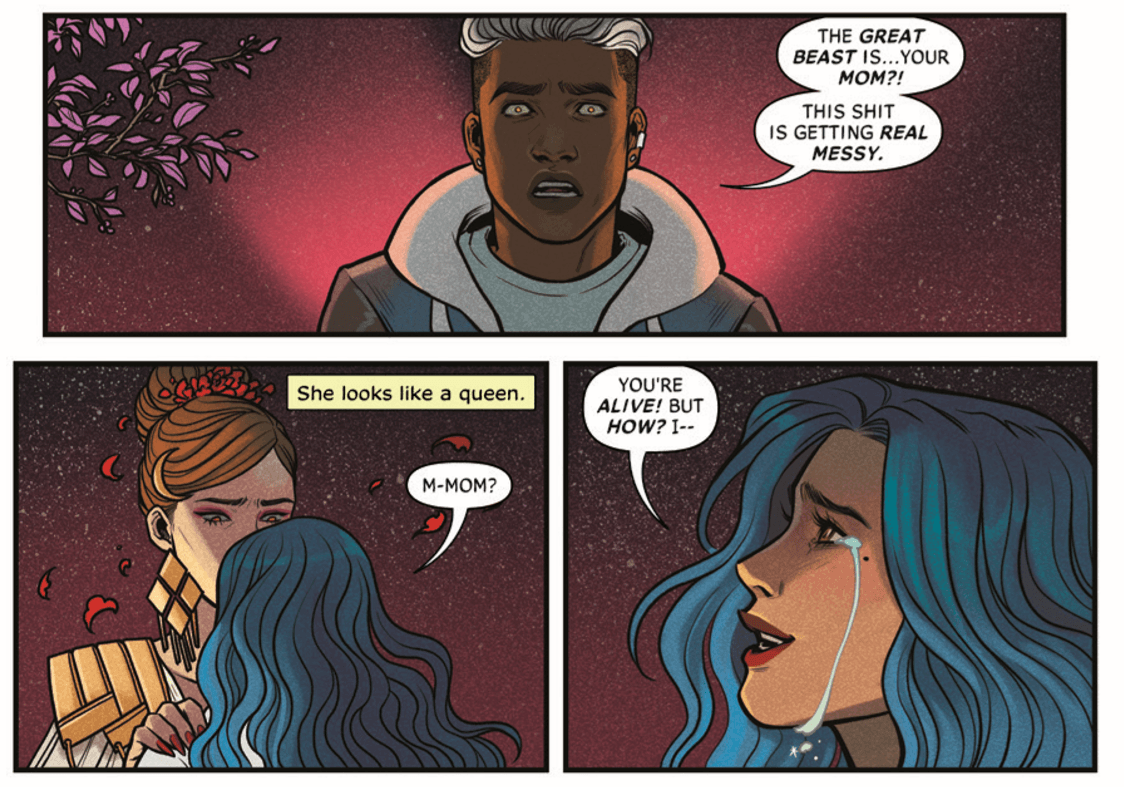 Blackbird’s strengths lie in its duality of the stark contrast between Los Angeles and its magical underbelly. As we delve further into the world with Nina, she herself begins getting more agency and is slowly transitioning from passive observer to active agent in her destiny. Humphries uses unreliable narration and imagined what-ifs scenarios to make everyone question what exactly happened in the past and how it’s going to affect the future and Bartel brings it to a beautiful technicolor life, aided by Reinwand’s layout.

And the more that the book embraces its magical mystery, the more I find myself vested in its narrative. It’s a lot of visual flare, but the story is a good scaffold.