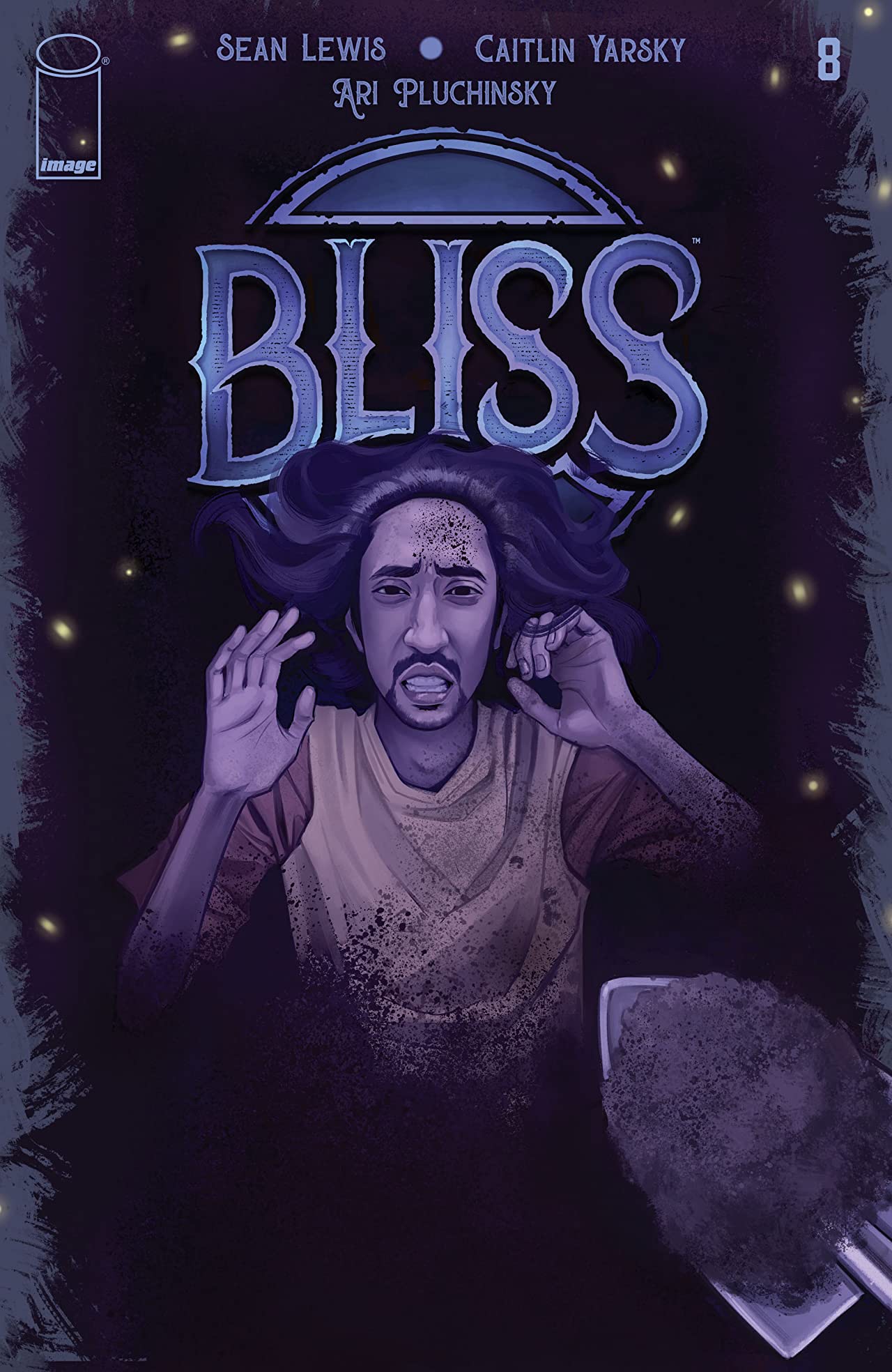 One of the unfortunate realities of being a comic book reviewer is that given the plethora of content out there and the clashing release schedules, it’s not feasible to review every single comic book that piques my interest. There are of course titles that I prioritize, but there is such a variety of stories being told, a veritable treasure trove of content, that sometimes even incredibly realized books don’t necessarily get their due coverage.

Bliss is one such comic, a series I’ve kept up on my personal time and with Bliss #8 marking the end of the narrative, I decided to make it a point to make sure that the haunting, tragic world that Lewis and Yarsky crafted gets illuminated. Bliss #1 was an incredibly well-conceived dark fantasy centering around the deeds of the Ohara family. Throughout the course of the series, people were killed in the name of family, drugs were taken to try and cope with the harsh realities, and gods were fought against and alongside of for a wide variety of factors. And Bliss #8 is a succinct, fitting capstone to the story after the frantic battle that occurred in the previous issue. It is a meditative missive, a chance for the character to examine the central thematics that Lewis has woven through the story and to revel in the world that Yarsky has crafted one final time.

And interestingly enough, Bliss #8 also features a coda to the story where Lewis provides a little more context to the story, a sort of counter refrain to the fantasy narrative of Perry and Benton Ohara. A grounded reflection to the story and a way to bring everything together quietly.

Bliss is a wonderfully tragic allegory. It is a comic that I would gladly add the collected edition to my shelves when it releases. It is a story that uses the lens of this magical drug called Bliss and examine the harsh realities of the human conditions. The decisions we make in the dark. The decisions we make in the light. The consequences of both. Lewis and Yarsky over the past year have deftly created a touching world that ultimately tries to make our world a kinder place, and that is something truly commendable. Once again, Bliss #8 is a great end.