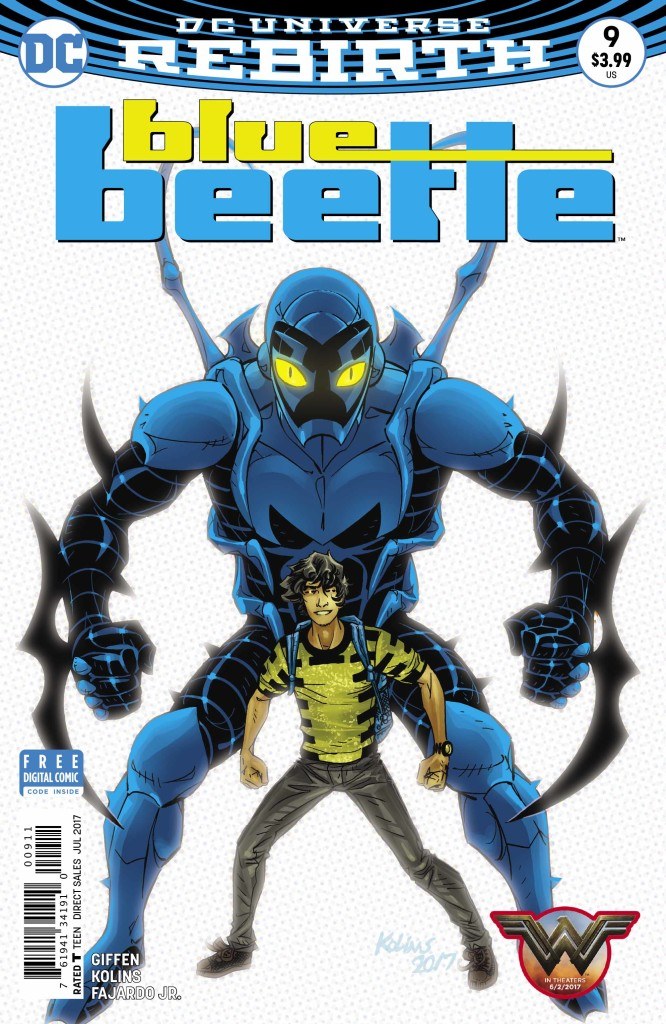 Can we talk about how great it was to see Jaime in Kord’s old gear jumping out the Beetle ship? Nevermind the fact that he didn’t stick the landing tho, let’s over look the semantics there. Speaking of Ted Kord, more of his secrets keep coming to fruition as Jaime finds out Kord’s work partner Teri is a metahuman with super speed. 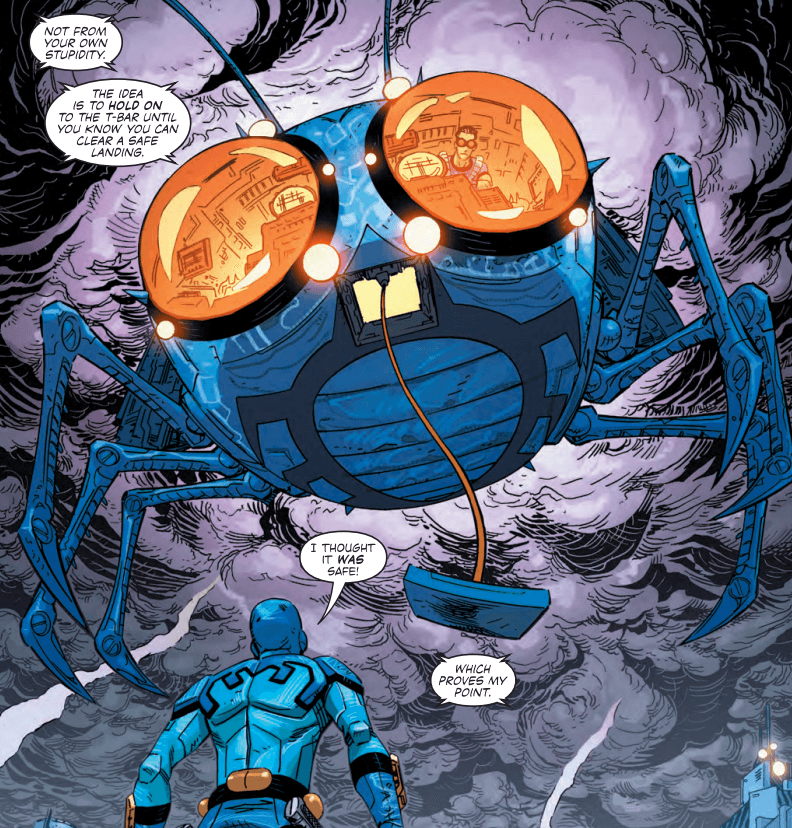 The issue delves into magic, the happenings of Doctor Fate, as well as how OMAC and Brother Eye factor into the battle. The highlight for me is the banter between the team members, especially Kord and Jaime. I’m loving their dynamic more than the threat and villain this arc. Giffen is able to capture the core of these characters which is what will keep you invested. Kolins comes through on the air drawing these characters duking it out as well as making the mystical elements of the fight and characters feel otherworldly.

We’re gearing towards the final boss battle and closing of our first major story arc. There are a lot of questions moving forward that we’ll still need answers to regarding Jaime and the Scarab’s relationship once this battle is said and done. It’s enough to keep you geared into the series moving forward.