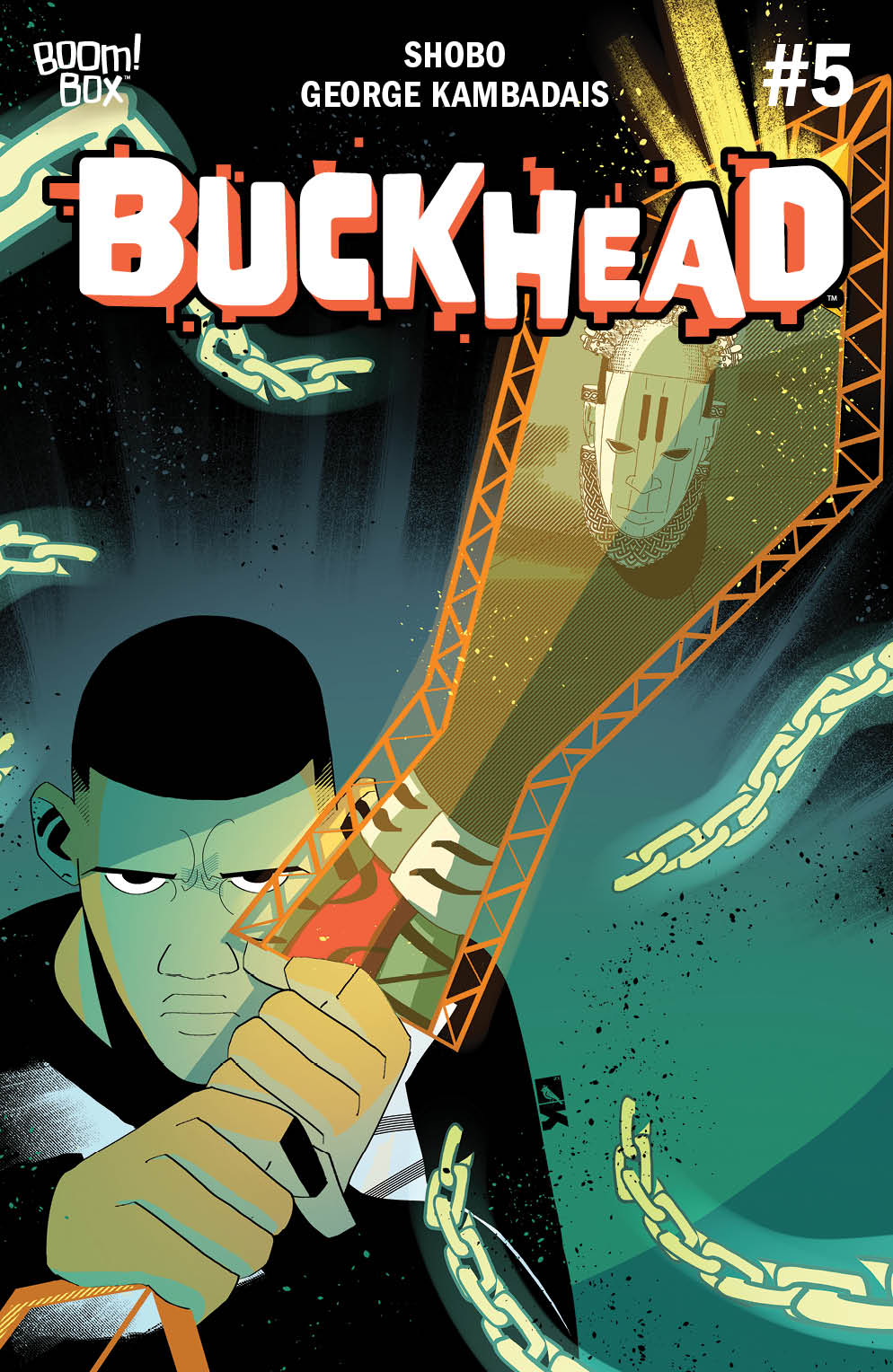 Last issue saw Toba enter into the temporally odd Elseverse reunite with his father while his friends defended the portal to the best of their abilities to buy their companion as much as time as humanly possible. After a lot of bearing of various emotions, it looked like the day was won when Toba discovered the existence of the Eben Sword, but unfortunately their nemesis Ewon also escaped. Thus set the stages for the final issue of the Buckhead mini-series.

With Ewon and his legions slowly wreaking havoc on Buckhead, Toba and the team have to make a final one stand to save their town. Shobo and Kambadais had to cover a lot of ground with this issue. While we had a grand action set piece last issue, we had yet to have the final definitive fight, and the creative team had a lot of ground to cover with the standard twenty pages. Everything moves at a blinding quick pace as Toba retrieves the Eben Sword in the real world, and the group finally fights Ewon head on.

Shobo manages to be efficient with the storytelling, but there is very little time to breathe. Each page is full to the brim with action and exposition and even the moments of rest that the character gets are brief pages before we get to the narrative beat. Furthermore, given that the majority of the issue deals with the action-packed climax, there’s not a lot of real estate to unpack the implications of the ending. While it wraps everything up, I feel like one more issue could have helped with the pacing.

Kambadais makes Buckhead #5 a spectacle to look at though, and Jim Campbell’s lettering is absolutely on fire between Ewon’s altered speech text and the exposition boxes. All of the actions are easy to follow even though it’s very dense, and Ewon’s final design is truly a site to behold and stare at in wonder. The visual elements of the book are dynamic and kinetic, and it makes for a great read.

All in all, Buckhead was a tight, if not filled to the brim, mini-series that did a lot of intriguing things with the intersection of video games and mythology. There’s a lot to love and the world provided a fun, thrilling jaunt. I would have appreciate maybe just a couple more pages to fully appreciate all of the effort that went into constructing Toba’s journey.