It’s said that the opposite of love isn’t hate. It’s indifference, that feeling of just not giving two shits about something, like an annoying ex or cardio. That same indifference surmises the overall sense around Captain Marvel, 2 full hours of convoluted dribble that is good enough to not be bad, but not bad enough to be memorable. So, why is Marvel Studios’ penultimate film in a whopping 10-year, 22-movie arc leading into Avengers: Endgame, so damn dull?

Written by indie writer/directors Anna Bolden and Ryan Fleck, and co-writer Geneva Robertson-Dworet, Captain Marvel stars Brie Larson as Vers (pronounced “verse”), an alien Kree woman and member of their armed forces – or so she thinks. In reality, Vers is Carol Danvers, a human US grounded fighter pilot (women weren’t allowed to fly combat in the 90s) from the planet earth who somehow wound up on the Kree homeworld with no memory of her former life, strange dreams of another world, and the ability to shoot proton blasts from her hands. Her amnesia takes center stage when she’s kidnapped by shape-shifting Skrulls, the Kree’s mortal enemies, who then scour her subconscious in search of information from Vers’ past. After an excitingly daring escape, Vers crash lands into a Blockbuster store in Los Angeles circa 1995 and meets a young two-eyed Nick Fury (Samuel L. Jackson). From there, the occasionally dynamic duo takes us on one of the most mediocre buddy cop action flick rides since Rush Hour 3 (I said what I said. Argue with your granddaddy.).

Captain Marvel’s biggest letdown is its inability to see a theme through to an emotionally satisfying conclusion. The best superhero movies – and movies in general – are stories that are about something. The Oscar-nominated Black Panther, a film that elevated the superhero genre, was about the social and geopolitical effects of colonialism on the African diaspora. Wonder Woman was about stepping out of the familiar to embrace one’s destiny. Batman v. Superman: Dawn of Justice was about… I dunno, women named Martha? The point is, the protagonists start a journey in one place, but end it in another after some goal is achieved and/or lost by the time the credits roll. Captain Marvel doesn’t really have that, other than Vers/Carol regaining her memories and discovering a secret.

When we first meet Vers, she’s sparring with her superior, Yon-Rogg (Jude Law), who lectures her about thinking more with her head and less with her heart. Corniness aside, Yon-Rogg’s pompous “advice” establishes Vers as an overly emotional recruit who will have to learn how to channel her emotions to ultimately unlock her past and her full powers by movie’s end. However, that aspect of the story never really materializes. There are no flashes of anger or bouts of insecurity that Vers has to overcome. She’s fairly confident, self-assured, and basically the best version of herself in the beginning, middle, and end of the movie. With an exception or two, no one ever really makes much mention of Vers/Carol’s emotional state until the waning 20 minutes of the movie. By that point, there’s little to no satisfaction in the completion of that supposed internal struggle. 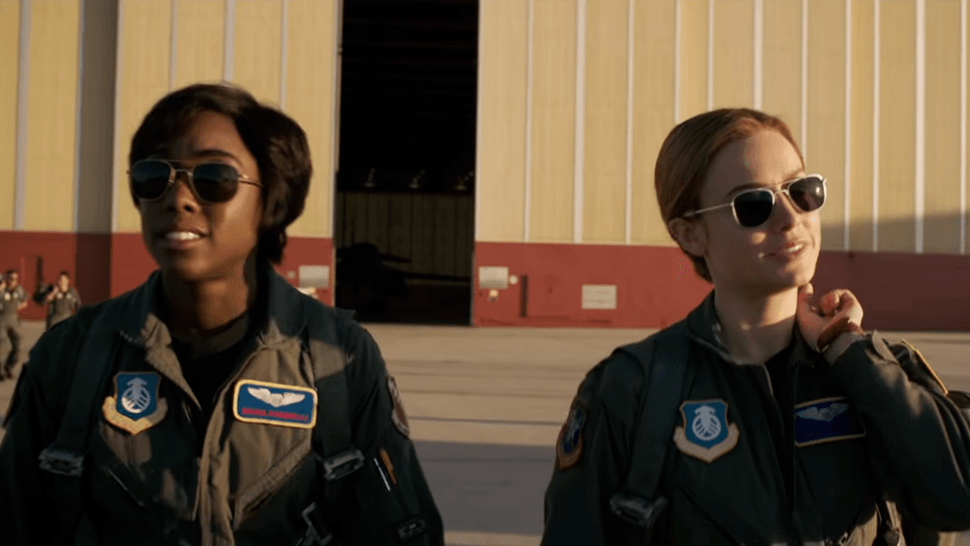 The themes of sisterhood and friendship, while present, also get short shrift in Captain Marvel. While Vers tries to piece together the puzzle of her former life, the majority of her memories are of her best friend and fellow pilot Maria Rambeau (Lashana Lynch) and mentor Dr. Wendy Lawson (Annette Benning). Unfortunately, both characters are woefully underdeveloped and serve as barely-there plot devices. While it’s hinted that Maria was devastated by the supposed death of her best friend, there aren’t any scenes prior to their reintroduction in the film’s 2nd act that highlight Maria’s grief. What was clearly meant to be a cathartic moment between long lost friends at Maria’s dinner table ends up ringing hollow. And while Brie Larson’s performance at times feels as wooden as Maria’s 1990’s home décor (all oak everything?), one can’t help but wonder if the Oscar winner could’ve pulled off a stronger performance with meatier material.

Then there are Captain Marvel’s powers. At the top of the film, the Supreme Intelligence, the Kree’s governing Artificial Intelligence, repeatedly tells Vers that the Kree gave her her wicked cool photon blast powers, but that they can easily take them away via an implant in her neck. Vers never really questions this or why she is the only member of her squadron to be given such power. When she finally learns the truth, her fully manifested powers aren’t much more impressive than Thor’s. Like him, she can fly, shoot concussive energy blasts (lighting for Thor), and is strong enough to push a missile midair (though we never know where she gets the idea that she can even attempt this). That makes Captain Marvel valuable in the Avengers’ upcoming battle against Thanos, but she feels more like a compliment to their arsenal rather than the secret weapon. Considering that Captain Marvel is one of the strongest heroes in the Marvel multiverse, that’s kind of a shame. She really kicks some serious ass in the comics. 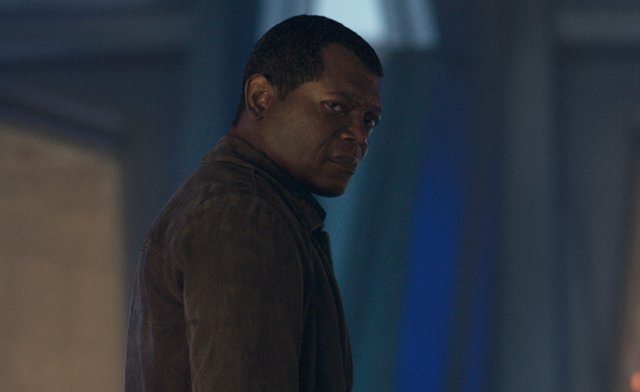 But Captain Marvel isn’t a bad movie by any means, and it’s not without its bright spots. Samuel L. Jackson shines as S.H.I.E.L.D. agent Nick Fury, adding a healthy dose of fun to the film. As Captain Marvel is a prequel of sorts, Fury isn’t quite as jaded as we’ve come to know him, and it’s refreshing to watch him go from mistrusting Vers/Carol/Captain Marvel to them becoming a true team. Plus, even the man’s momma calls him Fury. Imagine how badass a Momma Fury cameo would be (hint, hint Marvel)!

And while Captain Marvel does very little in terms of personal growth, she does represent a certain female fearlessness that is wonderful to experience. She’s not worried about a love interest or pining for something or someone. She’s about business, be that kicking some Skrull ass or uncovering major government conspiracies. While the inevitable montage of Carol Danvers getting back up after every fall are obvious and ring hollow due to her lack of character development, it is nice seeing her and her fellow heroines unafraid to own their power. 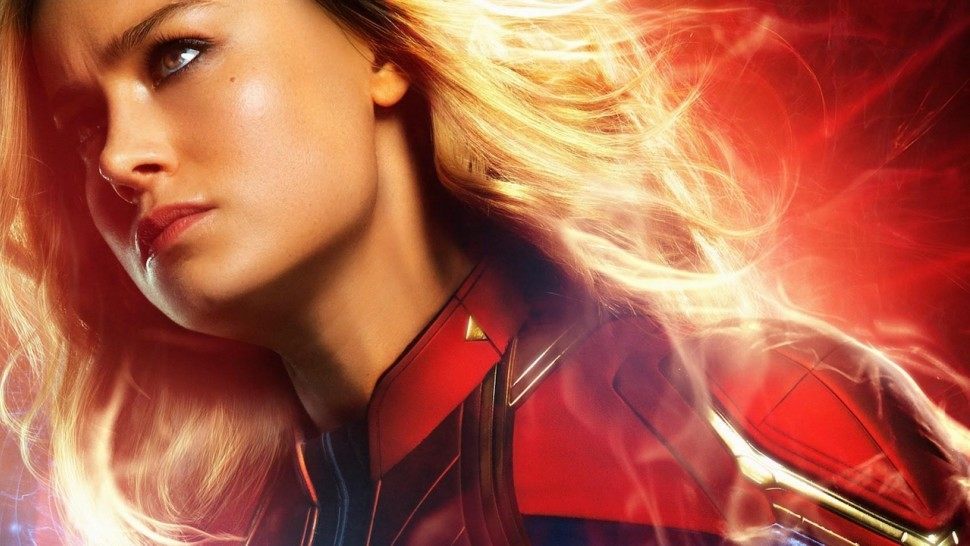 So, while the fight scenes aren’t anything to write home about and the many, many, many nods to 90s technology are (mostly) funny, is Captain Marvel worth your hard-earned coin? If you’re looking for mind-numbing explosions and standard, cookie-cutter superhero fare that’s barely a step above genre films from the actual 90s, then Captain Marvel is worth seeing during a matinee or discount day at your local theater. You can use the extra money for snacks when Avengers: Endgame comes out in April.