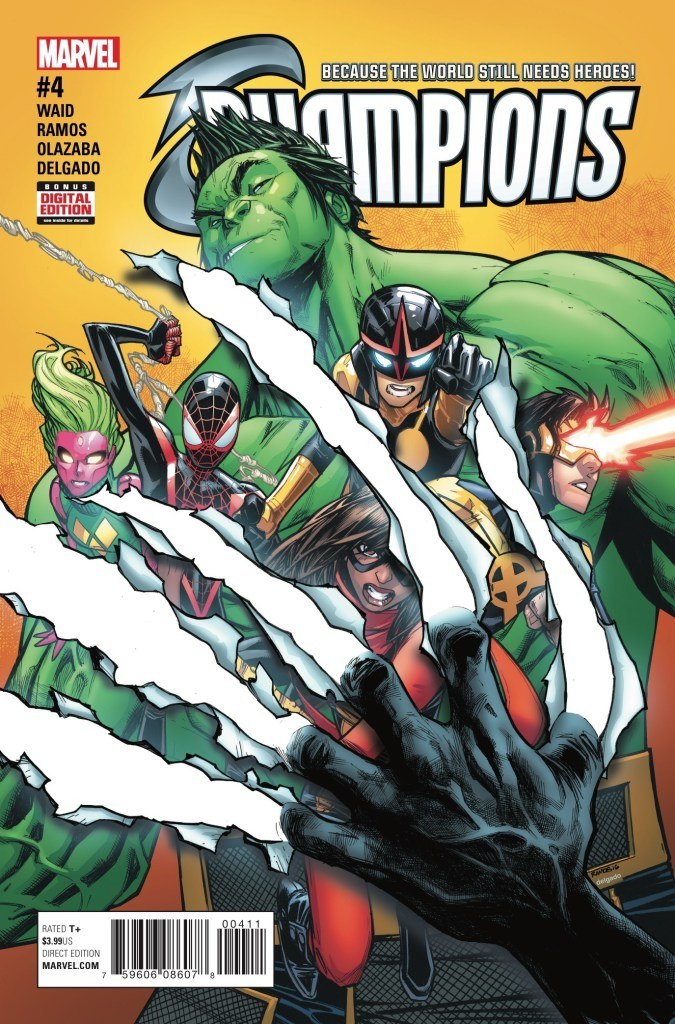 This issue wasn’t drastically important for the overall story moving forward but wasn’t a wasted opportunity for character development. The Champions are still a very very new team working together and still have to learn a lot about one another in order to function. What better way to learn about someone then being shot down over a large body of water with no land in sight? We see Ms. Marvel give out direction naturally as their aircraft is literally falling apart from a missile attack. The team leader conflict begins to come up again as Cyclops instinct as leader kicks in with suggestions for the top priorities at the moment.

What I like about the dynamic between Cyclops and Ms. Marvel is that Scott keeps checking himself when he steps into the leader role by trying not to speak over Ms. Marvel who is already on the same page. Also, let’s realize that although we don’t know how old this Scott Summers is, he’s got leadership under his belt and Ms. Marvel is already thinking on par with him. Cyclops has one of the greatest tactical minds and your girl Kamala Khan already showing that she’s up there too. That’s all I’m saying. This dynamic comes around full circle in the end which I freaking loved. Now, the interesting thing is how Amadeus is the smartest but that doesn’t incline him to be the natural pick for the leader. 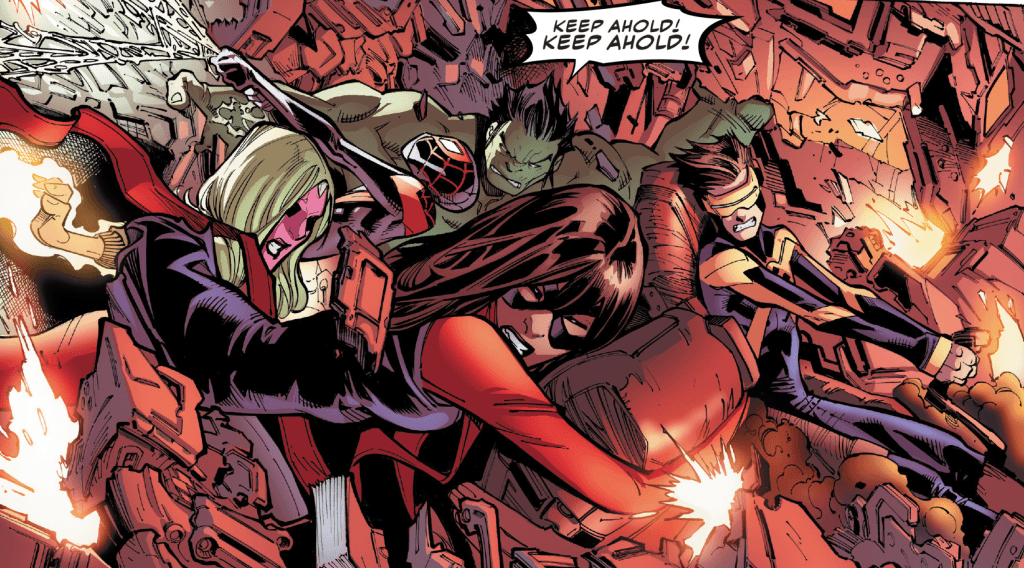 We find out who attacked the Champions and it’s really no major reveal as to who because it’s so obscure of a nemesis for this issue. I won’t spoil it but trust me it’s nothing major, however, it does place the team into a position where this situation they’ve found themselves in (they got captured hilariously due to someone’s poor plan) turned into a team exercise for trust. The team learns to trust one another in the midst of action as well as opening up to one another prior as Sam learns about what happened to Viv’s family (and why she don’t rock with emotions).

Ramos continues to do the Lord’s work on art, we’re seeing the team work and utilize one another in various elements outside of everyone’s comfort zone which isn’t easy to do with such powerhouses on a squad like this. Waid and Ramos find a great way to keep our young heroes challenged as well as figuring out solutions to the challenges. 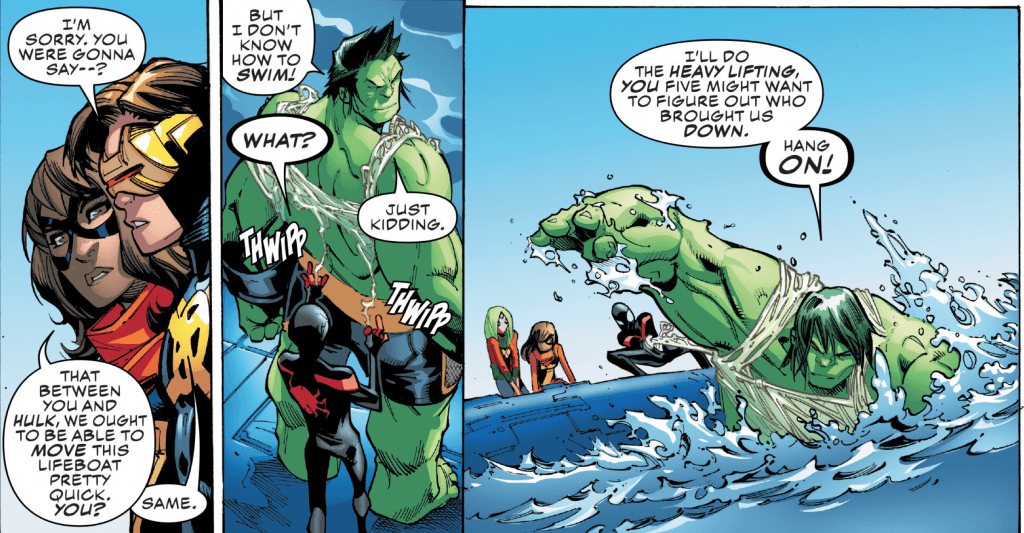 8.4 Team-Building Exercises out of 10