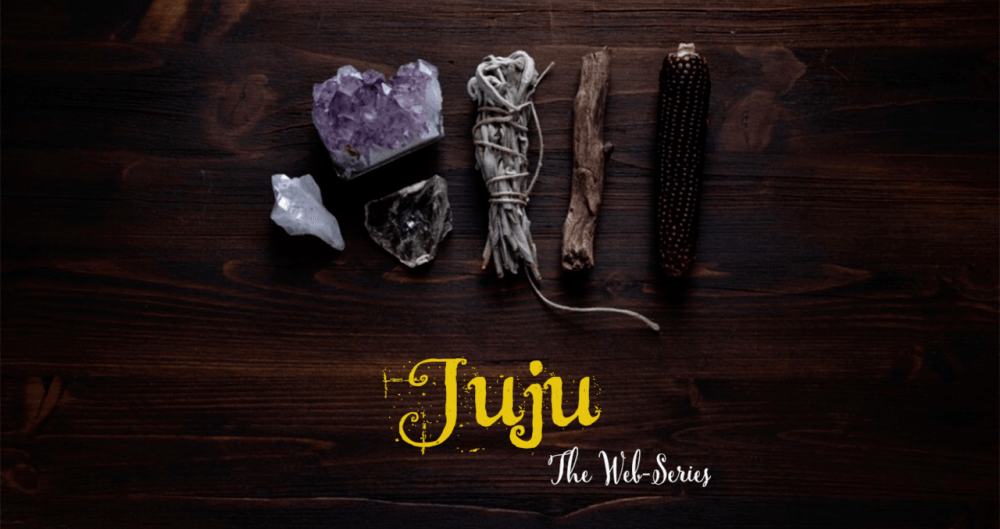 Cleanse your crystals and light your candles ’cause white girl witches are in retrograde and we have officially entered the season of literal Black girl magic. Between the various stories featuring Harry Potter‘s Hermione, not one but two Power and Magic anthologies, and the new reboot of Charmed to name just a few properties, the last few years have proven to be a fortuitous time for the Black millennial magic user. Now you can add Juju to that list; a web series created by filmmaker and screen writer Jhe Ferguson (creator of Mental: A Three Part Film, an exploration of mental health and West Indian culture) and produced and directed by BNP favorite Chanel Dupree (the mind that brought us the story of Black girl sisterhood in the short film Shoulders).

Juju: The Web-Series Pitch Video from Jhé Ferguson on Vimeo.

Described as “Charmed meets Insecure,” Juju tells the tale of three friends’ magical awakening in New York City on the youngest’s 27th birthday. As they struggle to harness their newfound powers and break a generational curse extending all the way back to Salem, their biggest adversary yet looms on the horizon: every day adulting.

What I already love about this series is its deliberate approach to Blackness, magic, and the cultures where they collide; there’s a great deal of care and research to pairing each woman’s distinct personality with her lineage that you just don’t find in a lot of mainstream series that try to tackle magic and the African diaspora (I’m looking at you, Rowling). In addition to a clip featuring the Jamaican herbalist and empath witch Ayana “Yaya” Dixon (below), the series’ Vimeo channel also features introductions to the mind controller from Louisiana, Angelique “Gigi” DeBlanc, and Aleja “Ally” Delgado, a Cubana from the Bronx who can manipulate people’s bodies.

Yaya the Empath from Jhé Ferguson on Vimeo.

Much like the creator herself, I’ve always been drawn to series featuring supernatural women but often felt like there wasn’t really a place for me in their mythos, so I’m pretty psyched to see this debut next year. As if the premise wasn’t magical enough, the project also boasts an all women of color film crew, which as we all know is also the ancient incantation for “shut up and take my money.” Luckily Juju has a crowdfunding campaign for just that on Indiegogo, which you can check out and support here. Early donations even receive a free crystal gift, so not only can you support amazing art you can get your altar right, too.