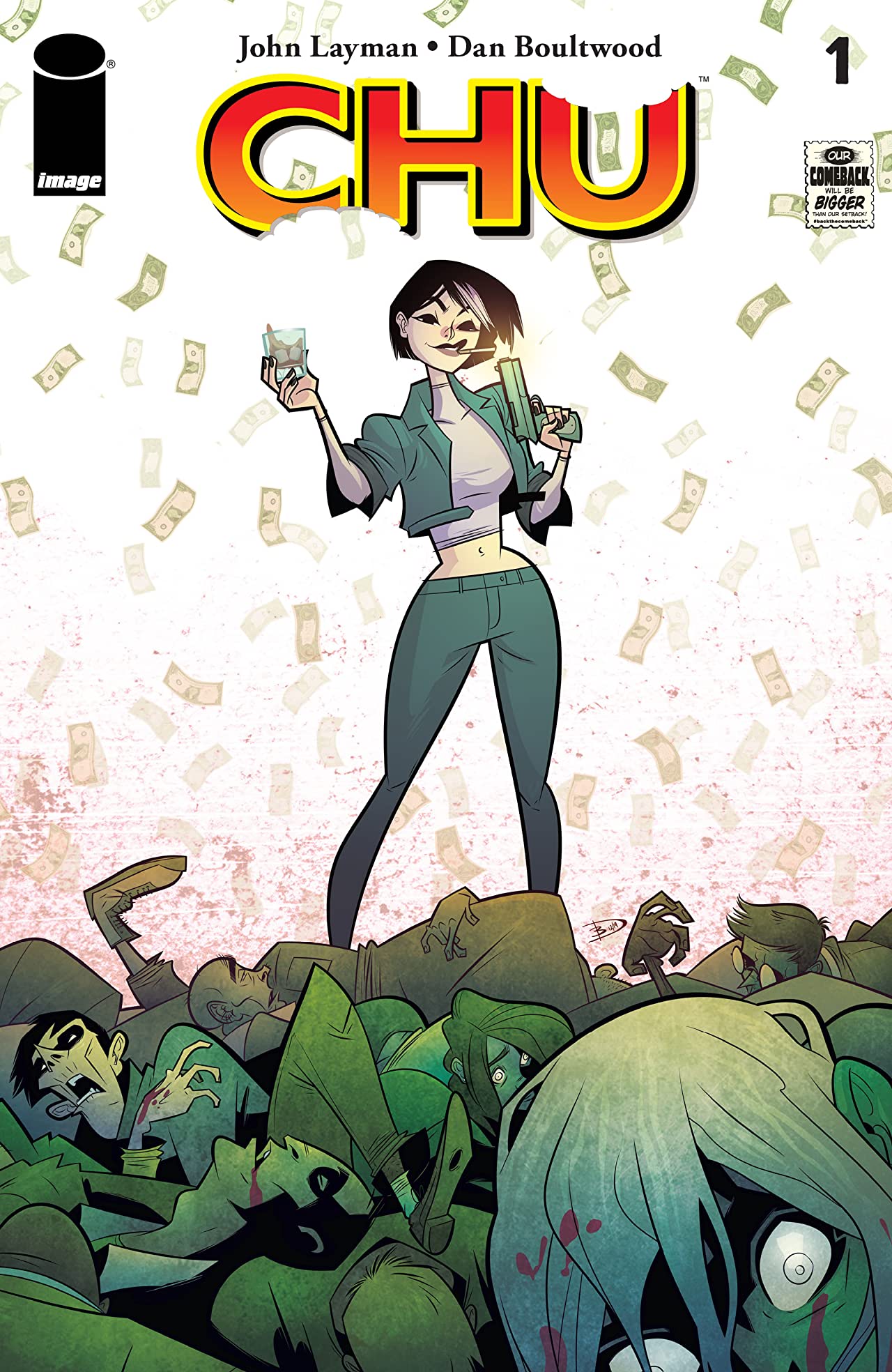 This was a highly anticipated series for me a couple months and prompted me to recommend Chew, a story about a cop with cibopathy (the ability to see the history of anything he’s eaten. Yes, anything) and the fact that the story very much hits differently in 2020 for a laundry list of reasons. But Chew is one of the first collections of comics I ever acquired when I first became an avid reader and there was definitely a smile on my face when I opened Chu #1, with a slightly different artistic styling, but the same off brand food related humor and it definitely felt like coming home. 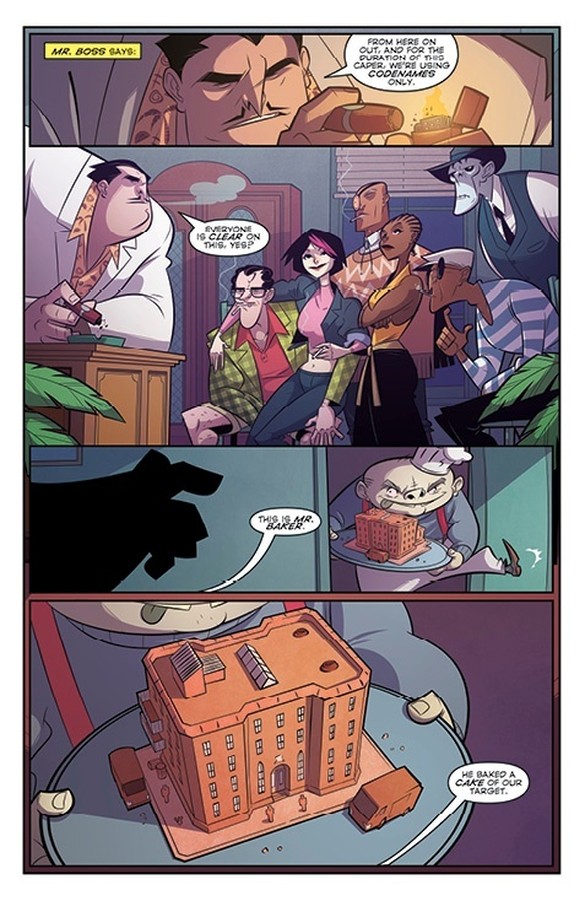 It’s important to note that Chu isn’t a sequel, but a spin-off, a side story set in the same universe just with the spotlight on Saffron Chu, Tony Chu’s sister who also happens to be a notorious criminal with another food related superpower (it runs in the family). As a protagonist, Saffron very much stands diametrically opposed to Tony’s by the book approach with a very laissez-faire attitude, although you can definitely tell that they are siblings given how they approach food, interpersonal relationships, and familial ones.

Saffron’s new to us as the reader, but her personality and presence very much fits within the greater Chew-verse and the fact that we get to see food-related crimes from the perspectives of crimes bosses and thieves is kinda great. It’s bombastic and fun, and Layman’s off brand humor shines through. Boultwood’s art meshes with the universe, and the finish on the colors gives it a bit more of a Ocean’s Eleven caper feel in contrast to Chew‘s more standard cop procedural aesthetic. They feel like they co-exist though and that’s really all I ever could ever ask for in a spin-off.

My biggest critique lies in the fact that while we get an introduction to the high stakes nature of Saffron Chu’s world, we don’t really get a chance to really get to know Saffron in her introduction. There’s a lot of staging of a larger plot and establishing the continuity that’s done in this first issue that is great for long time fans, but Saffron herself only gets a couple quips to establish her personality. And there’s plenty of time to get to know her better, but she didn’t get nearly as much shine as her brother did in his debut. 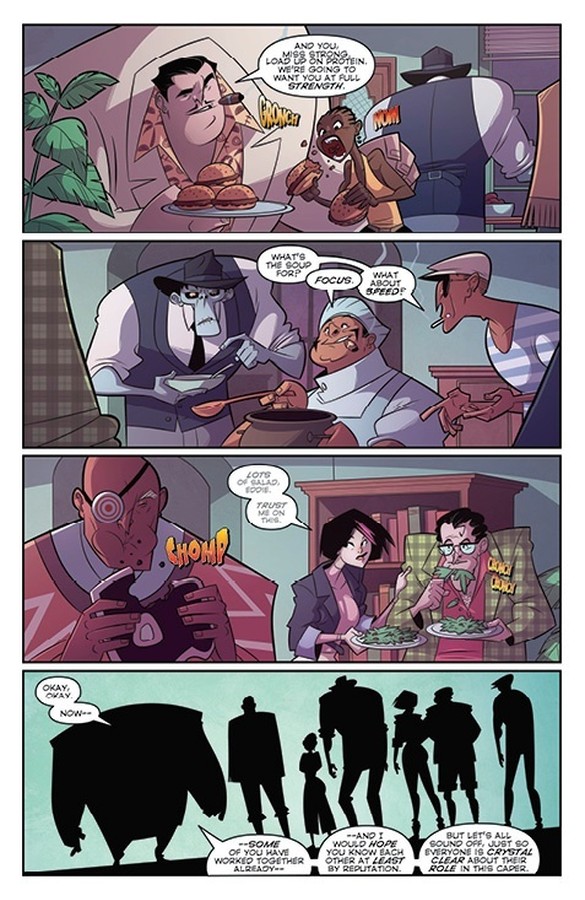 That said, I still loved the issue. Layman’s writing and Boultwood’s art have manifested a different segment of a universe I have loved and as a Chew I definitely recommend it to others, and for the uninitiated… you’ll still appreciate the stylized world and the food related shenanigans, but as of now, Chu is best served alongside its predecessors, although time will tell if it becomes a worthy standalone serving.