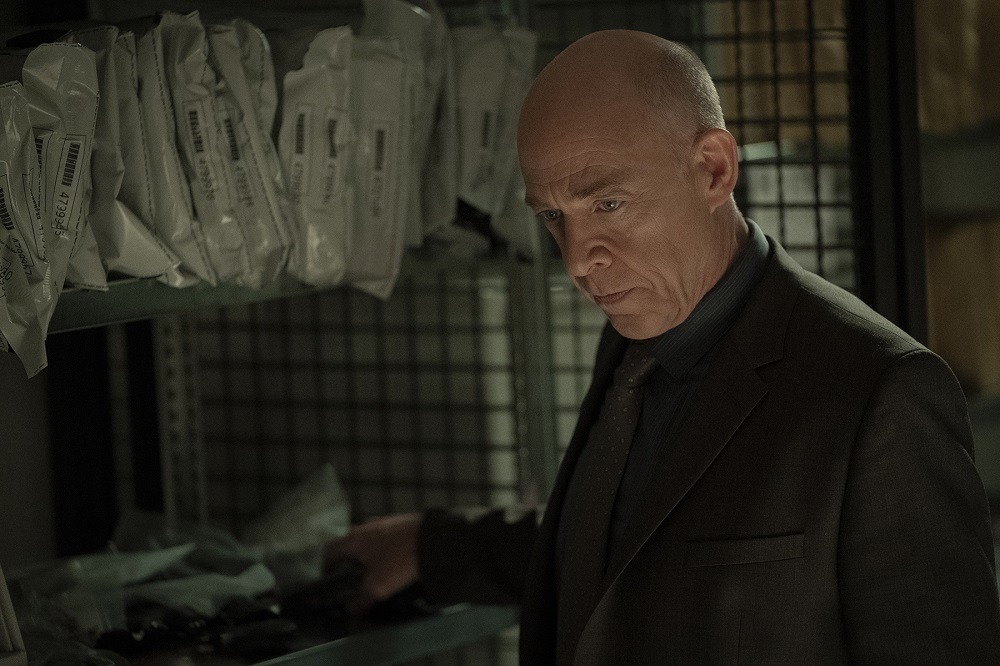 Counterpart Recap: Shadow of a Doubt

***Spoilers be coming to your crib and reclaiming what’s theirs. Previous recaps are here.***

Cold open with Ian laid up with a gorgeous natural sista? Ok…I’m interested. They debating their favorite, sometimes problematic crushes. But…this must be a flashback cuz your boy talking about being married and being distant at home. Sheeeeiiiit.

Just Two Brothas Trying to Make it in Prime

Brotha #1 as the management envoy comes in and is pissed off. He asks Ian if he likes his adopted life on this Earth.

Um, pardon the fuck me, but…what?!?! Turns out Ian was once named Wesley and he ain’t even from Prime yo? Are you telling me fucking jokes? I feel so lied to man. I mean…nobody is honest on this show so I mean, that’s par for the course, but still. That is a fucking bombshell and a half.

Brotha #1 wants WesIan to bring Emily in cuz she done went off the rails and they don’t like this disloyalty program they been fucking with. Trust and believe, I ain’t over this WesIan revelation, but we got like 54 minutes of show left so let me move the hell on.

Someone Help Pete and Pull the Trigger on This Man

Maaaaaan, Ballad of the Fallen Pete looks shooooooooook. My dude is listening to his greatest hits album when his secretary comes in to brief him. BFP heads down to see Lambert in the holding accounting cell and fam. BFP ain’t ready. Of course Lambert II knows all about BFP and Snake Ass Clare and now he just selling his silence. Also, beautiful monologue about how him and his other got along (unlike most doubles) and how the other had a soft spot for SAC. But like…nobody else in the office gonna have that so BFP needs to hit that number.

Naya comes down and interrupts, just for Lambert II to give almost the same spiel verbatim, except to sell information of Indigo. My dude really hit them with the price is right quotes too, talkin’ about his loyalty is to the highest bidder. Fair to say, this is Lambert in his final form. I say gotdamn.

Pete is like, yeah, he’s bluffing, but Naya is like…yeah, no, bruh. She like so Emily Amnesia been talkin’ and she said Shadow ain’t who the fuck we thought it was. BFP stalls her out but proposing they use the seized contraband to negotiate with Lambert II, and they can stay off books for fear of leaks. Naya agrees but also, you can tell she don’t really trust shit coming from BFP either.

Mira got a team mobilizing and it sounds like they bout to break someone out of…something. Which is some new shit to her peoples. Emily Prime is still tracking that box and sees that Mira is up to some shit. She hits up WesIan to meet her, but she don’t know that Ian is WesIan now (sorry, its canon, I don’t make the rules) and that dude been compromised.

Up in Echo, Howard watching Arkham Pete watch the same futbol match over and over again. Like he’s done every damn day. My dude is really comparing the matches from both sides on the most obsessive level. And this shit sound like typical Lawnmower man shit, until Arkham Pete breaks down how he had a panic attack at that game, which may have somehow made them lose, as his other didn’t who’s team won big. Basically, it’s a showing of how BFP had a great day where it serves as a day of shame for Arkham Pete. 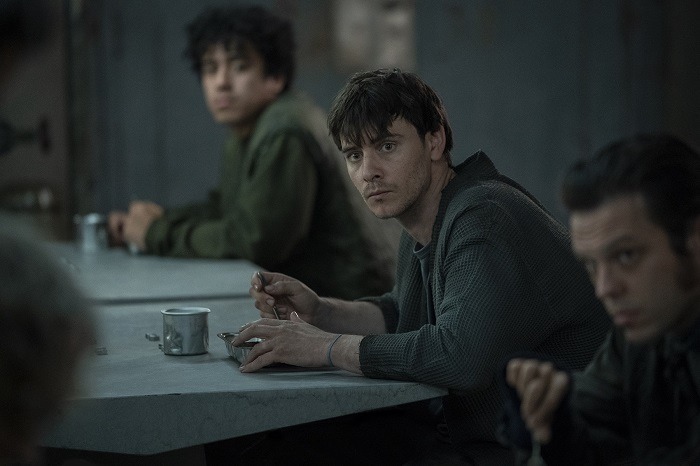 Fuuuuuuuuuuuck. What this show trying to do to us fam. Like…I can’t…I can’t even.

Go (As in Get the Fuck Out) Time

BFP calls in Howard In Black into his office. He tells him to get the confiscated items they need from lock up, but also got a note telling him about Lambert II being in the basement and that my dude might need a gun. Nahmean. HIB is like, gotdamit, I gotta handle every damn thing?

SAC spending time with Not-Mother while a woman greets them. She like, oh, her name is Spencer. I know a Spencer [like your ass knows a Spencer] and slips her a note for a meet.

OG Spencer gives her the rundown that they know Lambert II is custody and that he could topple everything. Which means SAC might have to run (question mark). And that means burning everyone that knows about her (question mark, exclamation point, question mark). She says BFP is still valuable but Spencer says some ominous shit like, Soon it won’t matter anyway. Fuck. The Hell is that shit supposed to mean?!?

Howard in Black. Howard in Dark?

Maaaaaan, listen. BFP in his office sweating that shit out while HIB is on a mission. HIB making small talk with the dude down in the vault while he weight out the diamonds. HIB pockets a piece and some life enders while dude chatting about nothing. 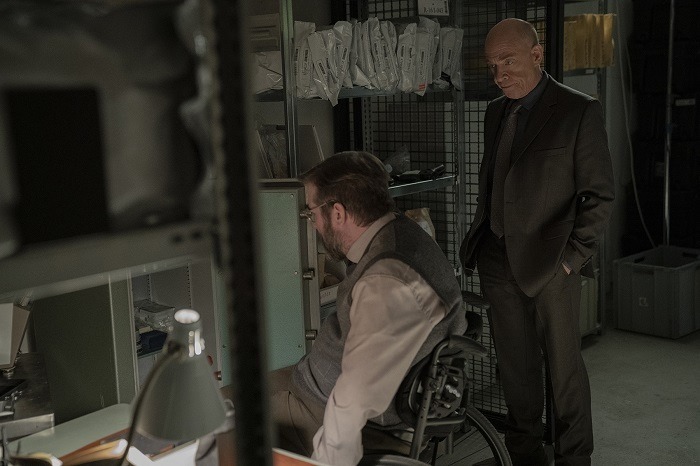 But that shit looks like its about to go belly up cuz Naya wants to go talk to Lambert now. BFP tries to delay her and calls down to get ahold of HIB before they head down there but dude literally says “No one important ever calls down here.”

Bodies Already On The Floor

But… It don’t matter cuz ayebody dead already. Like ayebody. Guards. Lambert II. Ayebody. And I’m like fuck, they did the jump with HIB like that. But nah, it wasn’t him, he seeing the same shit. And of course, everything goes into lockdown. Now, they searching every gotdamn place. Including leadership. BFP sweating his ass off when they went for the safe and he had to open it. But…ole girl doesn’t find anything…I don’t think…we might come back to that. 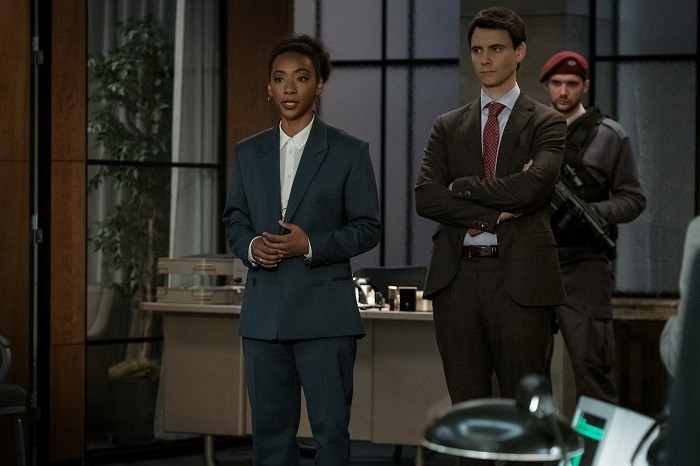 Bigger problem is that dude from lockup shows that a gun is missing, and he still pissed that HIB cut him off telling his long-winded and asinine story.

Dr. Yanek Will See you Now

We back on Prime, Echo to be precise, and Yanek’s office looking like Oracle or some shit. Or the white suit muthafucka from the Matrix. Howard gets escorted in realizes that Yanek is a prisoner in this place too. He’s frustrated with Howard being Non-Compliant. Then he drops that he was the fuckin’ original split. He saying he’s the reason that two worlds exist. I’m like…weird flex but ok.

And in case you had any delusions that Mira was dressed in black to be stealth, let the muthafucka getting brained with a sniper shot to start this shit re-center you. They got a dude working on the inside disabling the cameras and it looks like they bout turn Echo’s pockets.

These Are No The Primes You Are Looking For

But HIB got other problems. He getting called into he principal’s office and you know this shit bad cuz Naya drawing the curtains. Fam. Faaaaam. She’s like, yeah, so I feel like you out of your depth and this ain’t really your speed, but I know you stole and gun and killed a bunch of dudes, so what’s BFP got on you?

While some shady ass dudes still doing some shady ass shit inside Echo, Yanek still telling Howard the origin story. He trying to convince Howard that faced with survival, everybody becomes their darkest self. And yo, if Howard ever actually needs to do that, at least he’s seen the blueprint.

Man, everything bout to go to shit, up in here. HIB tells BFP that Naya thinks he’s behind the whole shit and knows about the gun. BFP confesses that there’s a tape, which is missing that’s got his full confession on it. HIB looking at BFP the way I look at people playing R. Kelly songs in 2019. So fucking disgusted.

See You Around Space Cowboy?

BFP is pleading with HIB about what to do next and HIB gives him one _exit_. He tells him where he planted the gun and tells him its about time he brings this to an end. WELP.

In Echo, Arkham Pete goes to look for his tapes, which inside dude hid. And now we can see why. If you want to start a riot in Echo, then you fuck with the craziest dude in there and let nature run its course. When Arkham Pete freaks out on Carl and Carl knocks his ass into the last fiscal quarter, shit jumps off.

Mira’s team uses shit as a distraction the power gets cut. One gets the feeling that nobody is living through this shit except for whomever Mira came for. They come in and start spraying up the place. With that lead paint, nah mean.

*Sings* I Want That Old Thang Back

Snake Ass Clare at home and who the fuck shows up? OG Spencer?! He tells her that Lambert has been taken care of, so now she’s safe [question mark]. Dude getting real comfortable on some “life that would’ve been” type shit. And SAC feeling that shit too. OG Spencer was bout to leave and SAC was like, nah, I bring that Prime love back fam.

Also, BFP looking a bit clammy. Like shit is the end yo. Meanwhile OG Spencer is up in his house and up in his…well, you know. Safe bet that she wasn’t going to answer that phone call from BFP.

While SAC is letting OG Spencer return to his roots, Ballad of the Fallen Pete is doing the dead man’s walk back to his office…until he sees the security team waiting for him, and then it’s the dead man’s run. Down to the where HIB stashed the gun.

Because BFP literally cannot do anything right, including kill himself, one of the guards gets to him…but then gets killed by his secretary (called it). She destroyed the tape and yes, she’s working for Indigo. And you want to talk about down for the cause. She gives your boy a whole as backstory to get him out of shit before forcing him to shoot her in the fucking head. 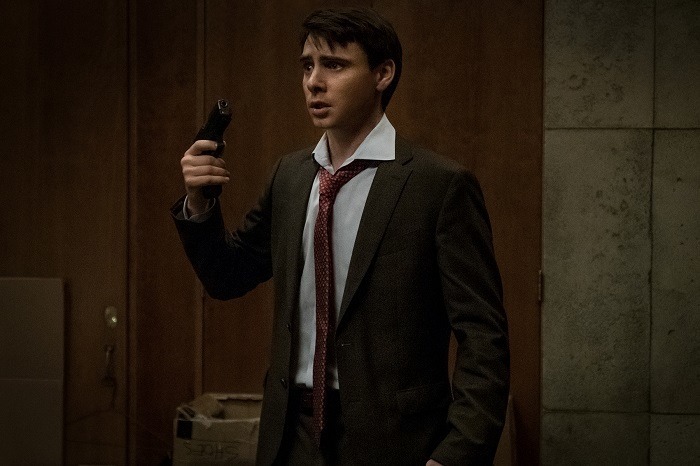 Listen…I love my wife. And my family. And etc. Etc. But…shooting myself in the head for the cause…Yeah…I guess I ain’t the Black Ops type. Jesus. Naya and the other guards get there, but Pete finally picks up the pieces and starts the lie that his secretary was Shadow.

EPMD gets to Echo and can hear the carnage going on. WesIan calls her but she’s like “fam, folks are literally getting murked. I ain’t got time to wait” and hangs up on him. 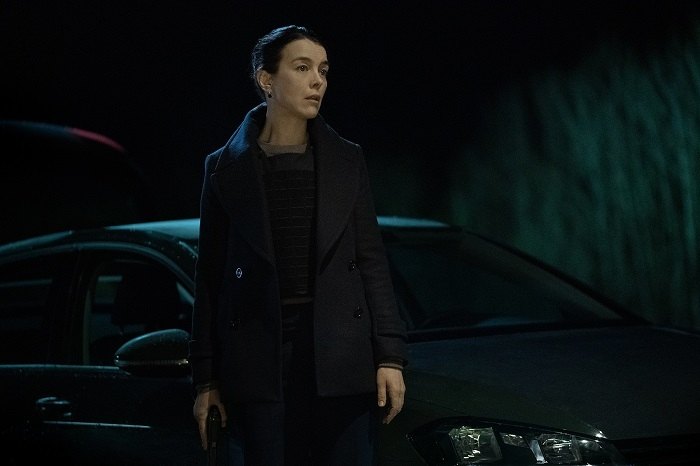 Mira and the squad come in and put a lot of muthafuckas down before the get the deal and lay down. Looks like they were there for Yanek. And he knows Mira. Or rather, knows Mira’s mother. Lawd. Mira and the crew bounce on the elevator before EPMD rushes in and gets a shot at them. Too late though as they gone.

EPMD goes and finds Howard (after he had to kill another dude) and says they gotta get out of there. Mira’s Killas slit her tires before peeling off. Howard is like, what the fuck do we do now huh? Its all fucked up now. 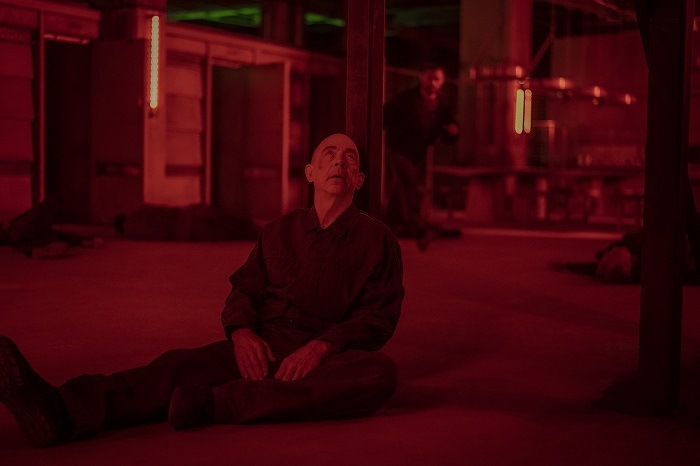 And Yanek…yeah, looks like was more than familiar with Mira’s family. Looks like he is Mira’s family. Echo. OG Spencer the Plumber. Ballad of the Fallen Pete as said as the back half of Bebop’s episodes. Everyone and everything is compromised. Things are as bad as they’ve ever been.