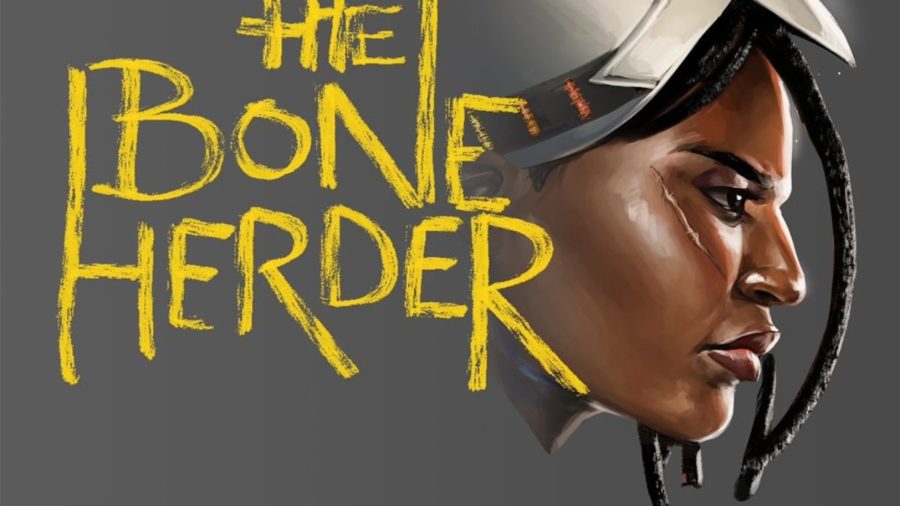 Hi. My name is Oz and I’m addicted to crowdfunded comics. But I promise it’s for a good cause. Stay with me.

The COVID era began just when I’d quit my ten-year run working in a used bookstore. I realize that, as human beings, we’re more than our day jobs, but when you do something for ten years, eventually, it attaches itself to your identity. It’s a part of you that you’d know the way you know where the alarm is on your nightstand without looking in the morning. That’s books, comics and graphic novels for me. I was starting to miss the feeling of discovering comics, something I’d begun to take for granted after a decade. Sure, as a critic, I receive review copies of comics all the time, but it’s not the same.

The Magic of Discovery

Part of the magic of comics is the feeling of browsing, thumbing through bins and stumbling onto something new, cool or obscure. And for someone who isn’t leaving the house any time soon, algorithms and advertisers take a little of the fun out of this on the digital frontier. But I’m a consumer, so there’s still a void to be filled. On top of this, the pandemic brought the comic industry to a large halt for those first couple of months. There weren’t a lot of mainstream comics coming out as the business as a whole was trying to acclimate to this “new normal.”

Then, I happened across a retweet from an artist that had just launched a Kickstarter for The Bone Herder, an Afropunk fantasy comic about a young Chosen One girl who breaks tradition by denying her legacy. And it’s written by Zaire Lanier, a Black woman. These bullet points on their own were more than enough to sell me on this being a worthwhile story to invest in. Then, as I delved further down the rabbit hole, I saw more indie comics not just being developed by unknowns getting their feet wet, but by longtime creators I was all too familiar with… like Scott Snyder and Saladin Ahmed. Before I knew it, my email was littered with updates from tons of campaigns. Now, six months into quarantine life, browsing through Kickstarter, Patreon and Indiegogo has become as much a part of my weekly routines as reading the news and skin care. Honestly, I submit that it should become a part of any comic enthusiast’s regular rotation.

I’m sure you’ve either heard or experienced stories about Kickstarter campaigns that never delivered in their rewards (or took vastly longer than promised). The now infamous Universal FanCon, though not a comic, is probably one of the most notorious Kickstarter projects that never stuck the landing and disappointed a lot of people that believed in what it wanted to achieve. So, there’s an understandable stigma around what some could say is essentially donating money to a start-up and hoping for the best. However, as crowdfunded comic creators have focused on implementing affordable tiers to cast a wide net for potential audiences, it’s become common to include a “digital only” option that offers PDFs. That way, you’re not waiting nearly as long for rewards as you would for a comic to go to print and then ship in a timely fashion (which is often way longer than creators usually plan for).

But why is this truly important (aside from creators deserving to eat off of their craft)? We’re living in awkward times financially, and creatives of all kinds are looking for different ways to monetize their skills to make things work until we know what the economic landscape is going to look like post-pandemic. Unemployment is higher than it’s been in decades. Companies are downsizing all the time and the comics industry is no exception. DC Comics just went through a massive series of layoffs on many levels of its infrastructure. And while DC isn’t the only comics publisher out there, with the economy in a freefall, it’s hard to rule out the notion that it’ll be the last to experience cutbacks. This would mean even more limited opportunities for new blood (especially Black people) to break into the business, bottlenecking creativity and innovation.

Crowdfunded comics in the time of COVID are more important than ever in this regard, serving as an opportunity to keep talented storytellers afloat and divest from mainstream corporate comics. Not that there’s anything wrong with enjoying Marvel or DC, but part of the diversity deficit in the industry is easily attributed to the fact that there are only so many big publishers out there taking up all the oxygen in the room. There are so many stories now about start-ups for apps and production companies and record labels that started out of someone’s garage. Imagine Black-owned comics becoming part of the mainstream conversation through crowdfunding, the satisfaction of seeing something organically diverse evolve from scratch.

At the end of the day, nobody really knows what their respective industries are going to look like once the dust settles from this turbulent year; that includes comics. Crowdfunding in the digital era is already an exciting time for creators and readers alike, but now, it’s potentially an important part of preserving creativity during the pandemic and beyond.