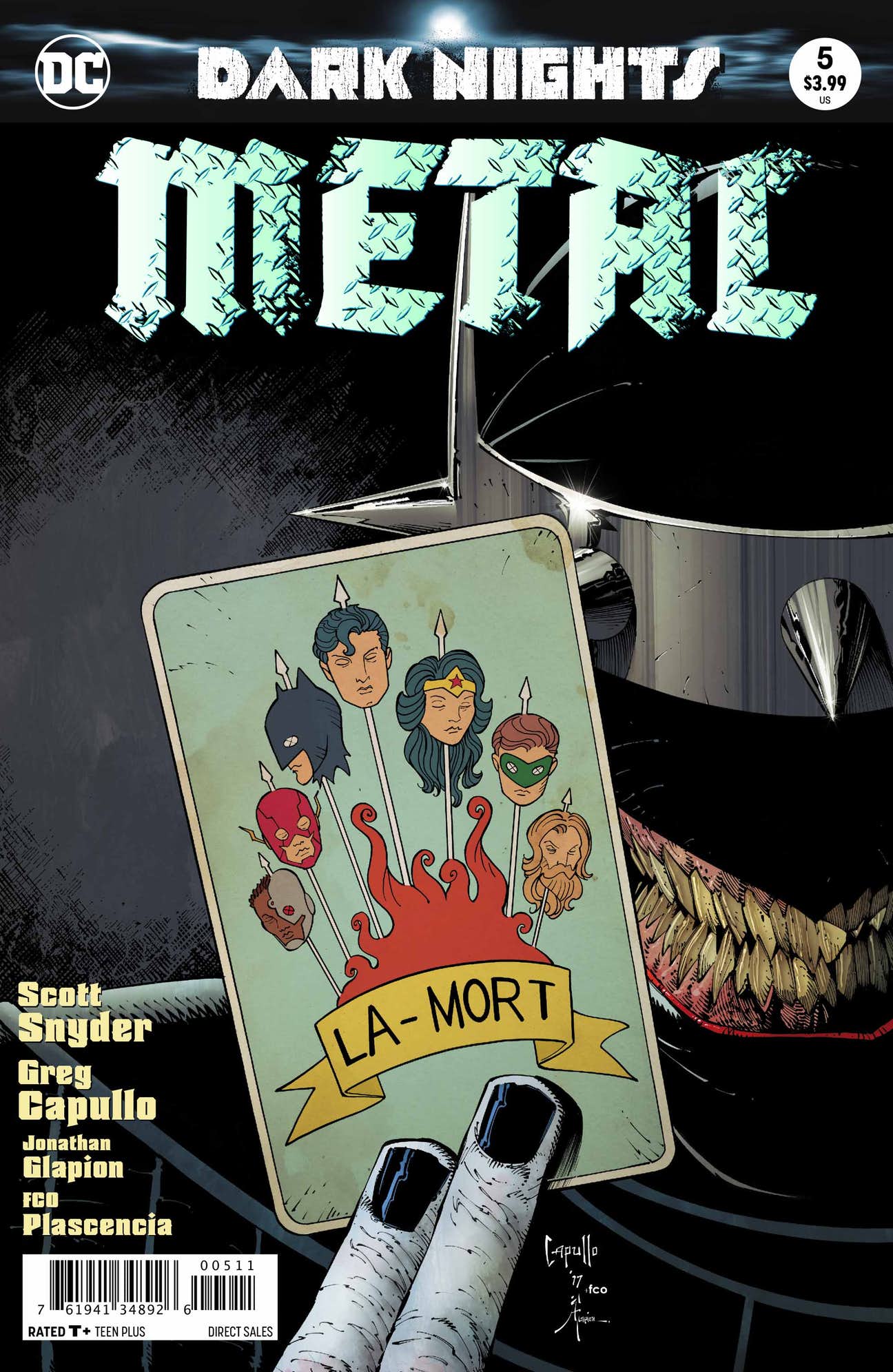 Issue #5 of Dark Nights: Metal gives us the penultimate issue in a series that’s honestly outperformed everyone’s expectations, including those of us who already had high hopes for it. Issue #4 saw multiple teams of the remaining characters trapped in the grips of conflict in different corners of the multiverse. Issue #5 places them all in positions to face those terrors and take on the next challenge that awaits them.

As we’ve seen throughout this series, Capullo has mastered the challenge of bringing our nightmares to life on the page. The giant, somewhat-demonic Hawkman who was the last sight of issue #4 is put into action and becomes a true terror.The action scenes look incredible and are worthy of being put on a wall somewhere.

When we look at how issue #5 advances the story, it does exactly what a second-to-last issue of a major arc should do. It pits the good guys against the bad guys in a position where the odds are heavily stacked against them. This way, when they inevitably win, it’s that much more impressive because we’re stuck trying to figure out how in the hell did they do that? 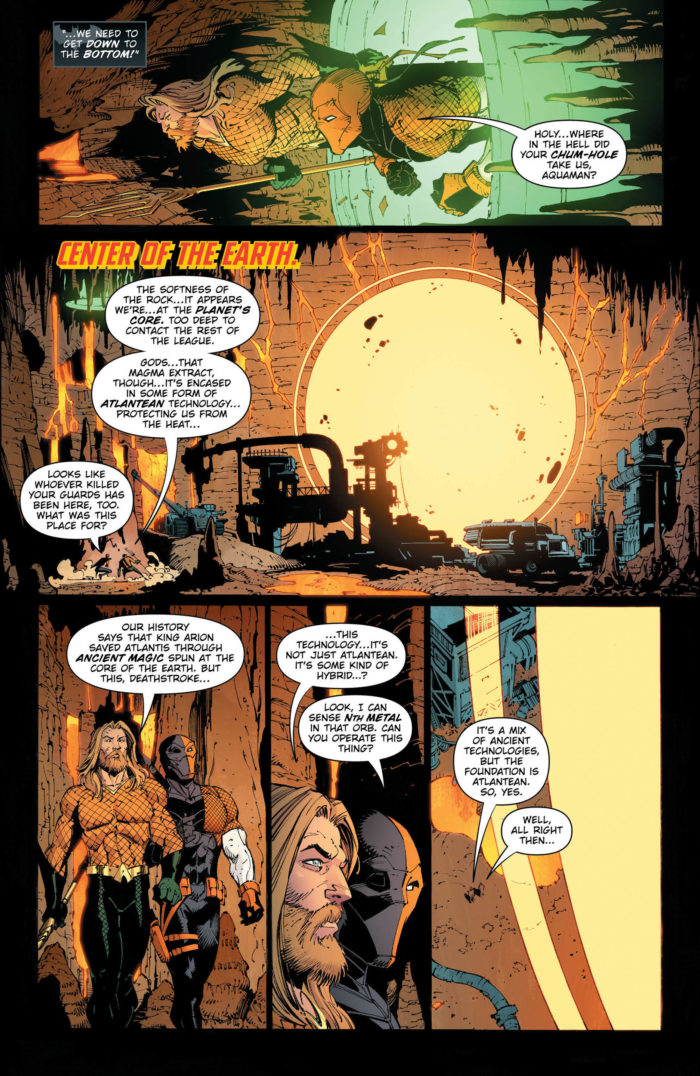 The different thing about Dark Nights: Metal #5 is that we genuinely have no idea how they’re going to figure this one out. After fighting so hard to just get to this point, the heroes find out they’ve pretty much been working against themselves the entire time. If I didn’t know any better after reading our interview with Scott Snyder himself, I’d be convinced that this series won’t have a happy ending at all.

Overall, Dark Nights: Metal #5 is a strong issue that presents the ultimate conflict that will surely be the focus of a grand finale with long-lasting consequences.

9.3 out of 10
Reading Dark Nights: Metal? Find BNP’s other reviews of the series here.