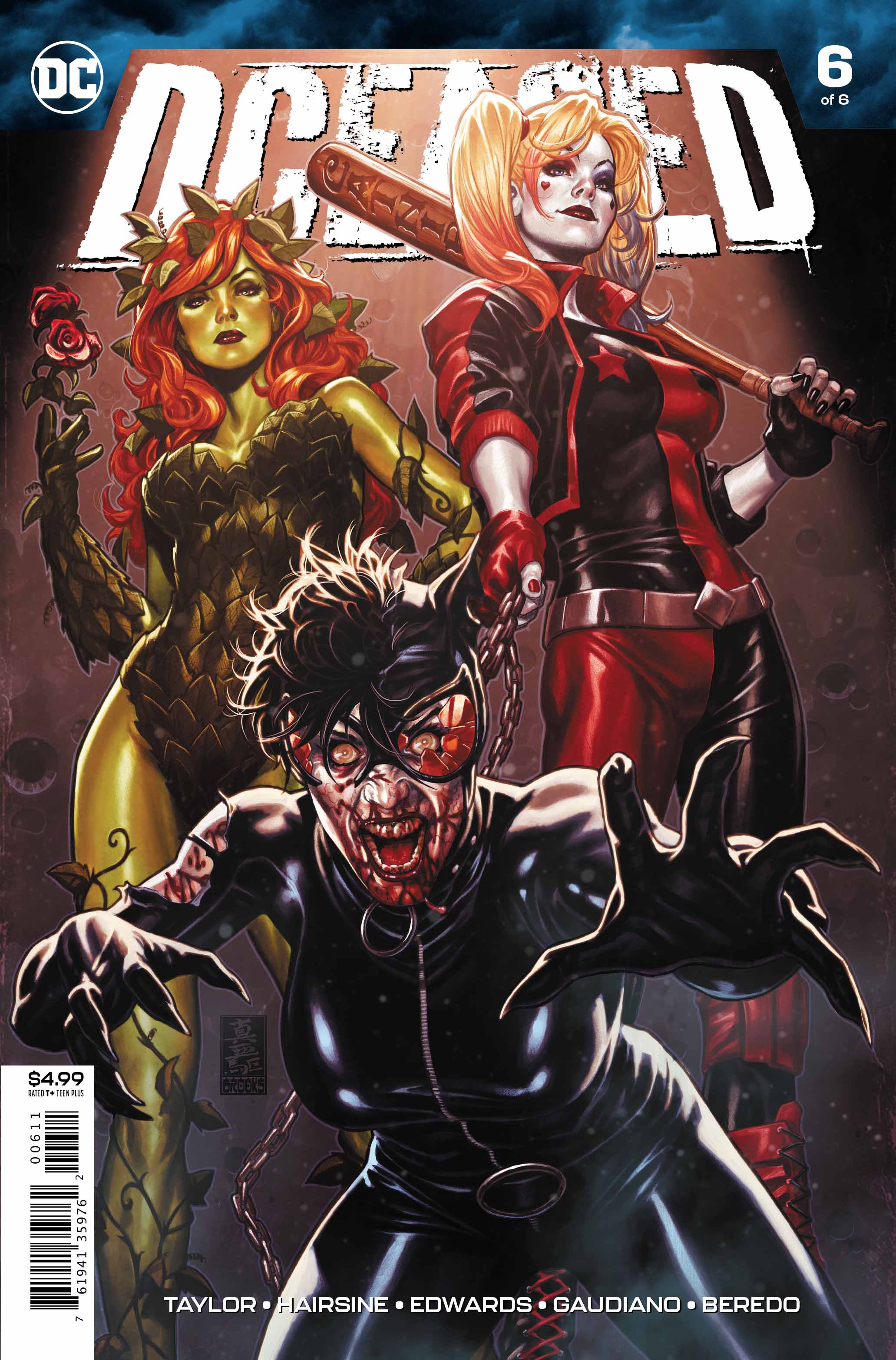 DCeased started with Superman breaking the jaw of a God. It’s only appropriate that DCeased ends with Superman breaking everything. After the events of DCeased #5, the greatest threat to humanity is its former beacon of hope and symbol, and the sheer, destructive power of the Man of Steel is enough to get the survivors to fold.

Taylor’s writing is just this perfect meld of bleak cynicism in the face of an overwhelming evil and a persistent optimism that continues to struggle in light of the insurmountable. Lois Lane’s narration of the final chapter is emotional, poignant, and resonant. The final monologues and actions of the cast reflects the greatest qualities of the DC universe and their paragon, verging on godly, nature. Taylor has an eerie knack of revealing what characters are like under pressure, showing brutality at its extremes, and ensuring the reader turns the page with a bated breath. A lot of the shock value of the series was spent on earlier issues, and the conclusion feels a little uneven, but DCeased #6 is expertly crafted to its final page and gives one of the most climactic moments to a hero near and dear to my heart which just clinches it for me. 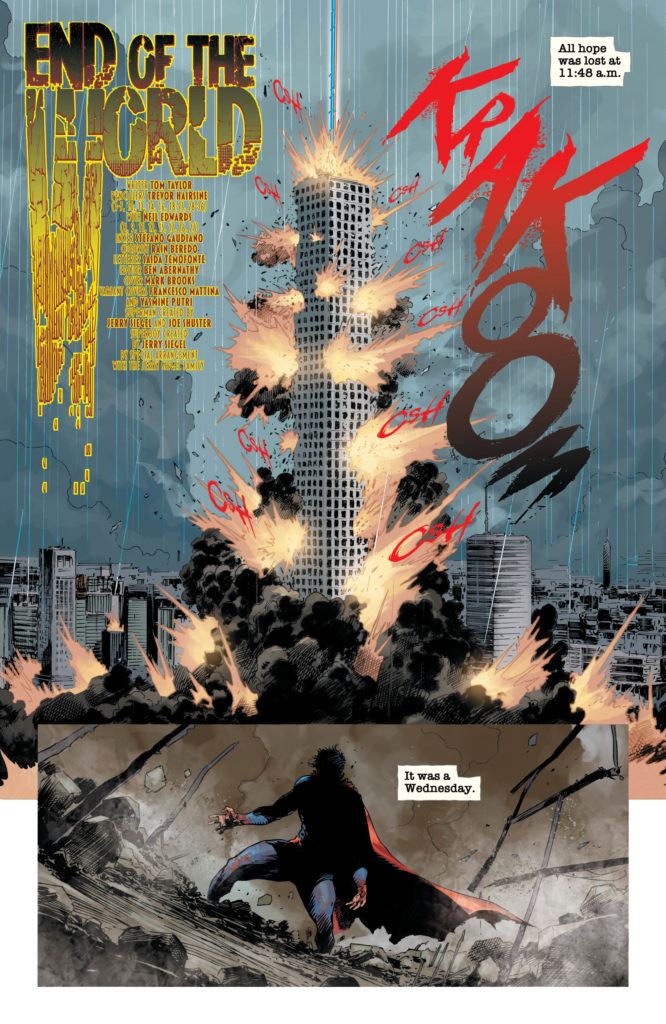 You couple the tragically beautiful writing of Taylor with the talents of Hairsine, Edwards, and Guadiano, and you got yourself a gorgeous, if exceedingly bleak, comic. The subdued tones of the techno-infected world juxtaposed with all of the bright colors of the DC heroes works on several fronts, and the panels are just pure eye candy. The destruction of Earth looks so incredibly good. All of the pain that the cast has endured and the price they paid for their salvation is laid right out to bear. These are visually tantalizing threads that do homage to all of the great apocalyptic stories.

All in all, the conclusion to DCeased is fitting. The joint efforts of Taylor, Hairsine, Edwards, and Guadiano produced a riveting conclusion to the “not-a-zombie” epic, although it didn’t quite reach the same emotional highs of the preceding issues, and the comedy doesn’t connect in the same way. However, it’s still provided a satisfying capstone to the series, while leaving enough doors open for more exploration if Taylor decides to mess with our hearts again. I’m almost certain he will.