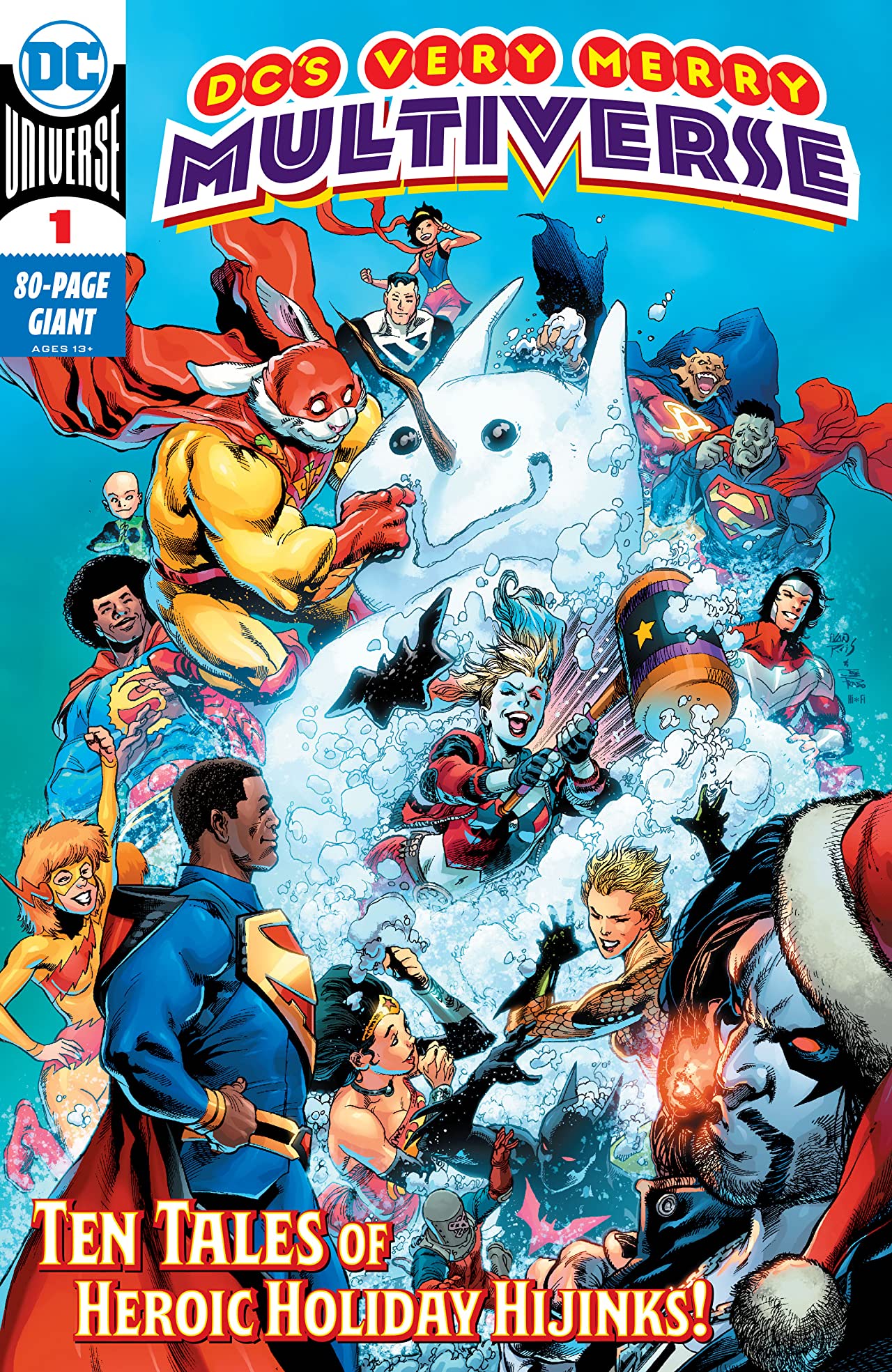 DC’s Very Merry Multiverse is the latest season-themed anthology from the publisher, and it promises stories filled with our favorite characters as they navigate the holiday season in super-powered fashion.

These anthologies have been a bright spot this year for me. They don’t require any added knowledge to enjoy, and there’s truly something for everyone. But overall, what I really like about them is that it allows me to perform some sort of escapism. Yes, consuming stories is always an escape, but when a book is specifically about a holiday season that I can’t fully enjoy because of the global pandemic that we still find ourselves in, it has an extra special feel to it.

And the size of each story is a plus as well.

It’s get in, get out, in the truest fashion. And because the book is a whopping 80 pages, there are so many talented names, known and unknown, putting their own spin of the holiday spirit on these beloved characters.

There were three stories that stuck out to me and will probably stick with me for the foreseeable future.

The first is actually the first short in the book, and it’s centered around Harley Quinn. “It’s a Horrible Life” is written by Paul Scheer and Nick Giovanni. And it’s illustrated and colored by Steve Lieber and Marissa Louise. The story is a twist on the famous Christmas story It’s a Wonderful Life, but instead of a guardian angel showing Harley what she’d be like if she wasn’t around, another type of angel in training takes her across the multiverse to show her that she’s the best version of Harley that there is. It’s sweet, funny, and of course a little violent. It’s a strong start to the book and one that will make you want to keep reading.

The second story that I really enjoyed was called “Bizarro Love Holiday” and it’s written by David F. Walker, with art from Gustavo Duarte. It takes place on Earth 23, where we learn about a Christmas adjacent holiday called the Celebration of Rapport. The holiday is not faith-based, making it all-inclusive. And it’s celebrated by everyone on Earth. Superman facilitates the celebration. It’s a nice view of what something like that would look like in practice. The one problem though is that Bizarro loves (meaning hates) this holiday. And it’s because he’s never gotten a gift in his entire life. The rest of the story follows Bizarro wreaking havoc because he doesn’t get the attention that he wants or needs until finally, someone shows him the holiday spirit that he’s been seeking. This story had a wholesome storybook vibe that puts the reader in the right frame of mind when the story is setting itself up.

Booster Gold has a story centered around him and I’d be doing a disservice to myself if I didn’t mention it. Taking place on Earth 22, Brittany Holzherr and Todd Nauk’s “‘Twas the Night” follows a middle-aged, retired Booster Gold who now runs a superhero-themed diner. It’s Christmas Eve and there’s a call out, so he suits up to help serve his hungry customers, though his signature Booster Gold charm is not meshing well with anyone. Everything is more or less normal until Maxwell Lord attacks the restaurant and threatens to destroy it. A fight ensues, and Booster’s wait staff join in to help turn the tide. Lord is stopped and everyone erupts in thunderous applause. Turns out this was the thing that everyone needed to bond.

Season themed anthologies are where it’s at. DC has produced a few this year, but Very Merry Multiverse is without a doubt my favorite. Make some hot chocolate, sit back, and enjoy your favorite characters celebrating the holidays that you can’t this year.

10 Superhero Themed Diner’s out of 10