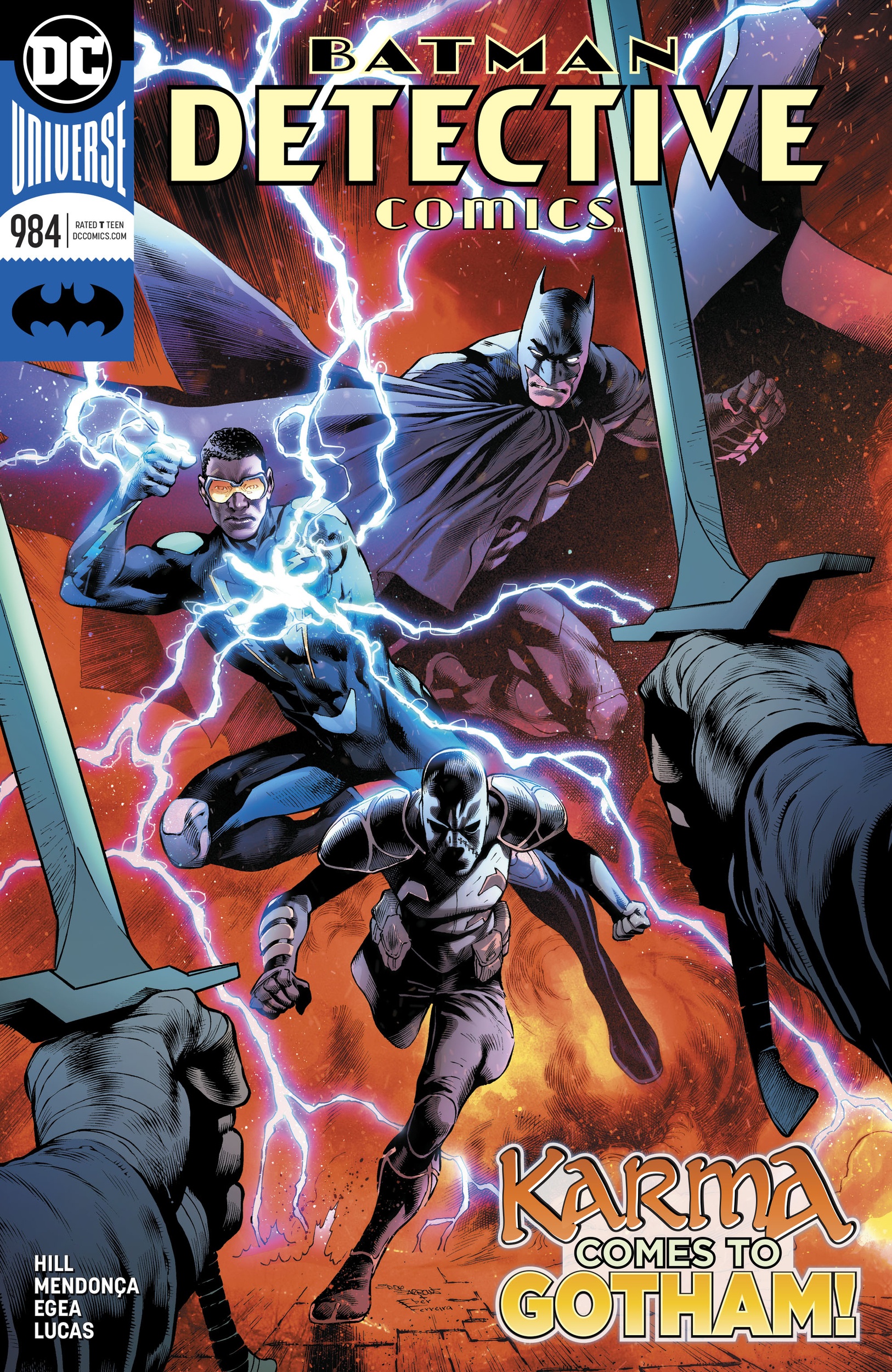 The Hill Administration had decreed that this particular arc of Detective Comics is gonna go at a breakneck pace, and we are hitting the ground running. All of the kinetic energy from #983 has carried over, and we are greeted to some brief exposition before we get to Cassandra Cain doing what she does best: being a certified badass.

While the verdict on Karma will be out until the conclusion of the run, the premise of the issues leaves a lot of interesting prospects on the table. Jefferson Pierce being brought in to help teach the latest generation of Batfamily members is already paying off in exciting ways and offering emotional stakes that differ from the usual mentor/mentee relationship. Batman finds him unable to teach his protégés, and this weight is magnified by Karma going around Gotham shouting “You’re making him weaker.” Black Lightning has been transplanted to an entirely different city and isn’t entirely sure what he’s getting into. And that’s fun. That’s meaningful. That’s familiar. Hill keeps reiterating this touchstone and does so with a sense of flare and a fiery backdrop. 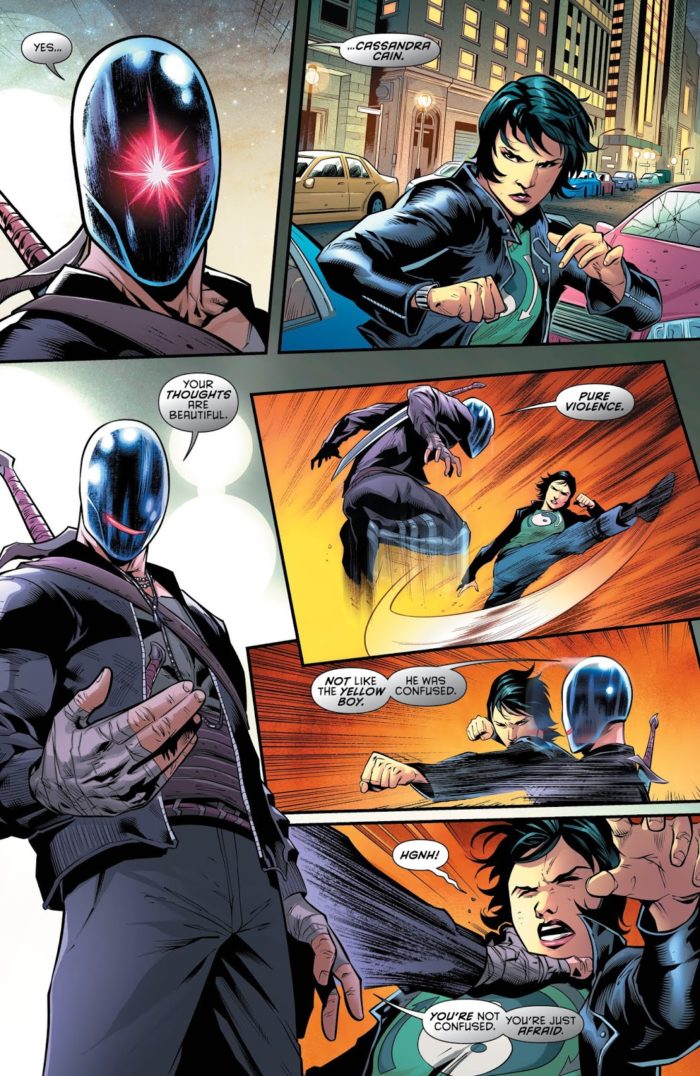 Mendonça’s artwork features some of the best high-octane action sequences of the year, and there is an exhilarating weight to the motion of each panel. Cassandra Cain is drawn in top form. Batman and Black Lightning look incredible. It stands in a very direct contrast to the Batman main title. There is a vibrancy here that just whets the appetite.

Conversing the momentum of such an ambitious arc is difficult, but the creative team is more than up to the challenge. The narrative is engaging, the artwork is breathtaking, and the promises it makes are just tantalizing. You’re gonna want in on this.