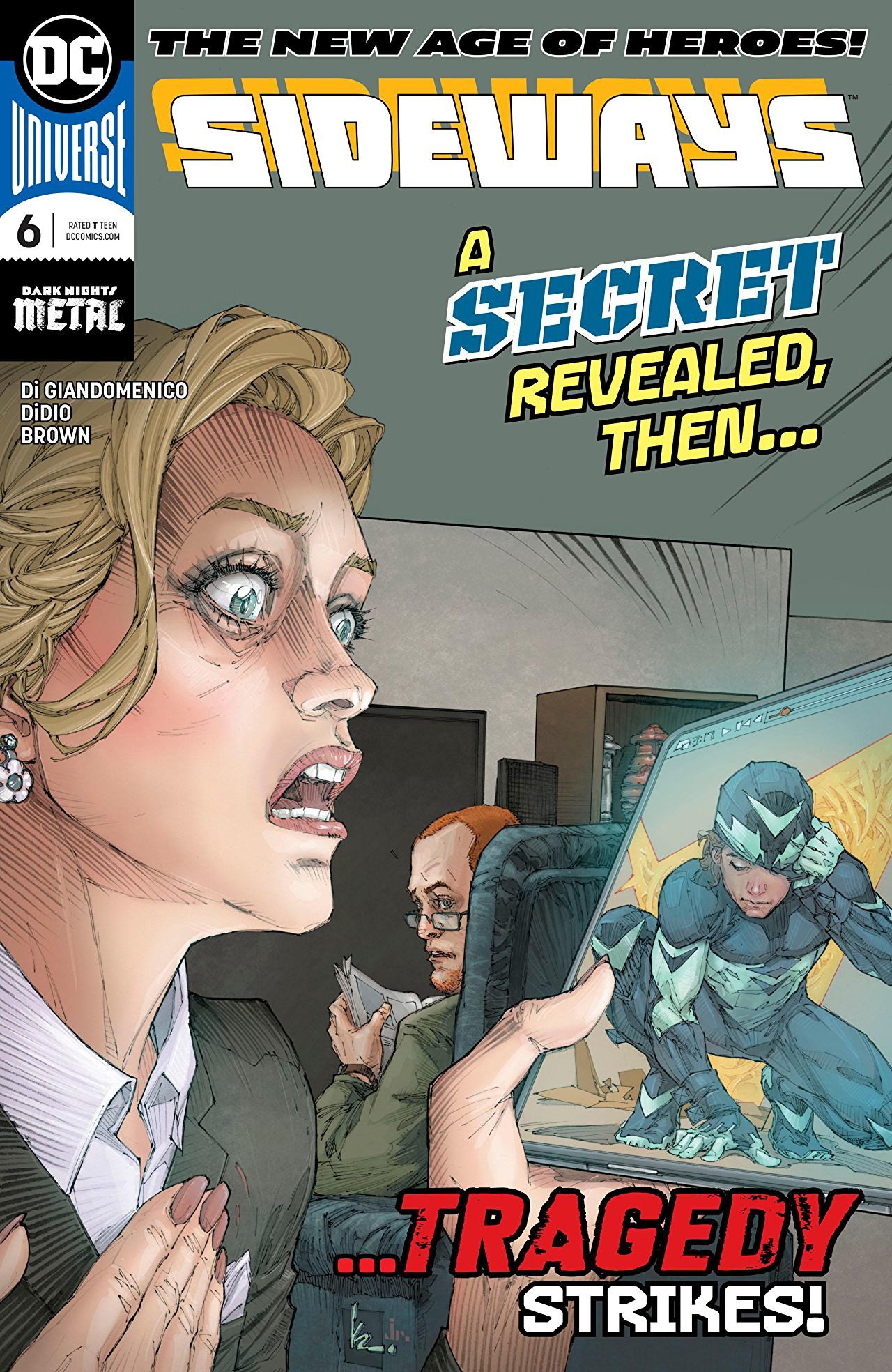 This issue starts off pretty weird, especially considering that during our last visit into the life of Sideways saw Derek resolve his misgivings about being a hero. Instead, it feels like Derek’s small arc of self-discovery never happened and we are back to square one. It’s a little weird and frustrating to see Dido roll back the character to his somewhat depressed state when you devoted a whole issue to get him out of that funk. 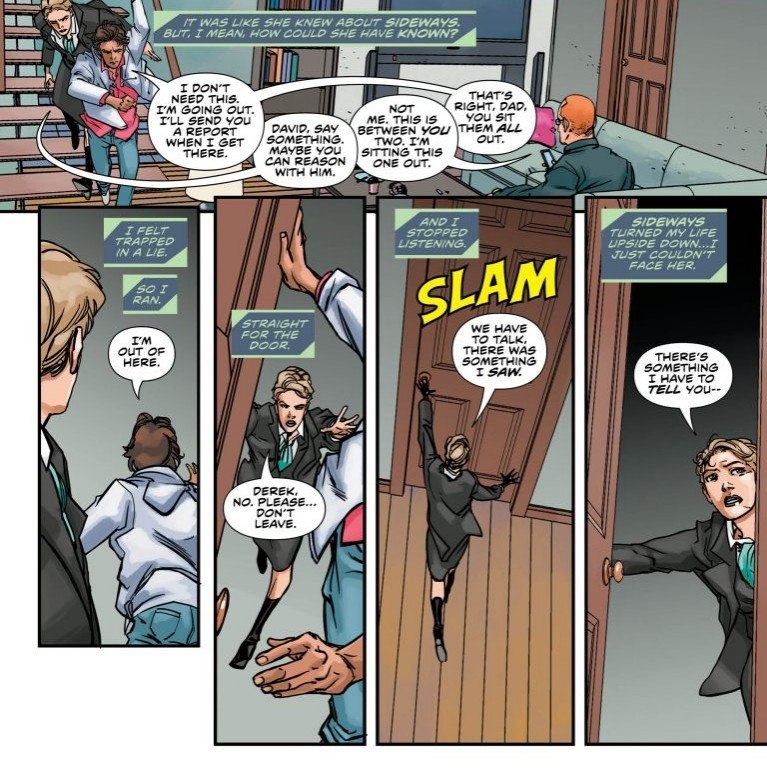 From the start, the writing is on the wall that something terrible was going to happen. While Dereck tries to work out his issues, his mother begins to unravel. It’s understandable when she has just discovered that her son has superpowers and the company she works for is keeping tabs on his every move. And with Derek pushing her further and further away in an attempt to escape his issues, she goes digging back to the source for more answers.

I’ll be honest, I don’t like where this issue ends. It was something that I was hoping that the book avoided doing because its a tired and used trope. While it may have worked in the classic stories of old, it feels like a cheap narrative device to motivate the character. I can’t say that I didn’t see it coming but I just wished that Dido and company would have done something different with Derek’s mother and her story. 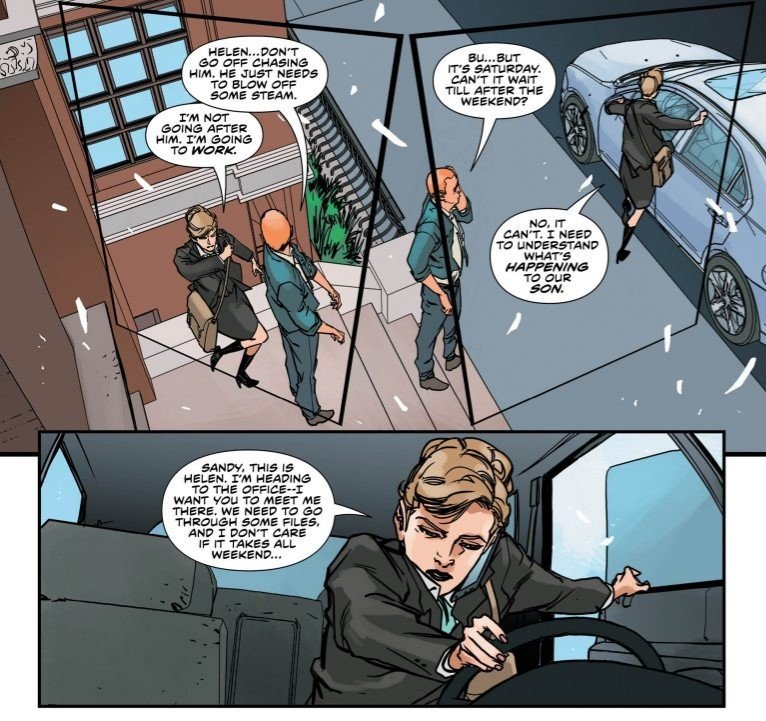 Aside from that, we get to see Derek looking for a shoulder to lean on without the help of his usual partner in crime Ernie, which is a shame for all of us. However, this does lead Derek to the unlikeliest of allies – Tempus. We get a pretty cool team up, continue to see Derek’s powers grow and watch him actually connect with his interdimensional mentor of sorts. With artist Carmine di Giandomenico on duty this week, he does a great job with the action and showing just how powerful Derek’s abilities can be. A special shoutout also goes to colorist Dan Brown for making everything look so vibrant an otherworldly.

I still feel like Sideways is a fun new character to have in the DC universe. He’s different from a lot of the other caped heroes and big shots in the way that he’s just a kid doing the hero thing on his own. That’s why I’m a bit disappointed in where the issue ends. For a hero that is different, his story deserves moments that are less disappointing.