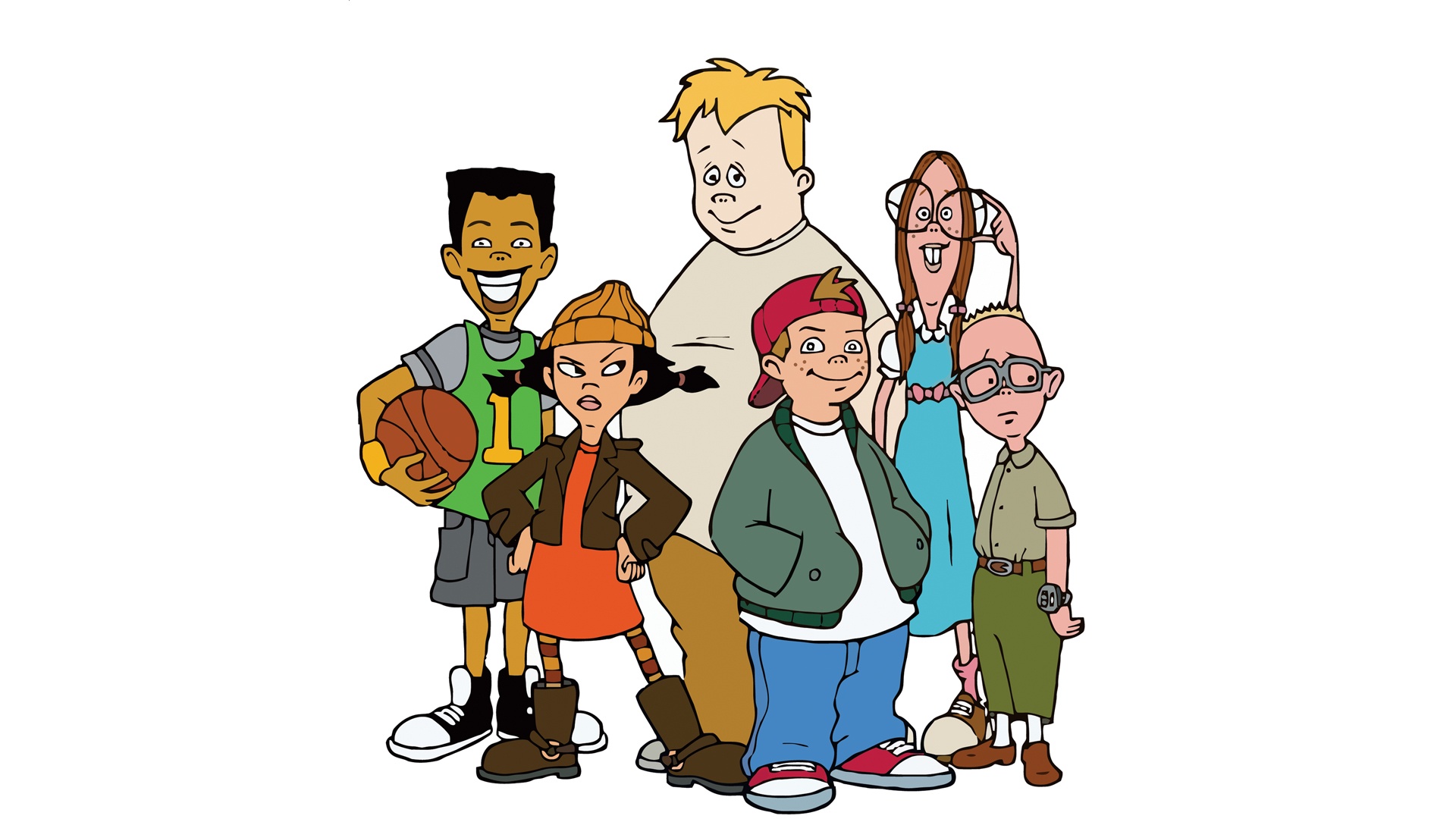 I remember this old saying, “everything I need to know I learned in kindergarten.” You might remember it on posters inside your classroom or from your teacher friend touting validation in their job – and it was always funny to me. The underlying message is simple, that the most important things you learn in life – kindness, sharing, right and wrong – are the most basic values we learn at an early age. It’s funny because, to me, the values that really stuck during grade school were actually mastered outside the classroom. The best things I learned? Well, they all came between the hour of 12 and 1. And no cartoon captured that magic of social philosophy quite like Disney’s Recess.

We’ve seen it before, right? A rag-tag group of kids getting into trouble and working their way out – it seems just familiar enough to be both comfortable and completely unremarkable. Yet Recess was anything but common, and is, to the day, Disney’s most well rounded social commentary that hid life lessons in a seemingly small cartoon. Recess was a Trojan horse of teaching children about life, and it worked in a way that resonates decades after the show ended. And it started with the best clique ever assembled.

TJ Detweiler, Vince LaSalle, Ashley Spinelli, Gretchen Grundler, Mikey Blumberg, and the new kid, Gus Griswald, were actually the most basic of casts at first blush. Gretchen was the tall, skinny genius who was the smarts of the squad. Spinelli was the tomboy spitfire who stood up to anybody. Mikey was the gentle giant, Vince was the jock. TJ was the leader, and Gus was the new character through whom we could all learn about this entire world and all its rules. [quote_right]Without Vince LaSalle, TJ Detweiler is just Dennis the Menace [/quote_right]None of these are hardly original, yet Recess did creatively what most TV shows and movies – kid or adult – struggle to get right: present a wide range of characters and place focus on their depth, clichés be damned. And by focusing on their character development and audience’s attachment to them as individuals, they trusted their audience to look past the surface to recognize their distinctness – and we did.

Recess got it right by going further than obvious diversity to the actual crux of positive representation – having fully realized characters. Recess wasn’t about pushing diversity; Recess was just diverse. And to those who instinctively thumb their nose at Vince LaSalle being the token Black athlete, you miss the point and underestimate his depth. At face value, sure, Vince LaSalle is an athlete, but he was also kind, calm, and had integrity that grounded the group as good kids wanting to do right and unknowingly learning about life. Without Vince LaSalle, TJ Detweiler is just Dennis the Menace. I say to you the same thing I think to myself when every stranger in a foreign country stereotypes me by asking if I play basketball and listen to rap: yes, I do, and there’s absolutely nothing wrong with that.

The group sat in classrooms waiting for the hour defined their joy on Earth, that hour where everything that matters matters and life could be lived to its fullest extent. They lived for the playground, and on Recess, it was a character itself as important as all the rest combined. 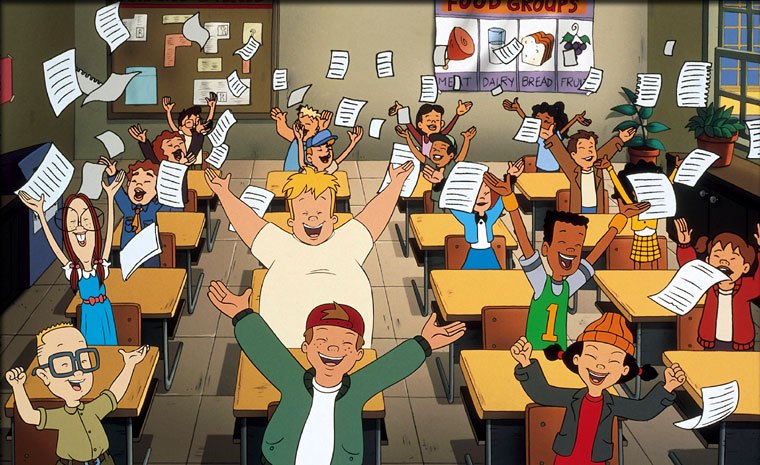 Perhaps the most underrated aspect of the whole series was the world it built. When we think of world building our minds likely float to fantasy or science fiction, or a dystopic future, some corrupted version of what we might find familiar, yet Recess was a world built no less than Hogwarts or Westeros. It had rules to be followed, standards to remain consistent, a whole fictional culture through which we suspended our belief, accepted the laws of the playground, and watched our characters as they navigated them.

My favorite example comes from when the badass of the squad, known to us all only by her last name ‘Spinelli,” has her first name frighteningly revealed to be Ashley. Ashley Spinelli. Any Recess fan knows the conflict here – Spinelli, tomboy, first pick in Battle Tag and protector against bullies, is named among the gossipy mean girls, the Kardashians of the playground, the Ashley’s, and has to join them by law. For non-fans, that’s like finding out you were accidentally registered in the wrong political party and your state has closed primaries. It was a real conflict, and terrifying. 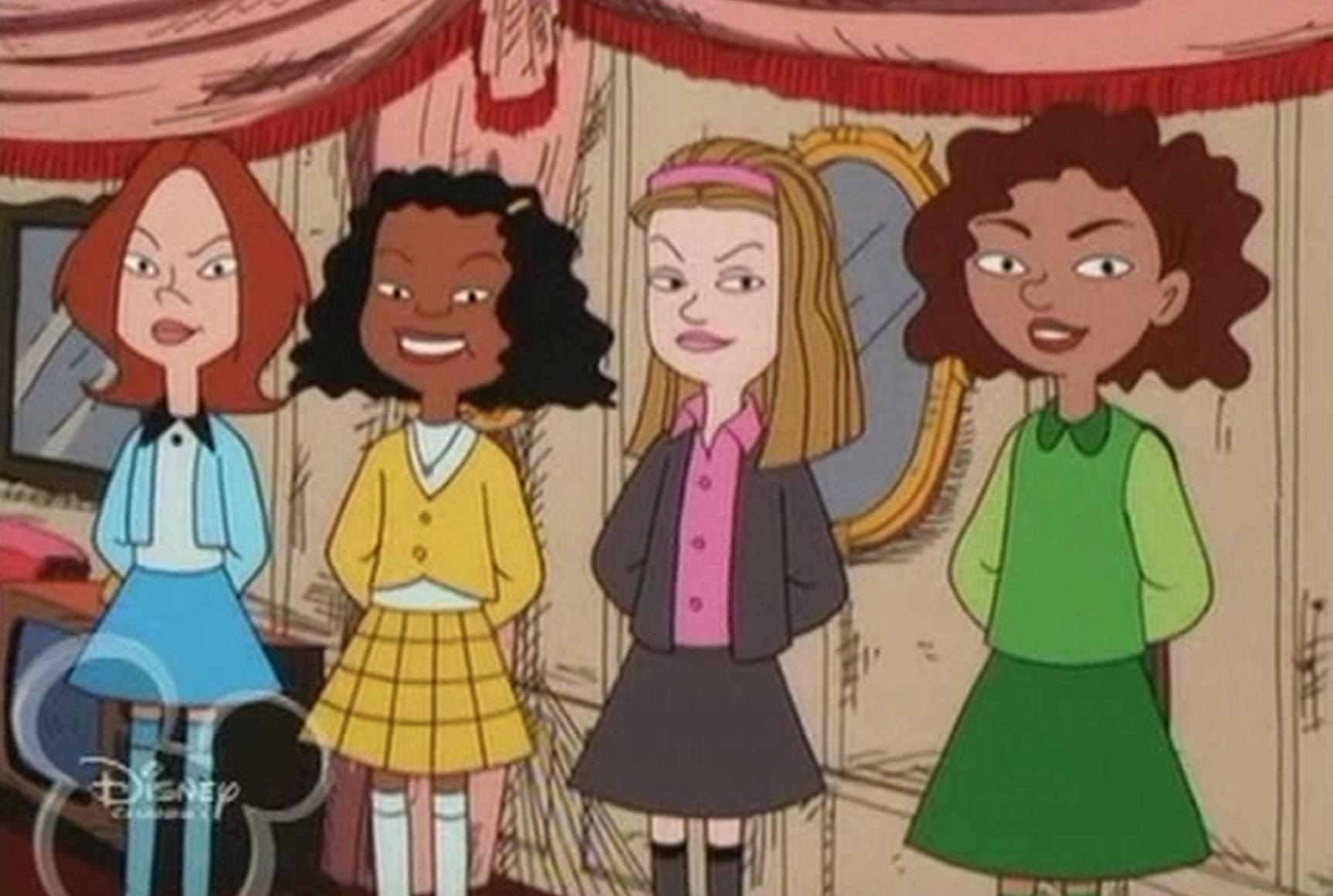 From the importance of Battle Tag, to the rules of becoming an Ashley, to Gus being called “the new kid” until a new “new kid” would arrive, the playground was modestly the most important element to the entire show. Its surface-level simplicity made it inconspicuous and underappreciated, and “recess” sounds relatable enough hide the disbelief that subtly sat under our nose, but the playground was a whole world. To minimize Recess for its realism and relatability is to miss the point similar to those who minimize animation itself is a simplistic medium for kids. There’s utility in its simplicity. It hides in plain sight.

The whole playground lived by a social hierarchy, and most just wanted to get by and have fun. They had hilariously on-the-nose names and creatively niche interests – Hustler kid, Swinger Girl, the Diggers – they were middle class. Kindergartners were savages, 6th graders were dominant, and reining over all was a literal king. King Bob held an unearned authority held in place through status quo, subservience of willfully ignorant peers, and the apathy of the playground at large. King Bob was an allegory to white supremacy. Tell me he’s not, I dare you.

There was the oppression, Ms. Finster, a familiar figure among anyone who ever resisted teacher’s-pet status and acquiescing to complete subservience. And then there was the one who did just that, Randall Weems, the class snitch, and words can hardly describe the collective distain against what this kid represents. Randall is the traitor who sided with your oppressors. Randall is the house slave whose comfort was paid against your survival. Randall is your Black friend who says “All Lives Matter.” The only thing you wanted more than to save Randall Weems is to punch Randall Weems square in his face. You found yourself bargaining with no one in particular, “if I could hit him, just one time.” 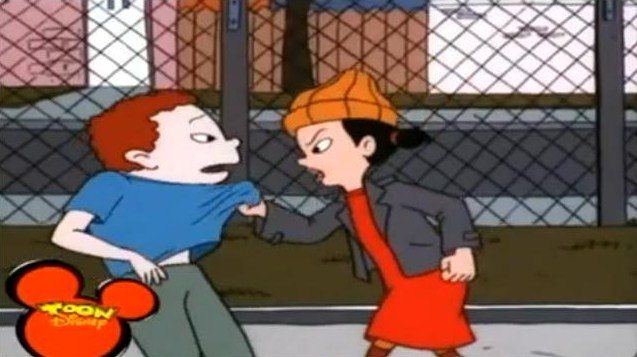 And away from recess, in the front of the classroom, was Ms. Grotke – your favorite teacher’s favorite teacher. A Black woman full of optimism for her students, Ms. Grotke’s joy was contagious, even if not understood. I got in trouble; I’m under siege by 6th graders; Ms. Finster took away my recess… how is Ms. Grotke still smiling? Her happiness befuddled the classroom just as much as we viewers as we rode her off as oddly eccentric, a quirky woman to find weird if not funny, a minor plot device in a much larger world. Of course, we eventually learned we were wrong – Ms. Grotke is a character you understand when you’re older. She’s a psychological sleeper agent who awakes when it’s time. When was it that you realized Ms. Grotke wasn’t weird… but that she was actually a level-99 social justice warrior?

She assigned her classroom to analyze how a male-written Constitution helped shape our gender-discriminate society. She discussed Beowulf as a metaphor for man’s cruelty towards endangered species. Ms. Grotke dropped bars that would get her fired in at least 23 conservative states:

“And so the noble Native Americans shared their bountiful food supplies with the undeserving European savages.”

Happy, hippie, hopelessly optimistic, Ms. Grotke was the teacher each of us deserved at least once in our lives, and if we didn’t have her in real life we shared her onscreen. She believed in us with the faith of a first-year teacher, before the years and the bureaucracy of public education wore them down. She was the teacher who believed in you – really believed in you – with a sincerity that can’t be faked to children keenly aware of placating adult bullshit. She defended you, was patient with you, never stopped smiling at you, because she believed in you. Do you remember how powerful that was to you as a kid? How rare? 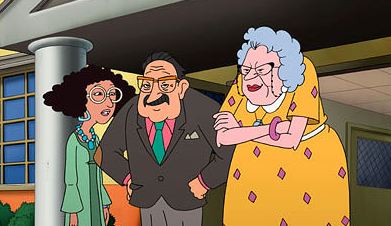 Recess tackled anything and everything, from challenging social hierarchy to debating whether profanity should even exist. Recess was all encompassing. Recess was about life. Recess took our entire world in all its social complexities, and revealed it as not very complex at all. The most important questions – right and wrong, just and unjust, empathy and hatred – are as simple as the playground.

It’s a message so compellingly simple that I still embrace it as an adult. To this day, it’s one of my most practical tools of thinking through social problems – both personal and larger scale – are simplifying the players, circumstances, and motives to their analogs on the playground. Are they 6th graders, trying to maintain their dominance for ongoing control? Are they Randall, happily used as a pawn to curry another person’s favor? Are they kindergarteners? Do they just want to watch the world burn?

Are our lives much different now than they appear on Recess’ playground? Whether you’re a dancer, accountant, or construction worker, you still live your life looking forward to that hour that defines your joy on Earth, be it a recital, vacation, or binging Netflix after a long day’s work in the comfort of sweatpants. We’re still learning, still navigating the social hierarchies, still dodging our Finsters and admiring our Grotkes. It’s not a means to an end – it’s life. It’s finding fun in the whole incredible journey, playing Battle Tag alongside people who matter to you most, making everything life-or-death serious when, objectively, few things are very serious at all.