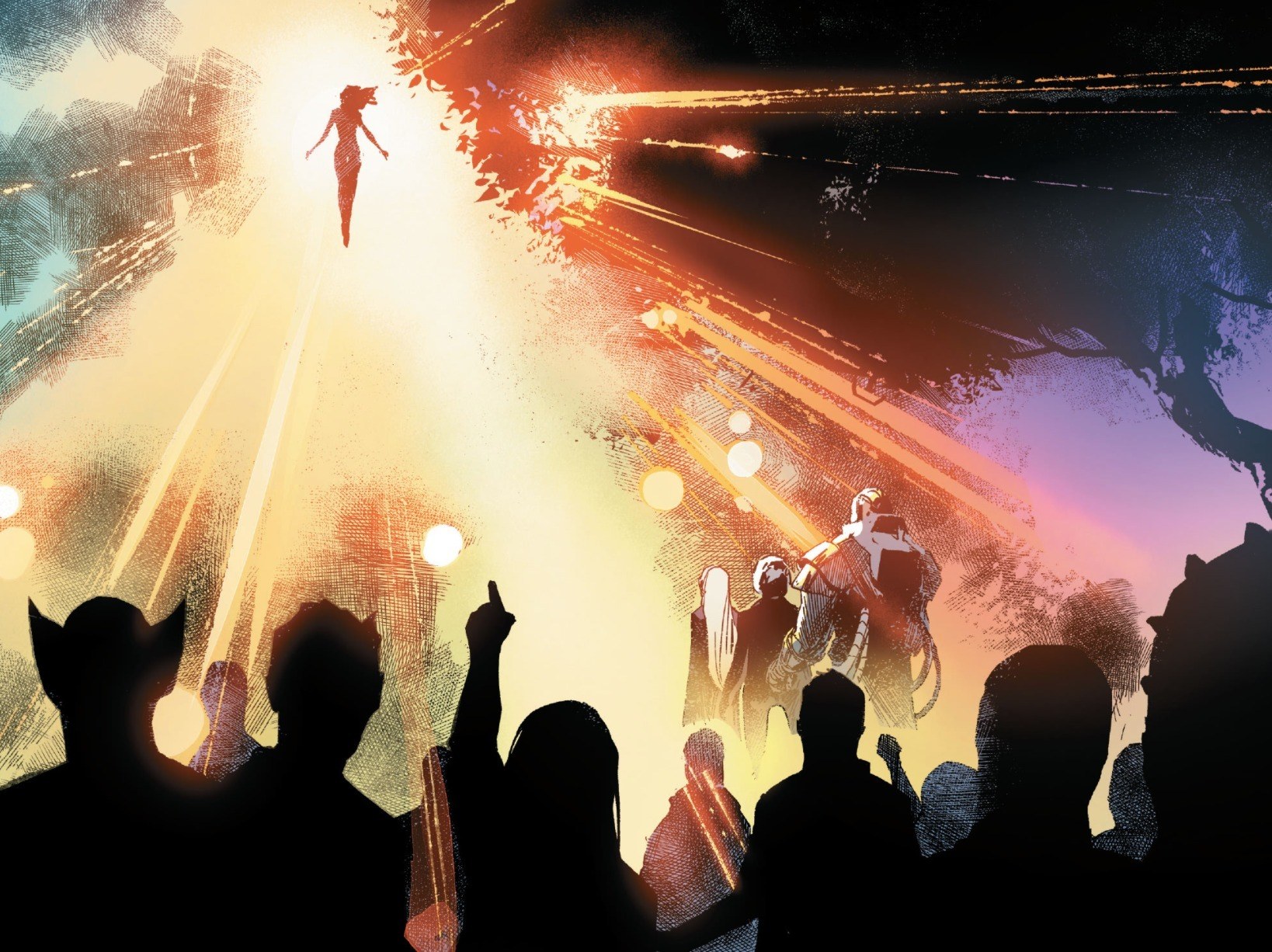 The past month or two hasn’t seen Marvel putting a whole lot of new comics out. For many of us at the virtual offices of BNP, this is particularly troubling because we’re not getting any new offerings from Jonathan Hickman’s X-Men arc. You see, those of us in the comic department are a little smitten with this bold new direction Charles Xavier and his flock are headed in. With so many new storylines opening up for so many characters, it feels cruel to be left hanging like this even though it’s ultimately nobody’s fault (nobody expected that one day, the whole world would be on time out).

For example, something really interesting happened a few issues ago that’s still developing…I hope. X-Men #7 partially followed Cyclops and Nightcrawler and they waxed poetic, pondering the virtue and morality of Crucible, a new Krakoan ritual to determine a mutant’s worthiness. 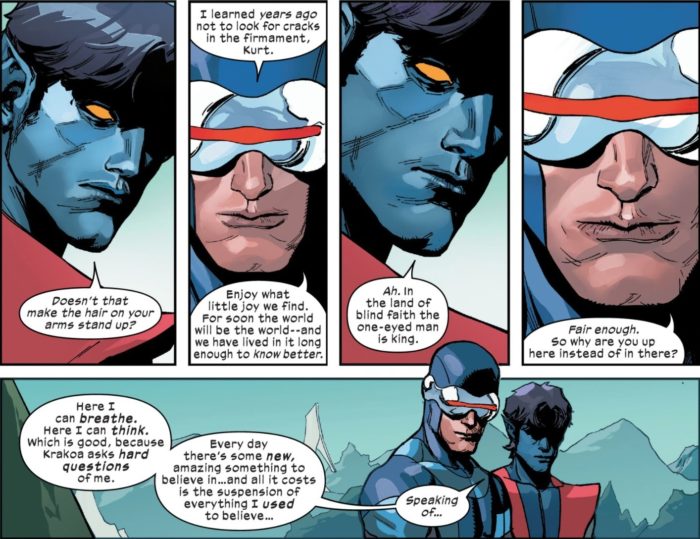 For those of you that aren’t up on current events, the mutant nation of Krakoa has conquered death by discovering a way to resurrect dead mutants through five select mutants combining their powers. This is a landmark advancement for a species that has experienced serious losses over the years when you consider Genosha was made a disaster zone by a villain’s attack that took millions of lives. Most famously, there are the countless mutants who found themselves suddenly depowered because of the Scarlet Witch. 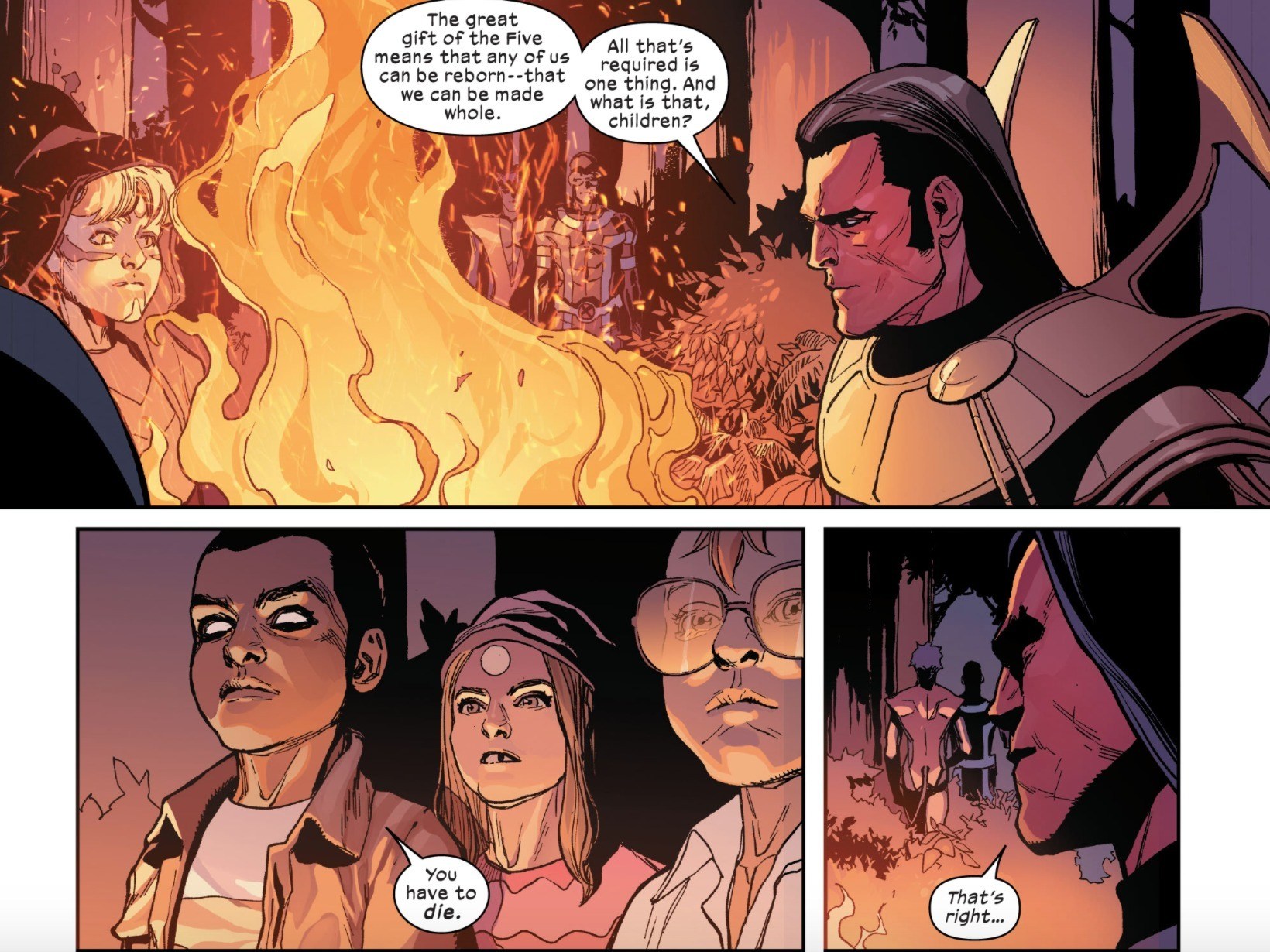 So, clearly, our heroes have their work cut out for them rebuilding and strengthening what was once a diaspora. And the demand for resurrection is in no short supply. Citizens of Krakoa are leaving mutant wills for how they want to be resurrected. To earn the right to have her powers restored, Melody Guthrie aka Aero, must do battle with none other than Apocalypse. Scott and Kurt talk about the potential problems that come with this practice (aside from the part where they’re literally letting Apocalypse beat people to death) and it culminates in Kurt deciding that it’s time for mutants to have their own religion.

Even the suggestion is sort of a landmark moment that deserves a little bit of unpacking when we talk about the legacy of the mutant community. First off, from a reader’s perspective, this is potentially interesting fare because over the years, the various mutant factions in X-Men lore have often been defined by ideology. Xavier has always been the beacon of peace and unity. Magneto has always been the embodiment of superiority and strength. Apocalypse represents some twisted form of Darwinism while other characters embrace different worldviews, usually as a form of survival and navigating the humans. Jonathan Hickman likes to play with big sci-fi/fantasy ideas, the likes of which are usually seen in sprawling “door stop” novels from time honored names like Terry Pratchett. What bigger playground could such a writer ask for than to build a nation’s faith from the ground up? 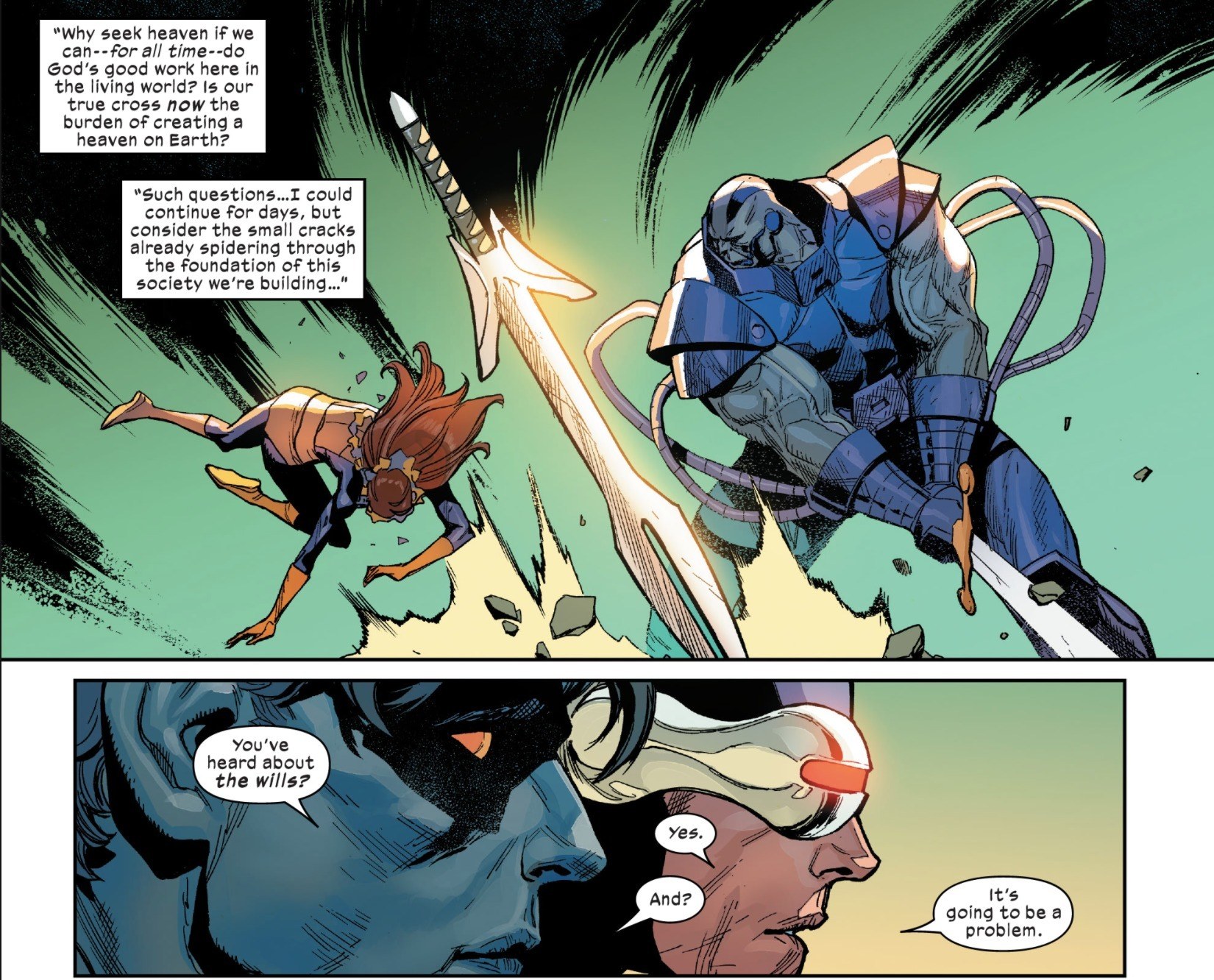 From the characters’ perspective, now that they have a “safe” space in Krakoa where they don’t have to define themselves in their relationship to the human world, this is the first time they’re allowed to explore faith as a community. It’s one thing to believe in a cause or an end, but at its core, religion is a set of morals and values that transcends the hard logic of an ideology as often as it informs it. If Hickman delivers on this plot point (I’d be willing to bet he will), this opens up the door for a lot of interesting questions. 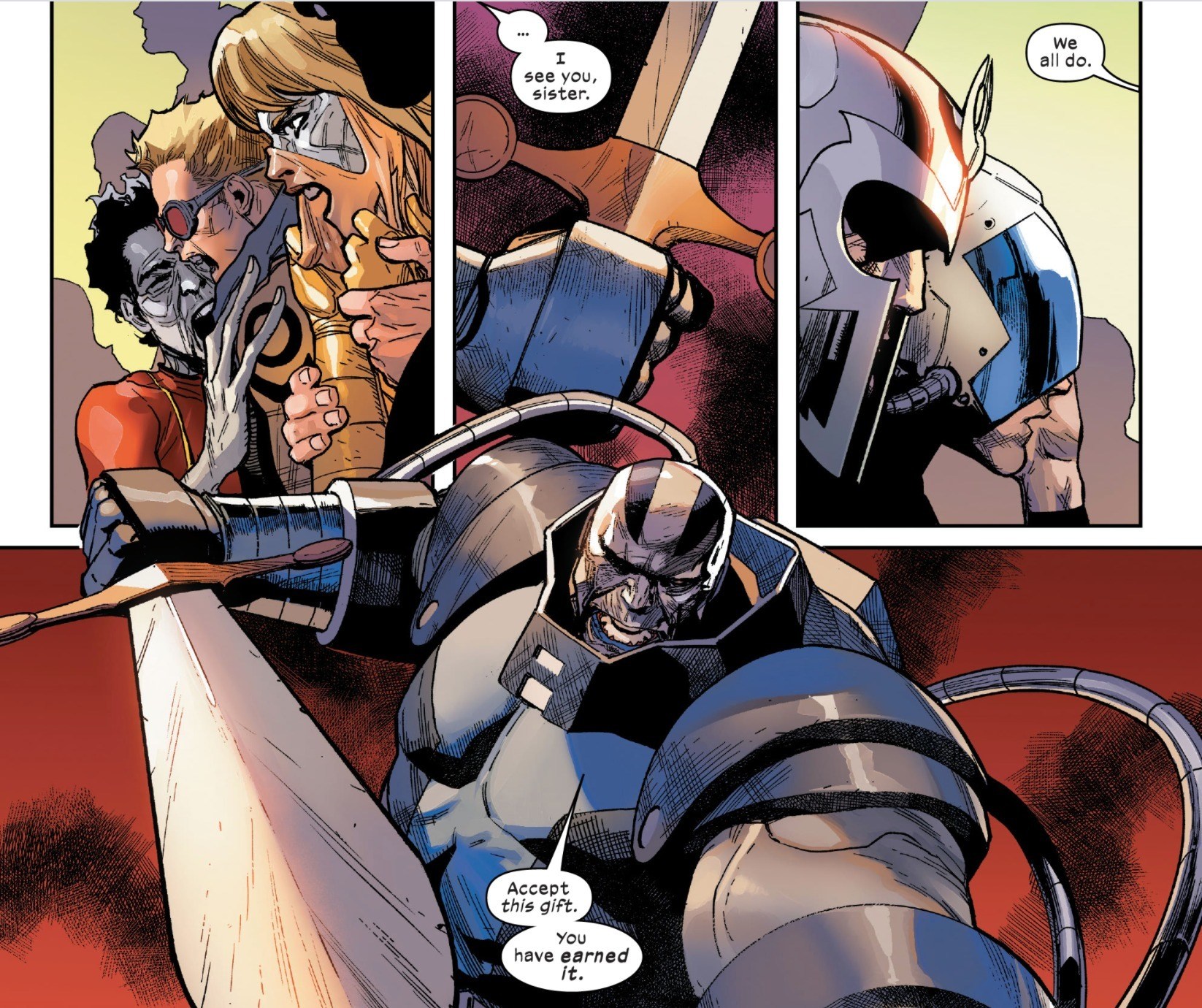 Who will subscribe to this religion? What ideological divides will this cause between those who follow it and those who don’t? What happens when/if Xavier or Magneto gives orders or assign a mission within direct conflict with the overall moral code of said religion? What does this mean for Mystique’s ulterior motives? For Moira’s? What does faith mean for a people that don’t have to live with the fear of death?

All of these are questions we hope get answered or at least explored sooner or later. But when you have a writer whose work usually delivers on its big promises, it’s not really a matter of hope, so much as a matter of time.