Dota: Dragon’s Blood follows Davion, a Dragon Knight who has pledged his life to protecting humankind by killing dragons when they pose a threat. His journey leads him to witnessing the rise of Terrorblade as well as “becoming one” with an ancient and powerful Elder Eldwyrm named Slyrak.

Dota: Dragon’s Blood is based on the video games series of the same name. The company, Valve, is known for their published works of Left 4 Dead, Team Fortress, and Half-Life. The freshman season is 8 episodes long, with each episode lasting about 23 minutes.

Overall, it is a good show to have on in the background if you have other things you want to work on, but it’s also pretty entertaining. My favorite character is probably Davion. He’s hot and funny. The noble dragon knight who fucks his way across the land has the makings of legendary ballads made in his honor. I dislike the romance he has with Mirana mostly because of the lack of chemistry but also the generic selfless princess trope sucks. It’s just so boring. Leia set the standard and very few can compete.

MARCI!!!!!! She’s a badass. And funny. And a good friend! I love how the trope of small but deadly plays out in this series; she packs a mean punch. There’s a scene in one of the earlier episodes of the season where she beats the SHIT out of some traffickers in a dungeon. Just brutal. The coldness in her moves???? John Wick would step the fuck aside. I hope we get to see her character develop more in the next season as more than a bodyguard and soundboard for Mirana.

I almost stopped the first episode. The lore dialogue is painful to sit through. It sets up the origins of Dota’s universe, starting with their universe’s primordial stew to modern times. Also: Terrorblade??? Seriously???? What??? Was “Big Bad” taken, or even “Super Duper Evil Man?” That was just awful.

I’m not super impressed with the character design. I mean, Davion looks good and the animation is pretty when it comes to the environmental design, but I was bored with the overall “looks” for Mirana, Marci, and Fymryn. Luna, the cutthroat hellraiser of war, has a much cooler look than more than half of the main cast. That needs to be fixed because you CANNOT have your main folks looking like NPCs. That’s embarrassing.

Squeezing in Too Much

They tried to fit too many storylines into one short season. Dealing with a psychopathic goddess and a primordial hell beast in 8 episodes created too much chaos, in a convoluted, confusing way. I don’t feel any kind of fear from Terrorblade. The main threat of season one is Selemene. She is the controlling, manipulative goddess of the people residing in the Nightsilver Woods. I want to add here, that the humans of the Nightsilver Woods are colonizers. They forcibly invaded these lands and took them from the Elves. Their culture is intolerant and rigid.

In Dota, Selemene is one of the goddesses of the moon. She often communes with her worshippers and directs them in “sacred” missions. She’s also a huge asshole. Like, I’m talking GINORMOUS. I have no idea what background the writers can cook up for her to explain the mega-narcissism, the mental gymnastics to dodge accountability, and the utter grotesque actions she chooses, including to let her DAUGHTER die. It was way too much for me to even begin to analyze. She’s the perfect main big evil for the first season, mostly because she’s easy to hate. I do want to warn viewers that there are undertones that she utilizes her position as a deity to engage in sexual acts with her worshippers, which is mega messed up. Please watch with caution.

If you’re a fan of Castlevania, you will enjoy Dota: Dragon’s Blood. It’s a quick watch with some fun characters. Like I said, the romance parts of the first season were uninteresting and Terrorblade left much to be desired in terms of being the main big evil, but all in all, it was a good time. Hopefully, we’ll see more dragons in the next season as well as an updated wardrobe for the main characters. I do caution folks that the subtle sexual manipulation done by Selemene was jarring, so please keep that in mind. 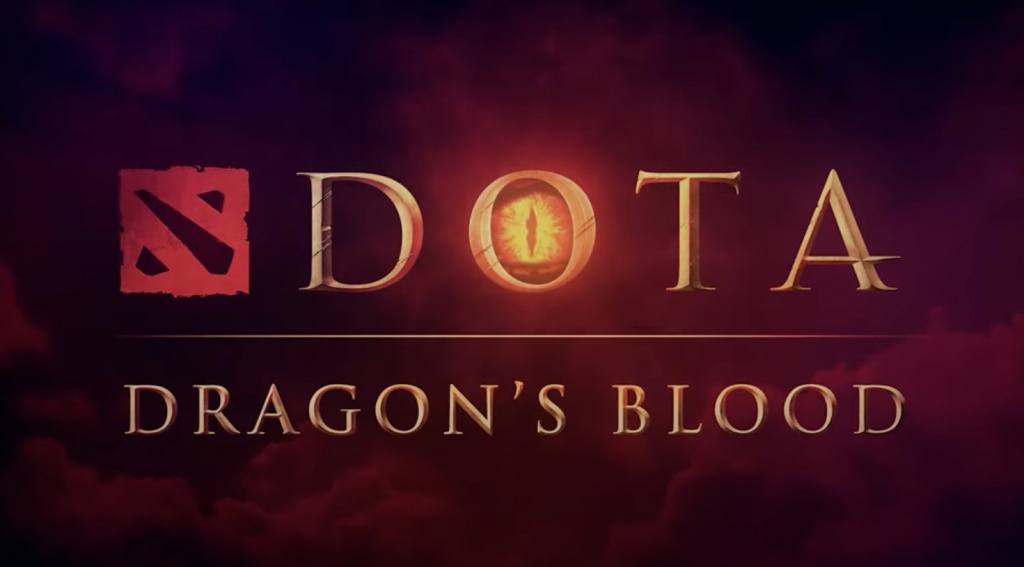