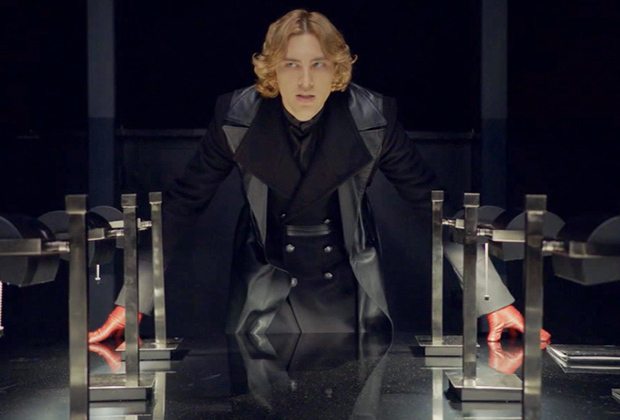 Honestly, after the last episode I’m not too excited about this penultimate episode of the season. We got more backstory of Michael’s rise, but nothing really pushed the story forward. It was just a bunch of connecting points to the original theme of the season, Apocalypse, which at this point has been lost and become Coven 2. The only other thing is we saw how robo-Miriam was made, but anyway…

We are back in the lab of Jeff and Mutt about a week after Michael has left, and Jeff is giving a speech about how Michael basically ain’t shit and it’s an embarrassment. So, he and Mutt must do something to help push the moment of the great apocalypse forward…and now! Oh, and Ms. Venable is fed up with them and quits.

Why it Gotta be the Black Witch??? 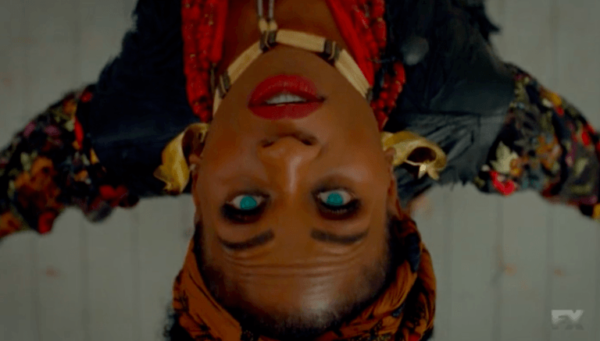 At the witches’ mansion, they believe they are safe and are preparing protections spells to keep Michael away. Cordelia has even cast a spell over the house to keep everyone and everything out, or so she thought. Dinah-Oprah appears on the mansion porch and preforms some high-level voodoo magic that breaks all of Cordelia’s magical walls. This allows Michael and robo-Miriam to enter the house and kill all the witches, including Zoe, Queenie, and Bubbles. Cordelia and Myrtle escape with Mallory (the maybe next Supreme).

So full stop….I AM PISSED OFF!!! Why is it once again that voodoo aka Black witches are made to be the evil or villains to the Salem witches?!?! Yes, I know that there are Black witches in the coven. But you know what else, the Salem witches were taught their magic by a slave named Tituba. (Now, I will pause my anger to say that we don’t know for sure Tituba’s racial background, but the main thing is she wasn’t white.) Tituba is an “other,” and it is too lazy and too easy to make “the other” be the evil. What makes this worse is that Dinah-Oprah does all this just to make a deal with the Devil to survive and get a talk show. (That we know gets cancelled later.) So, her ass is making deals with the literal white Devil but can’t come to some kind of agreement with Papa Legba. Fuck you, Dinah! And some sincere side eye to the writers for this lazy BS writing. See my feelings below. 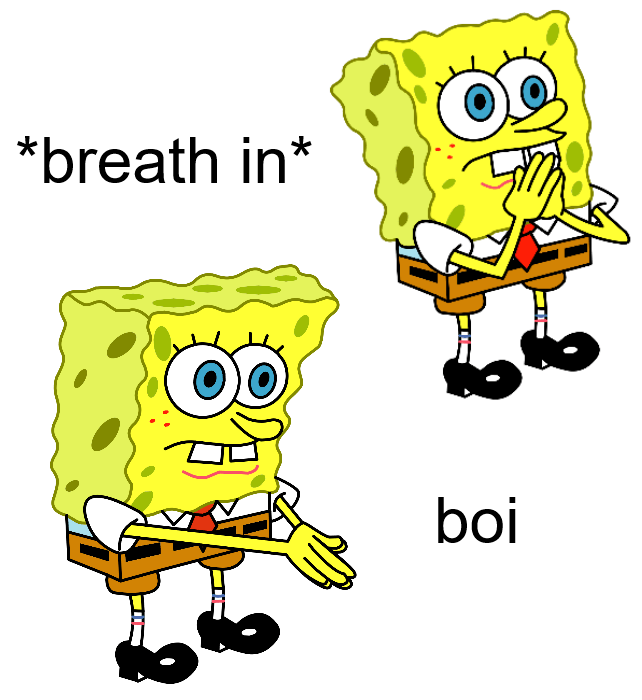 Now, back to the show. Michael is upset that he couldn’t kill Cordelia and is pouting about it. We find out now that robo-Miriam on some level can be controlled, because Jeff and Mutt are literally typing in her dialogue. (I’m pretty sure Michael ain’t this stupid.) They use robo-Miriam to convince Michael to ask them for help. He agrees, and it is during this meeting that they tell Michael about “The Cooperative” aka “The Illuminati.” They tell him all these world leaders have sold their souls to the Devil and are technically under his command as well. Basically, they tell him to get them to start a nuclear war.

In Misty’s swamp home, what remains of the coven are there as Cordelia astroprojects herself back to the mansion to see the carnage of the bodies of all her dead young witches. She goes to Zoe to try and revive her, but her body disappears. The same happens with Queenie’s body. Cordelia is distraught and comes back to her body. She is babbling about not being able to bring them back or even feel their souls to which Madison reveals having seen Michael kill two people and literally destroy their souls making them none existent. And it seems Michael has decided to play eye for an eye to get back at Cordelia for magically hiding Miriam’s soul from him. 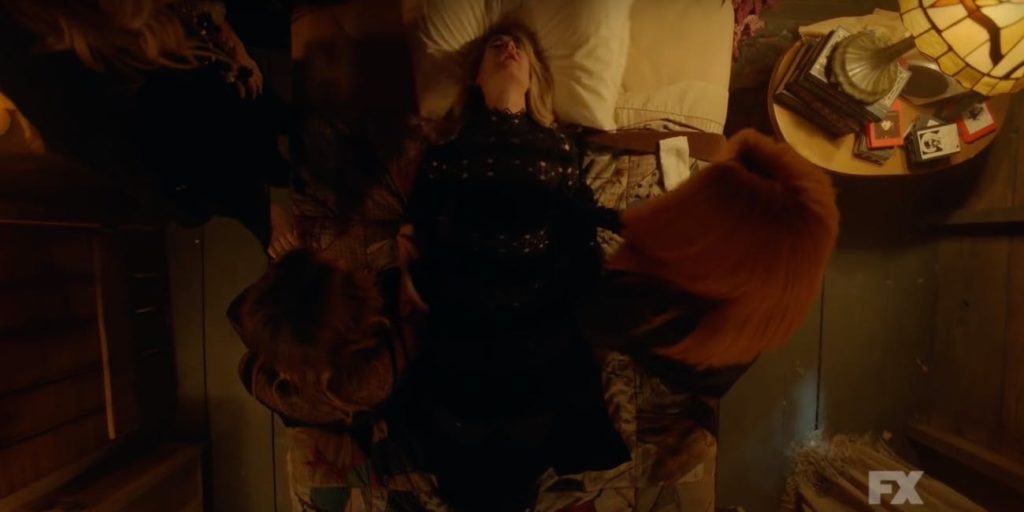 Everything is looking bleak. The coven is down to Supreme Cordelia, her right-hand Myrtle, supposed to be next Supreme Mallory, walking Weight Watcher’s Coco (once again forgot all about her), I’m that badass Madison, and technically flower power Misty, but she is absent (even though they are at her house). Desperate times call for desperate measures.

Cordelia and Myrtle think the only way to stop Michael is to go back into the past and probably stop him from being born. Myrtle reveals that witches have tried to travel through time, but it has never ended well. All have died trying. She only thinks Mallory may be able to do it after she saw her undo time when she brought a deer back to life earlier. However, once again no one, until now, has ever truly believed this power to be possible at all. So, this could be a suicide mission for Mallory, but she is willing to try for the coven’s sake.

A Royal Witch From the Past

Myrtle gives us story time and takes us back to Serbia in July 1918. We witness the death of the royal family, including Grand Duchess Anastasia Nikolaevna. Yes, that Anastasia. It turns out that she was a witch and tried to save her family using a spell and a charm, but she wasn’t powerful enough and they all died. Like an item that makes its way to Legends of the Hidden Temple, Myrtle has Anastasia’s charm and gives it to Mallory before having her get into a bathtub of water. (Sidenote: the last time a witch was in a bathtub Fiona and Marie were drowning Nan. RIP!)

They have Mallory relax, clear her mind, and concentrate on the charm as Myrtle recites the spell. The water in the bathtub turns ink black and apparently that means it’s working. Cordelia pushes Mallory into the blackness, and she is now in the past. She can help Anastasia protect her family for a few moments longer than she was able to on her own, but ultimately the spell wears off quickly and Grand Duchess Anastasia and her family are killed once again.

Mallory leaps from the tub screaming she has to go back, but the spell is over, and she is back in the present.

Running Out of Time and Help

Cordelia and Myrtle are on the porch of Misty’s house lamenting their situation. Cordelia believes the only way Mallory will be strong enough to stop Michael is for her to die as is the custom of the Supreme power transfer. She asks Myrtle to perform “The Sacred Taking” ritual which will kill her and give her power to Mallory, but Myrtle refuses to do so. In the end, they decide to go back to the warlock’s academy to ask them for help in trying to slow Michael down and buy some time. However, what they find is a bloodbath. Every warlock, from the young boys in training to John Henry and Behold, is dead. The bodies that are not piled on top of each other are laid out in the formation of a pentagram in the middle of the room with Behold’s head resting on John Henry’s shoulder at the top point of the pentagram’s star.

In a scene, that is honestly only a connecting point, we see Jeff and Mutt offer Ms. Venable the job as an overseer at one of the outposts after the apocalypse. Meanwhile, and more importantly, Michael has called together the members of “The Cooperative-Illuminati” to reveal his plans to end the world.

The best part of Apocalypse continues to be the parts the focus on Coven characters or incorporates them into what is essentially a Coven storyline. However, I am still pissed about them continuing to make voodoo that “bad” thing here and making Dinah-Oprah so petty as to kill all those girls for a damn talk show that’s going to get cancelled, because it leads to this…

Voodo witches are the worst. They destroyed our coven #AHSApocalypse #AHS pic.twitter.com/eBBcyoC6N2

Once again, white women as witches get to do magic and be our heroes, but Black voodoo is the evil monster. Give me a break. I’m so over it.

Speaking of me being over something, I also think it is lazy writing, and has been repeated far too much over the course of this entire series, that at the end of the series the only way to get rid of everyone is a mass death. This has happened since the beginning of the series, and what makes this worse is that I’m guessing that this is partly a callback to the witch hunter killing all the voodoo practitioners in Coven, who happen to be Cordelia’s husband at the time. (This could give Dinah-Oprah a reason to do this to the witches, but since he was going to kill the witches too, it’s once again a lazy and petty reason. And it makes Dinah-Oprah nothing more than a hated Deus Ex Machina character.)

I think I’m done now. I’m glad next week is the finale. Hopefully, this season can end on some type of decent note (not even a high or good, just want it to be decent). And pour some potion out for Queenie and Zoe.