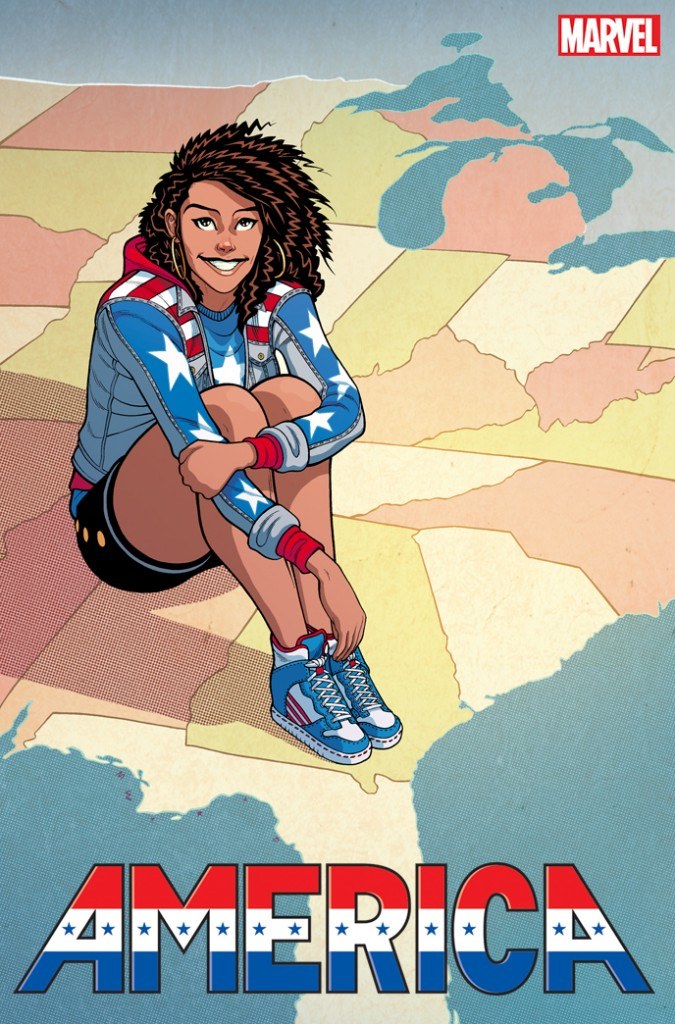 When your favorite comic book character finally gets their own series, it’s a hard feeling to describe. Imagine it’s like watching wrasslin’ and your fave finally gets a shot at the WWF heavyweight championship. They’ve crawled, clawed, and fought for years and finally they get their moment. They get their time in the sun. We’re in an age where there are mad Deadpool or Spider-Man books plus Spider-Family related books (DC does the same with Bats and Supes) because you know that’s money. However, when an underrated fave get a shot at a championship? When they finally get their due? It’s a special moment where seeing your hope in this character hasn’t gone overlooked. Come March 2017 we’re gonna see fan favorite America Chavez run out into the royal rumble and scrap with the best of’em as her first solo series hits the shelves. 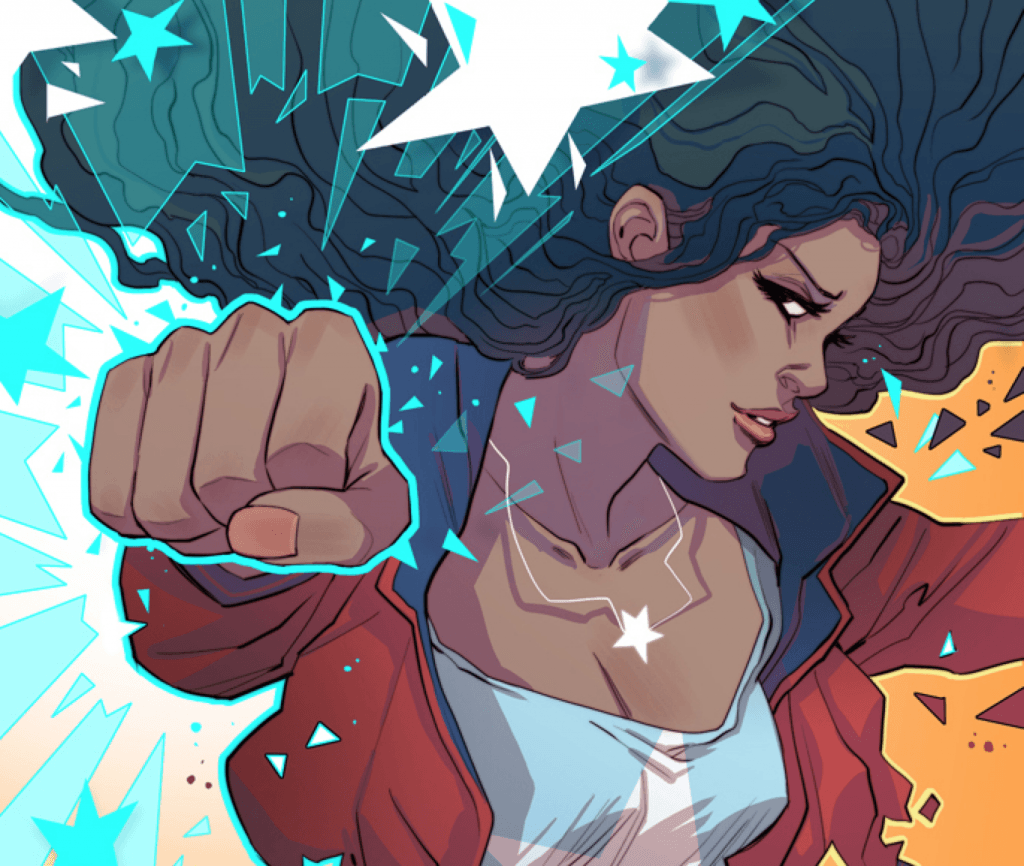 I don’t need to stress to y’all about how we as consumers been wanting to see more diversity in the comics we buying. For those of us that may have grown up Marvel kids *raises hand* they been trying to do right with adding more Brown characters. Which is good… but that’s phase one homie. Phase two is getting more POC / LGBTQA writers telling the stories behind those characters. Which is where the creative team of Gabby Rivera and artist Joe Quinones will come into play. People that look like America Chavez will now be telling her story and having her discover just how powerful she truly is…and I. Am. Here. For. That. Shit.

For those of you that aren’t well versed in all things America Chavez. All you need to know is that she hails from another dimension and her whole role is being an EMT for the multiverse. She hops between realities making sure shit stay in order. Although Chavez is young she been in this game since the age of six, so she has experience. Chavez debuted in Teen Brigade but really came into her own under the third installment of Young Avengers [Kieron Gillen (w) Jamie McKelvie (a)]. This is where we got to see America shine and lead without declaring that she is the leader. She hung around in A-Force and could be seen hanging around her home girl Kate Bishop up until she got drafted onto the Ultimates [Al Ewing (w), Kenneth Rockafort (a)]. Yeah, The Ultimates is the when ya girl got in the big leagues She’s on a team with powerhouses that are stronger than almost any iteration of The Avengers.

Ya heard? Lemme repeat that. Ya girl is on a team with Captain Marvel, Spectrum, Blue Marvel, and Black Panther. Yeah. When I say powerhouses I ain’t talking that bullshit. I ain’t talking that light weight shit. I’m talking in strictly mutha fuckas that get shit done. The Ultimates is the team that gets what can’t be done, done in the Marvel Universe. Get familiar, America Chavez is Queer Brown girl brilliance, America Chavez is a fresh pair of Jordans and a snap back, America Chavez is boy shorts and A-town stomping through multiple dimensions. Ya girl out here with the hoop earrings, big hair, and punching through Black holes like they’re a speed bag. You. Can’t. Tell. America. Chavez. Shit. Feel Me?

I been riding for America Chavez from day one and we’ve been seeing her getting more and more buck in Marvel. From Monica Rambeau being in shock that America can almost keep up with her in light speed (as well as making her feel old which is a feat in and of itself) to America teleporting her Ultimates’ teammates outside of reality. Can we just process that for a hot minute? Your girl is out here transporting mother fuckers to the outskirts of reality brethren. WHEN THE FUCK WOULD YOUR FAVOR EVER BE ABLE TO ROCK ON THAT LEVEL? Plus *Spoiler alert* in Volume 2 of The Ultimates America is taking charge as The Leader.

Yeah, your girl may be young but she’s the best there is at what she does and what she does is save alternate realities, ask somebody! Now I say that because The Ultimates kept claiming that they don’t have a de facto leader but Carol was taking that role more and more as Civil War II happened, but here’s the thing. IF we take it back to wrestling then The Ultimates are The Four Horseman and America Chavez is The Enforcer “Double A” Arn Anderson of The Ultimates because When Arn was asked why he let Ric Flair run the Four Horsemen, Arn responded by saying, “That’s just it, I LET him run the Horsemen!”. America Chavez LET muh fuckas run the Ultimates but this time around she’s now in the driver’s seat. There’s few things pop culture wise more exhilarating than watching your fave carve out their own section of a universe they’re in. We’re going to see what it looks like for America’s life when the world building finally revolves around her. 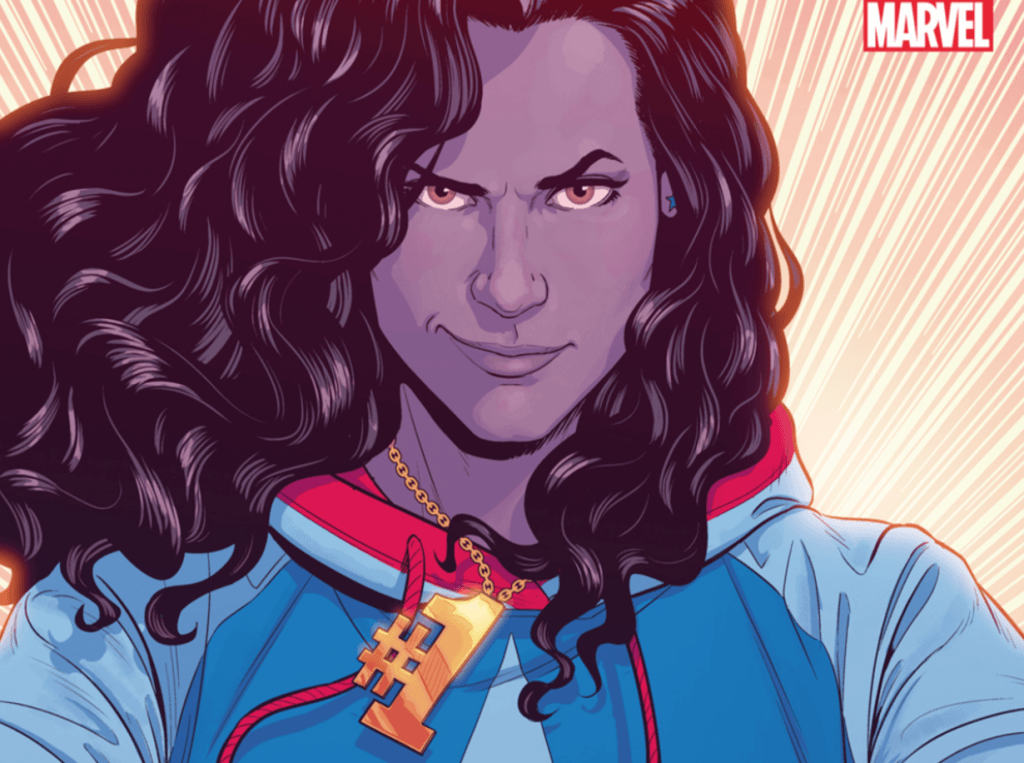 Listen, muh fuckas want a hero that’s benching semi trucks and is armed with a fashion sense that makes you get in front of your vanity mirror and pep talk yourself into stepping it up? Muh fuckas want a hero that’s cynically optimistic, blunt, matter a fact, and nails the #IntersectionalFeminismChallenge daily? Then check out ya girl America Chavez in The Ultimates 2 for your fix. Get that supplied demand come March 2017 when America Chavez #1 drops. I don’t know how the United States of America is goin’ fair in 2017 under this Trump presidency but I’ll tell you this much, America Chavez will still be blessed as a muh fucka.