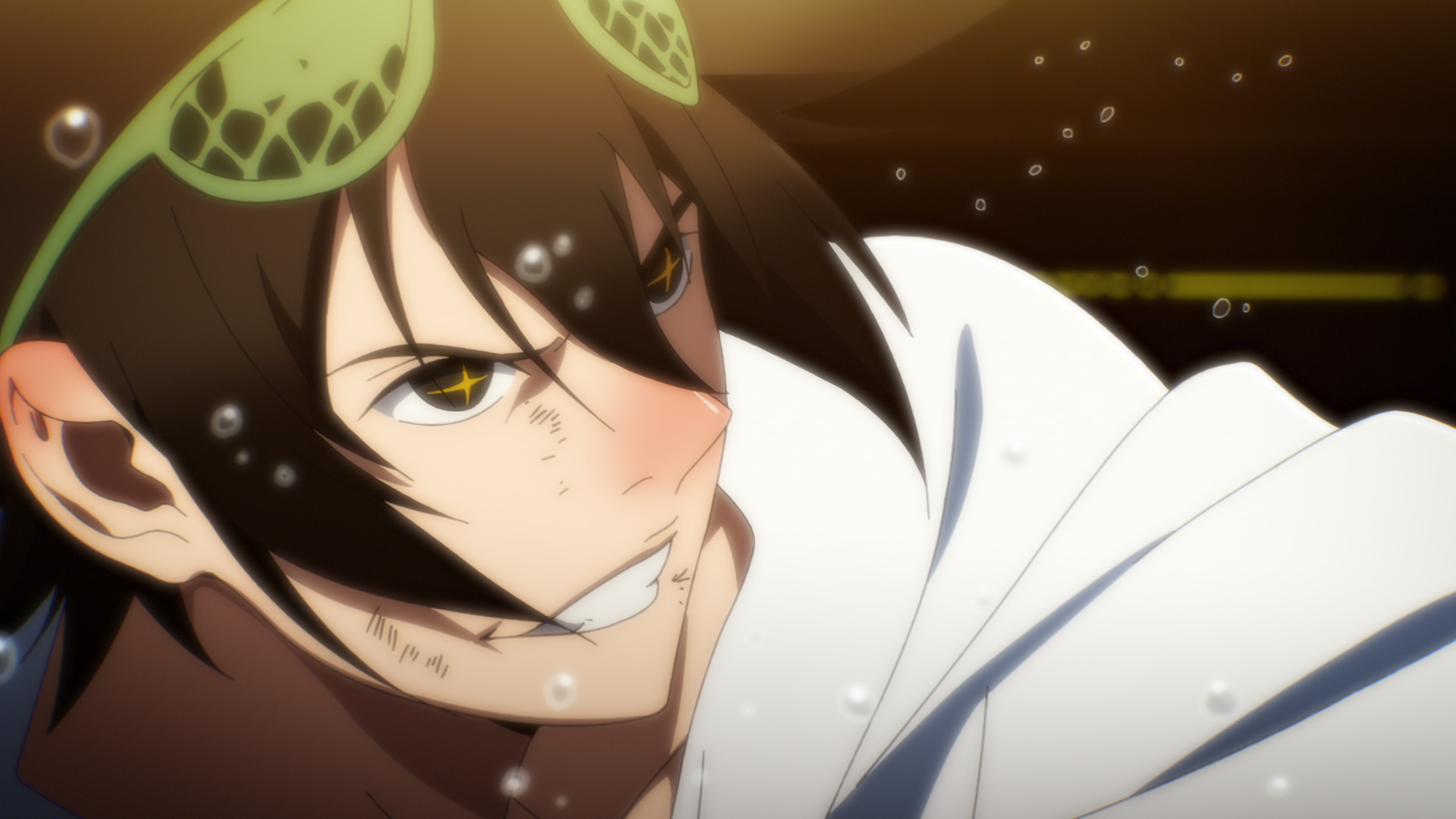 This was it!! The creme de la creme! This episode felt like a finale. This ep felt like a movie and will absoluuuuuutely be the one that fans’ll be thinking about for the next year, unless they somehow manage to outdo this superb showcase of well-choreographed martial arts, breathtaking animation and literal God Tier conflict! They came through with a heavyyyy dose of God of High School lore and we finally have some answers after a wiiiiilddddd series of events that may go down of the dopest episode of anime in 2020. We now know why these Nox creeps have such hate in their veins. We got the illest flashback to the reason Ilpyo hates Jegal Taek, and we got the scoop on why Nox is after Jin Taejin.

Lets take it back a few years before we get into gargantuan events of the present day. Ilpyo has a reason to win this tournament that would bring Han Daewi to tears. Like Daewi’s terminally ill friend, Ilpyo is determined to heal his dear friend’s leg that was decimated by Shark Tooth Jegal Taek, because he’s clearly been a dick since day 1.

The static we saw between those two a few episodes ago makes so much sense now.

Back in 2020, Park Ilpyo readies himself for what he knows will be his toughest fight of the tourney, but first he gets back on his coaching flow and tells his teammate Park Seungah that the first strike is key when fighting Daewi. Too bad for her, cuz Daewi been getting that low key Charyeok training! Homegirl did her Bast given best to take advantage of that palm strike, but a lil thrown off equilibrium wasn’t enough to take out the killer instinct karate kid! I don’t know what that icy defensive move was but after that moment, he let out a lil Charyeok steam and put that girl on a stretcher.

Sidebar: You might think this running theme of reasons to fight in the God of High School tournament would get old, but that’s just not the case. Seungah was determined to put up a fight whether her homie thought it was a good idea or not.

The Hero We Deserve Need

Meanwhile, Park Mujin out in these Seoul streets defending his tournament like the unsung hero we never knew we needed. Personally, I thought he was bound to be the ultimate bad guy but low and behold, he’s the truth!
My dude rolled up on Sang Mandeok ready for the SMOKE.

Good thing too, cuz Mandeok aka Omega Nox just turned some dude into vaporized black smoke. I thought we were in for an insane hand to hand fight and instead we witnessed the wildest OP battle of the entire series. The hands of these powerful men were indeed in full use, but they were being put to an entirely different use! Mandeok ripped open a hole in the ether with his Omega hand tat and out came that mountain crushing sword we saw used on Grandpa Jin before he was captured. I was thinking nothing of the X on Mujin’s hand for 9 episodes and BOOM my dude whips out the illest Hidden Leaf Village protection barrier.

Mujin is holding down the susanoo force field until Omega Nox gets his boys to complete their barrier busting jutsu and out comes a mufuckin shadow God skydiving through the air like a Red Bull athlete, who grabs ahold of that evil Excalibur sword and prepares to devastate the entire city below.

We found out why these guys are so mad at everyone not in creepy hoods. They believe in one God and that God only (Crusade wars anyone?). So, all these people worshipping other Gods and borrowing their powers via Charyeok deserve to be extinguished. Mannn, the way this battle of wills went has to be seen to take in the gloriousness. The ground level Smash Bros melee between Nox and the tournament judges was bonkers! Loved the coordination between Q & O. The scythe clown and dragon Charyeok damage was lethal! I don’t know about you, but I went nuts for the fellow Six member and his drum circle crew of battle musicians who pulled up to support!

And this was all going on while Mori and Ilpyo were going beyond their limits and becoming greater beings than the ones that stepped into that ring. Mori finally understands that Nox plans on harnessing his grandpa’s massive powers for themselves and has stepped up his selfish reason for wanting to win the God of High School tournament and is now in it to save OG Jin. But there’s a certain opponent who was bestowed with dope Ninetails Charyeok powers who might have something to say about that!

As the 10th episode of the 1st season, there’s no doubt; it delivered exactly what was needed. I said it earlier in the season and I’ll say it again, God of High School has the fire action to overcome typical battle anime expectations and tropes. It has a vibrant animation style that, at times, is mixed with a visceral black and white visual that makes this show uniquely appealing. Now that the show has embraced the insanity of its story, there’s no doubt God of High School has propelled itself to the top of the favorite new anime of the year conversation and is destined for great things. If you’ve been looking for your next great anime binge, or have been mulling over the decision to start God of High School, you can stop debating and just. press. play.