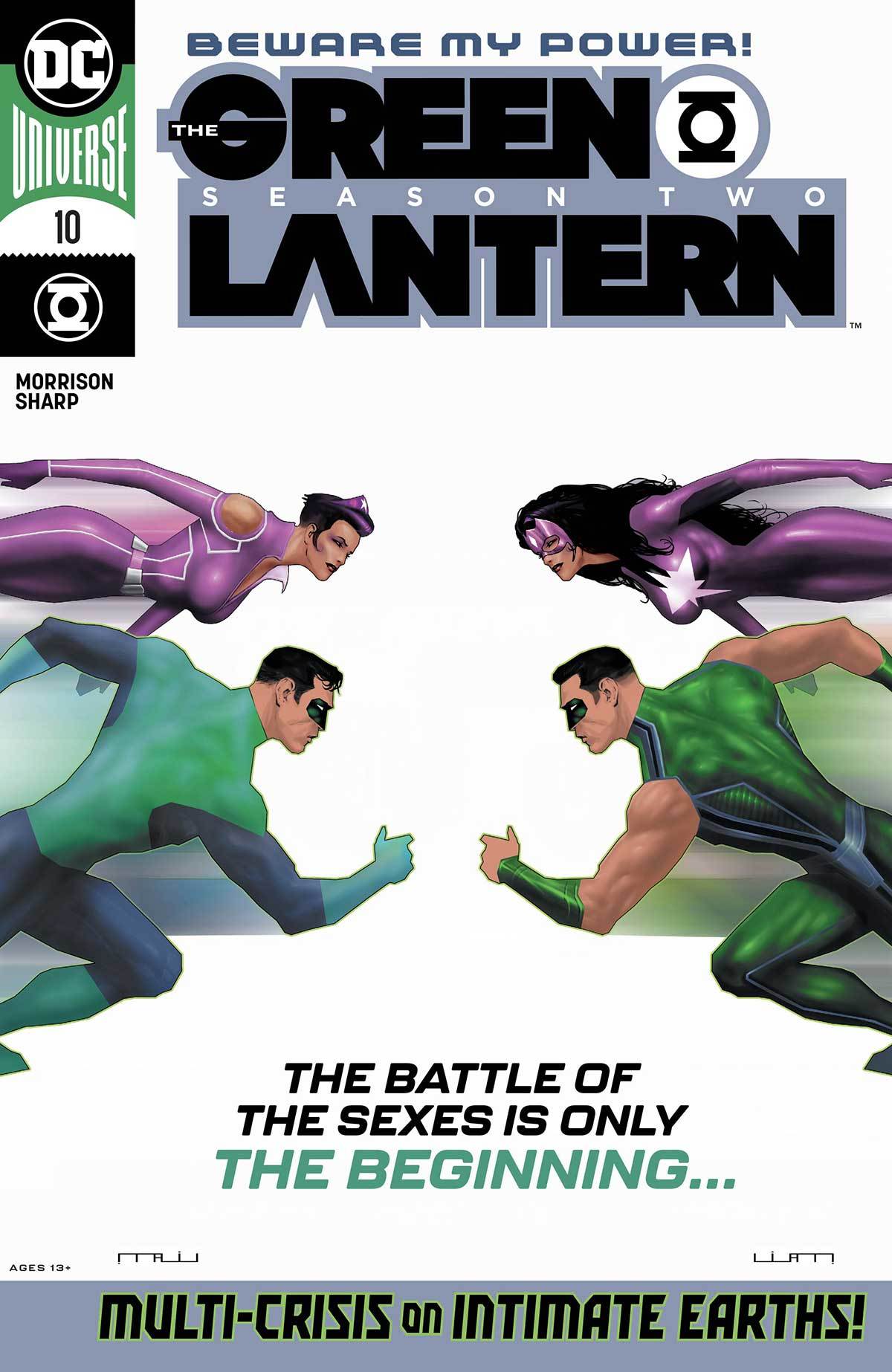 This issue is dubbed multi-crisis on intimate Earths. And while it’s a fun play on words that’s reminiscent to some of DC Comics’ biggest crossover events, it’s also true.

Green Lantern Season Two #10 takes place in Universe 11, where a villain named the Golden Destroyer is in the process of demolishing universes that have Green Lanterns and Star Sapphires. So, basically every universe.

The lovey dovey stuff comes into play when multiple Hal Jordans meet multiple Carol Ferrises. Turns out their love is destined in every universe. The goal of these star-crossed lovers is to take down the Golden Destroyer before he can do too much damage on Universe 11 and move on to the next one.

Universe 11 is just like the prime universe, but all the major heroes on this Earth are women. My favorite is Sister Terrific. It’s not only a good name, but it’s so damn clever. It’s one letter of a difference to the male version that we know but it makes all the difference. Morrison is a magician with wordplay. You truly love to see it.

Speaking of magicians, Liam Sharp is an absolute wizard on the art. Issue after issue, my mind is blown by what I’m looking at on the page, and this issue is no different. I’m convinced that Morrison doesn’t even have a script and just tells Sharp to have fun with it on each page. This guy is showing us all how to stretch the limitations of a comic book page. I’m eternally in awe.

What’s kind of funny about this storyline is that it’s a self-contained story taking place in the vast multiverse with extremely dire consequences, yet it has absolutely nothing to do with Dark Nights: Death Metal. Not one bit. Morrison said this is his playground and he’s not playing with anyone else. I respect it.

Green Lantern Season Two #10 is a multiversal story about love, being misunderstood, and wanting to be yourself. There are also a few extremely clever instances of wordplay that will guarantee a chuckle out of you.