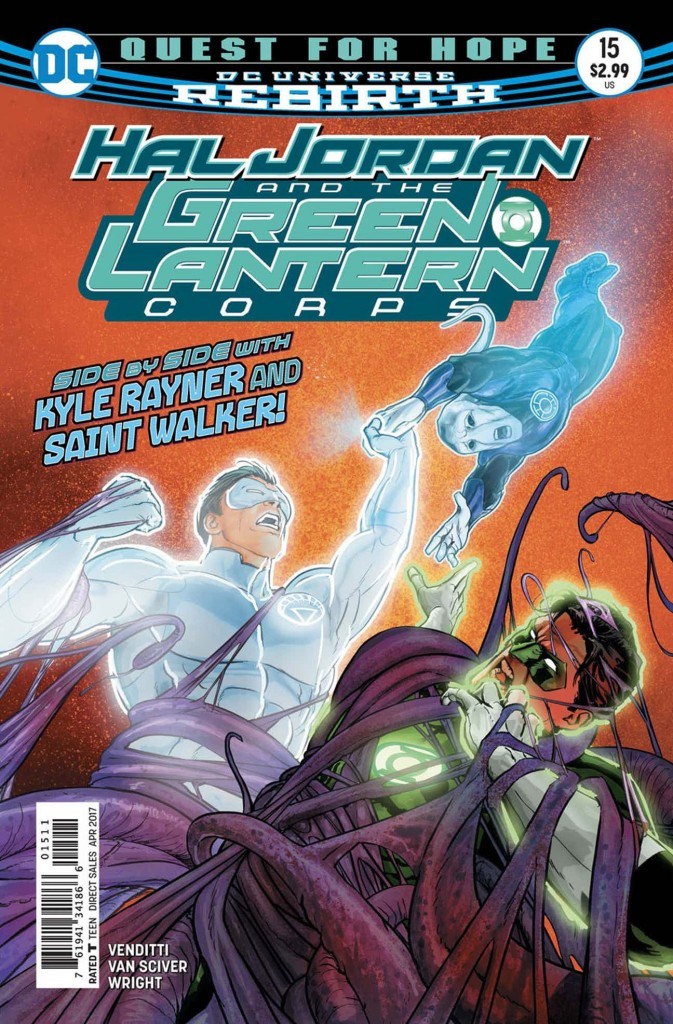 The thing I love about these runs that reinvigorate long-standing franchises is that they usually end up being redemption songs for certain second and third tier characters that have never really gotten their respect. Having said that, Hal Jordan and the Green Lantern Corps is straight evidence of Robert Venditti handling his business. This book is legit Steph Curry in the fourth quarter.

So, yeah… issue #16 does do a little legwork to show us the Green Lanterns establishing the new order, laying down the law on any Sinestro Corps stragglers who don’t get with the program. That’s nice and everything, but the lion’s share of this book and official MVP storyline is Guy Gardner making his last stand against an old foe. This issue pulls out all stops and spares no savagery. Seriously, folks, this fight gets downright difficult to sit through but it’s a great vehicle to delve into Gardner’s personal motivations with some flashes of his troubled childhood.

If you don’t come away from this with way more respect for this character than you had previously, I’m hard pressed to not call you a hater. Also, Rafa Sandoval’s artwork brings out the best in these characters while capitalizing on the grit of this epic dust-up. Even though we don’t get a lot of ring construct goodness like we have in past books, Sandoval keeps every panel feeling hyperkinetic and fun.

Bottom Line: I’ll put it simply: anyone who can convince me to be a Guy Gardner fan deserves a medal. Venditti and Sandoval are a match made in Oa. All this book does in win.