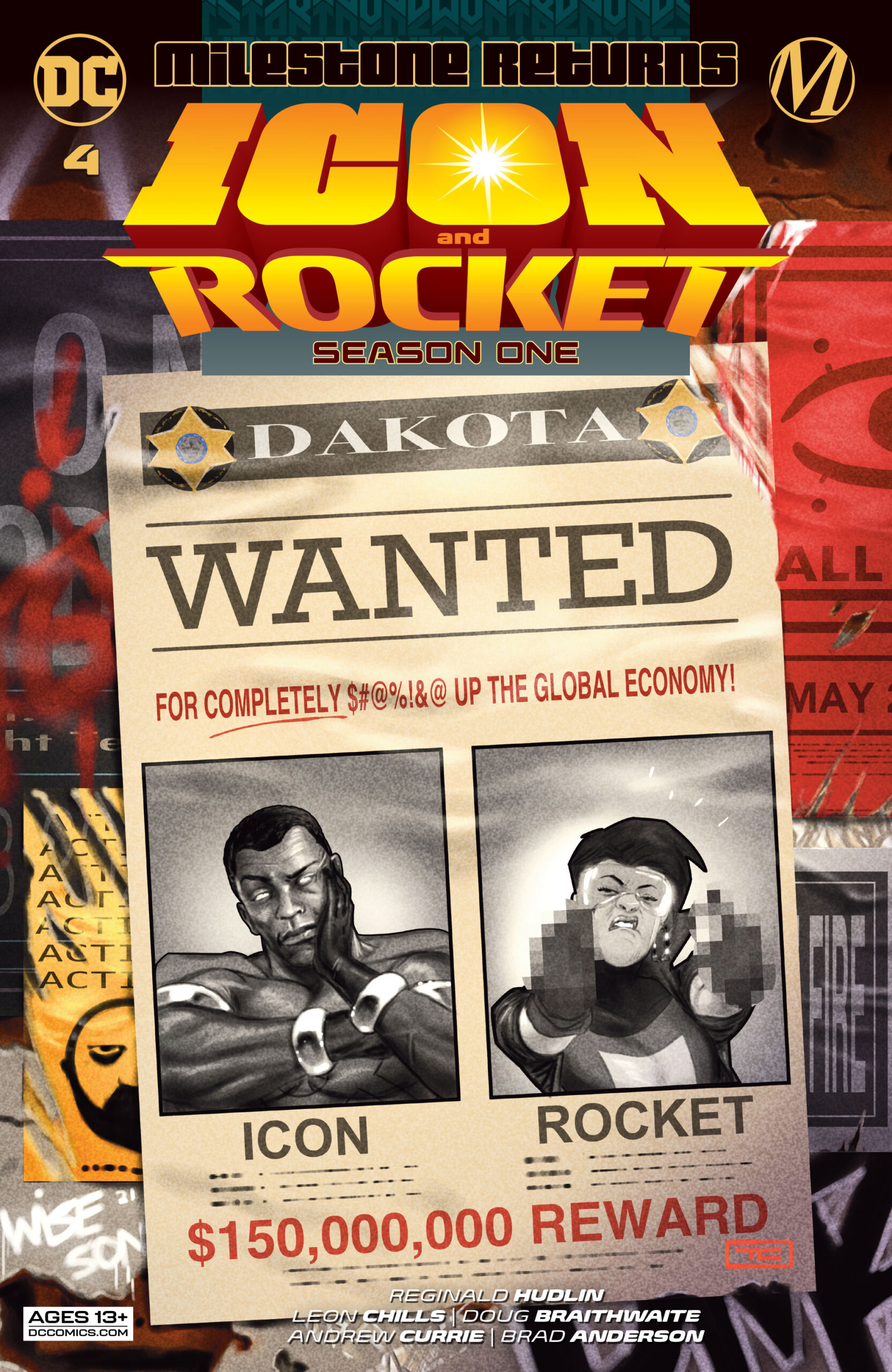 Y’all. It just got real in Icon & Rocket.

This series has been great from the jump, but Icon & Rocket #4 took it to the next level.

Icon & Rocket have cleaned the drug dealers off the streets, then went worldwide and dealt with the suppliers. The only problem is, that’s the money that controls governments, and without its influx, there’s serious potential for major power vacuums.

That’s where we get our new villain, a Martian Manhunter who has been on Earth for almost as long as Augustus Freeman, who the government has tasked with taking out alien threats in the past. It’s heavily implied that he killed a baby Kal-El in 1939, which is absolutely insane and cool.

Now he’s after Icon & Rocket, trying to scare Rocket into stopping this crusade by hurting her mother.

First off, I just want to say: Wow.

When they first announced the return of Milestone, I felt like it would be it’s complete own thing. Yes, it exists in the greater multiverse, but I didn’t think they’d be touching on, even in small ways, major markers of the universe. But now we’ve got a full-fledged Martian Manhunter who killed Superman.

It’s not supposed to be J’onn J’onnz, at least not as of now. I’m pretty sure it’s just another Martian. And I like that. It’s just enough of a nod to pique your interest but not too on the nose where it feels forced. I can’t explain to you how far my jaw dropped and how loud I screamed. It was so dope.

Icon & Rocket #4 give Icon an interesting villain, and because they’re both not from this planet but their origins are different, I wonder if in the future they might need to team up when the powers that be make the decision to go after both of them. I’ll be there for that. That’s exciting stuff.

10 Multiversal Connections out of 10