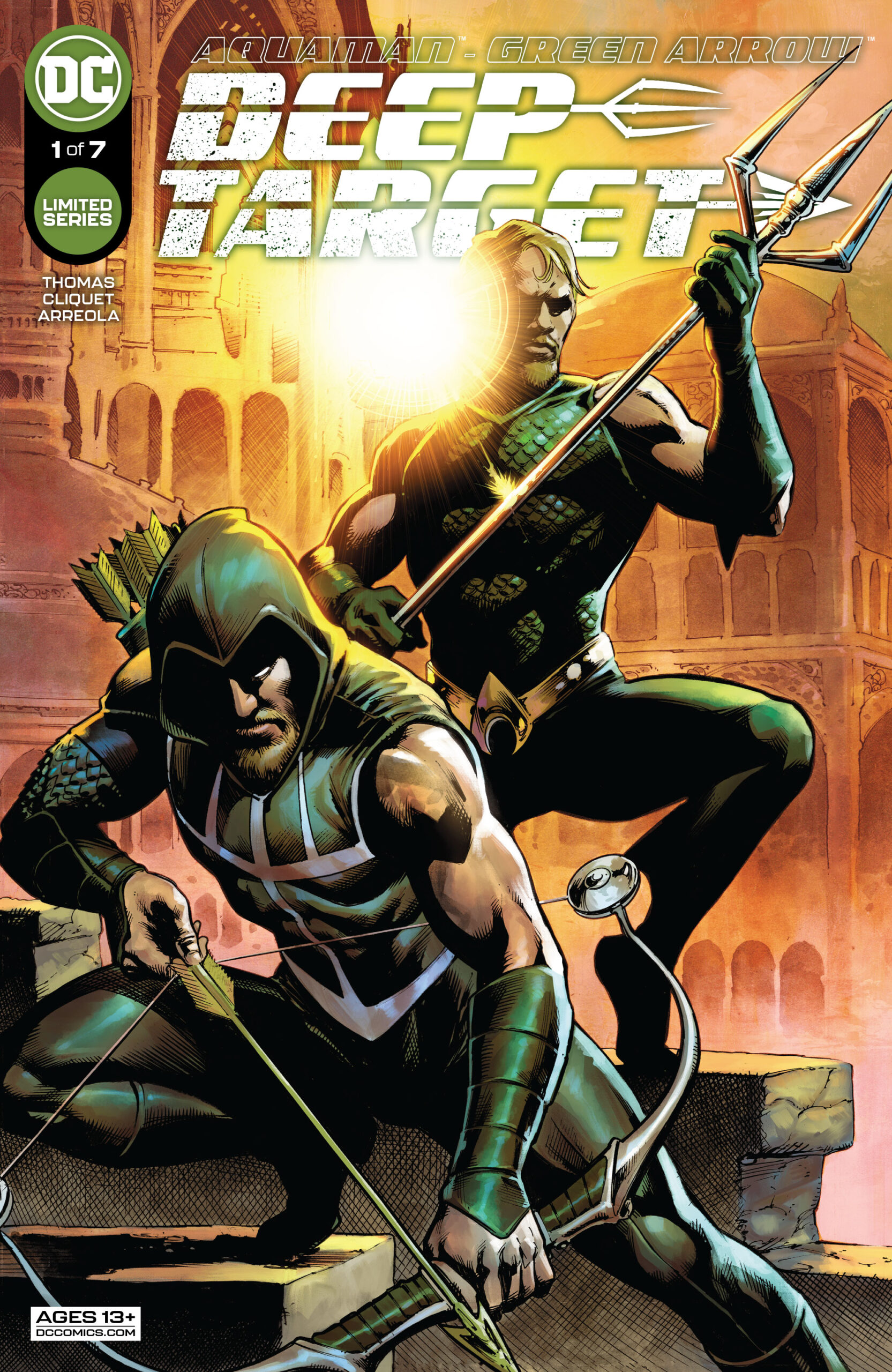 It’s me! Ya boy who loves to review the short-run DC books with 10 or less issues. We got some more heat dropping this week.

Aquaman/Green Arrow – Deep Target #1 is nothing you’ve ever asked for, which makes it everything you need. This book follows the two aesthetically green characters as they try and figure out why they’ve switched places in their lives. Arthur Curry wakes up as Green Arrow, and Oliver Queen wakes up as Aquaman.

I told you. It’s nothing you’ve ever asked for. But that’s dope, right??

The answer to their problem seems to be based on time travel, as some unnamed villain types are seen trying to bring things from the past to the present. Specifically, a baby dinosaur who I’d definitely like to pet.

So what I’m saying is, this is a buddy comic featuring two B-level superheroes stuck in a conflict revolving around time. Sign me up for all seven issues now!

I really liked how easy it was for you to jump into Aquaman/Green Arrow – Deep Target #1. Thomas masterfully weaves us into this world and subverts our expectations when he makes the reveal that the characters have somehow switched places. He lets Cliquet shine by giving him a lot of heavy lifting to show us relevant aspects of the story instead of just using exposition to relay that information to us.

Thomas is also using a closed plot, at least for now, to really up the intrigue for the story. There are so many wild choices in this first issue that have left me with so many questions. There’s no way I’m missing the next issue. And I can’t believe I’m saying that about a book where the protagonists are Aquaman and Green Arrow. Alone. Nobody else. Just those two blond dudes. I’m telling you. You gotta give this a shot.