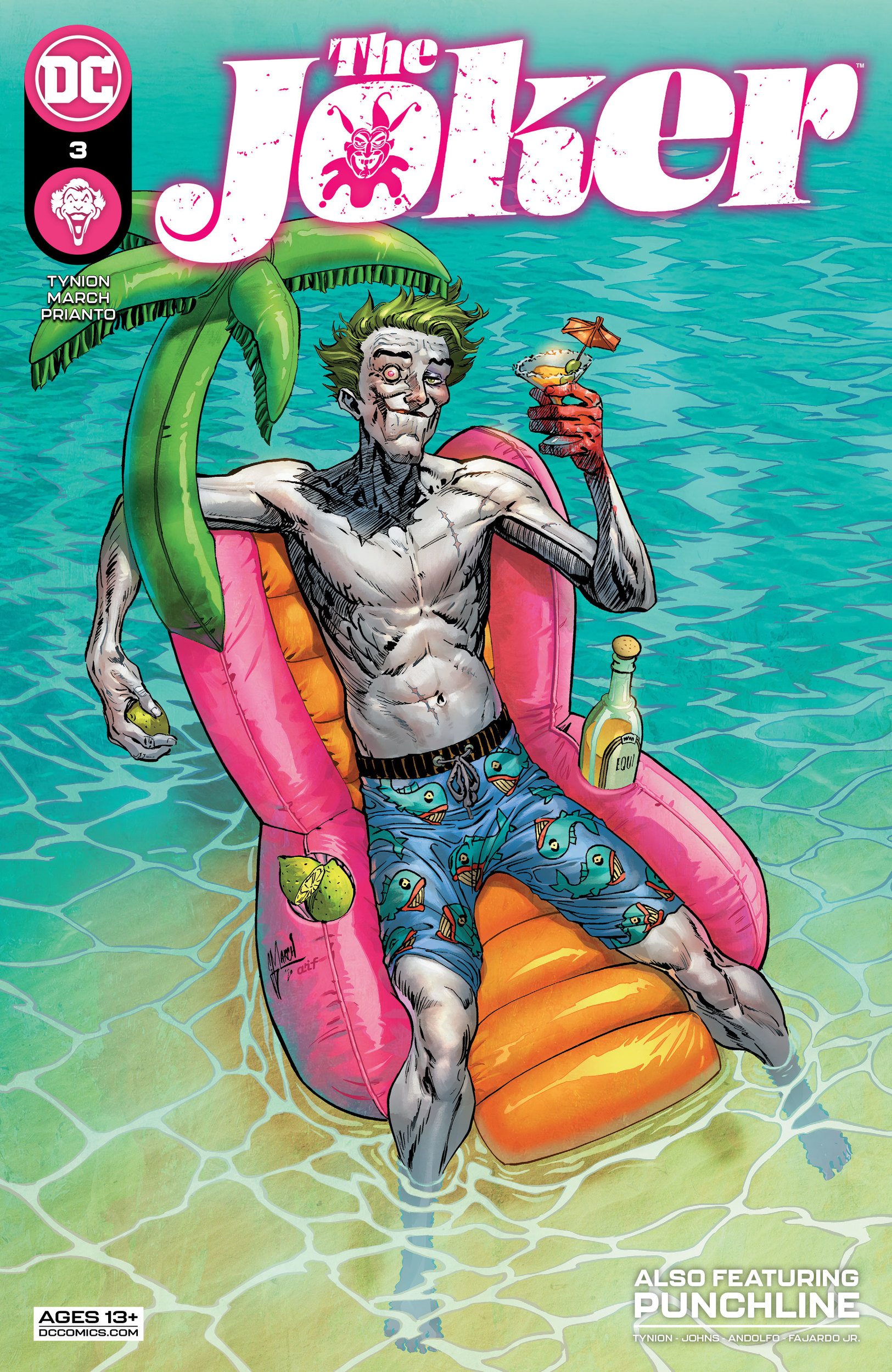 Joker #3 gives Jim Gordon some breathing room before he goes up against “The Clown Prince of Crime.”

Gordon is a sad, tortured man. The Joker has time and time again ruined his life, but he still persists. He may be in one piece, but the cracks in his armor are glaring.

That’s why he jumped at the opportunity to kill the Joker when offered the chance. It probably won’t fix those cracks, and he knows that. But maybe, just maybe, it’ll help stop the nightmares.

What I really liked about Joker #3 is that it shows Gordon having a good time. His employers set him up in a jet going to where they think the Joker is residing, and they gave Ol’ Jimbo a Black Card to do whatever he wants.

So yeah, my guy might be a broken shell of a man, but right now, he’s on a mission to go kill the man who broke him, and he gets to wear all the Hawaiian flower shirts and drink with as many locals as he wants in the process. He’s not exactly smiling, but I just know he’s having a good time for once.

I’ve talked a bit in previous issues about how the narration of this book is its driving force. That remains true. And in this issue, it was particularly strong.

So often, Tynion IV opts to use narration in place of dialogue, so that almost every piece of information is from Gordon. Even if what we’re seeing is a scene between two people talking, it’s Gordon who is telling us what happened through his narration, instead of us reading the dialogue from the actual scene.

It’s an incredibly close view of a character, and it goes a long way in convincing the audience just how damaged Gordon is and how strong his motivations are.

Joker #3 definitely makes for a more dense read, but that’s not a complaint. Reading this book is like reading the notes of a detective as he solves his case. And that’s essentially exactly what’s happening. We’re getting every entry from his perspective as things unfold.

In a short at the end of the book, Harper Row starts to piece together Punchline’s past, in an effort to understand what made her such a big fan of the Joker.

Enjoying The Joker? Check out BNP’s other reviews here.